Tipperary selector Shane Stapleton had to be taken to hospital at the end of this Division 2 football fixture after being knocked over by Clare’s Jamie Malone midway through the second-half.

On 46 minutes, Clare forward Jamie Malone received a straight red card for allegedly pushing Stapleton over. The Tipperary selector fell to the ground and hit his head on the concrete in front of the main stand.

Stapleton got back to this feet but was seen lying on the ground four minutes later after complaining of feeling unwell. He was attended to by medical personnel on both sides before being stretchered down the tunnel. An ambulance was called, arriving not long after the final whistle. 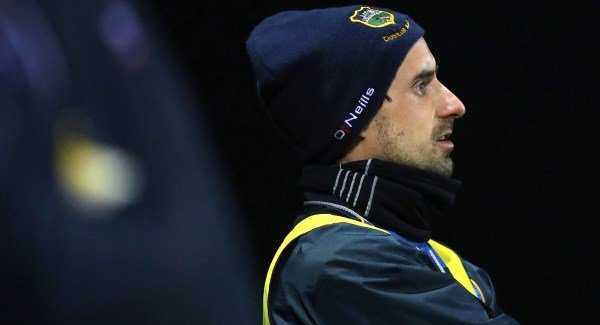 On the field, the sides were level when Malone was dismissed. Jimmy Feehan and Bill Maher subsequently sent Tipperary two in front.

Kieran Malone and Pearse Lillis had Clare level at 0-10 apiece five minutes from time. Conor Sweeney’s fifth free pushed the visitors back out in front, Keelan Sexton responded with a placed-ball kick of his own.

Clare had the chances to snatch it, but they couldn’t find a winner. They finished with 13 as Eoin Cleary was black-carded at the death, while Tipperary’s Josh Keane was sent off for a second yellow card.

Tipperary played with the breeze in the opening half and despite owning the ball early on, they wouldn’t have been too pleased with the size of their interval advantage – 0-7 to 0-5 read the scoreboard at half-time.

Conor Sweeney kicked the visitors’ opening three points and they led 0-5 to 0-1 after 16 minutes. Not enough around Sweeney, however, were offering a similar threat. Michael Quinlivan had to be escorted off on 27 minutes and while the Premier men re-established a four-point cushion shortly after, the hosts finished the half the stronger. Ciaran Russell and Eoin Cleary (free) split the posts, with another opportunity or two going awry.

Point lost for the Banner, point gained by Tipperary.