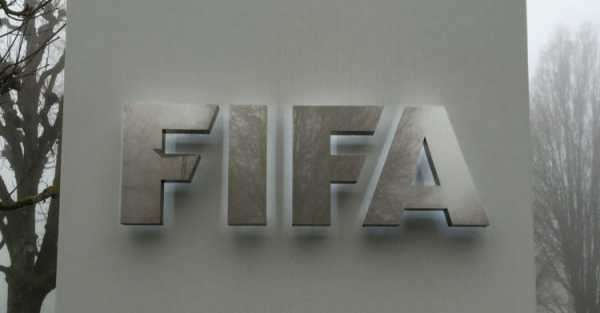 Russia must face the realities of mounting sporting sanctions led by suspension from all UEFA and FIFA competitions, including World Cup play-offs.

The Russian invasion of Ukraine has led the European and world governing bodies to impose temporary expulsion from all club and national fixtures.

A joint statement from the governing bodies on Monday read: “Following the initial decisions adopted by the FIFA Council and the UEFA Executive Committee, which envisaged the adoption of additional measures, FIFA and UEFA have today decided together that all Russian teams, whether national representative teams or club teams, shall be suspended from participation in both FIFA and UEFA competitions until further notice.

“These decisions were adopted today by the Bureau of the FIFA Council and the Executive Committee of UEFA, respectively the highest decision-making bodies of both institutions on such urgent matters.

“Football is fully united here and in full solidarity with all the people affected in Ukraine. Both presidents hope that the situation in Ukraine will improve significantly and rapidly so that football can again be a vector for unity and peace amongst people.”

Alisher Usmanov, who has sponsorship links to Everton, has had his assets frozen as part of sanctions imposed by the European Union.

The Uzbek-born billionaire’s USM Holdings sponsors the Toffees’ training ground, with an initial five-year deal announced in 2017, and has an option on naming rights for their new stadium – a deal worth £30million to the Merseyside club.

European football bosses UEFA on Monday confirmed the cessation of its sponsorship deals with Russian energy company Gazprom, worth around £34million a season.

The suspension should put a stop to Russia’s World Cup play-off semi-final in late March.

FIFA had faced criticism over its initial decision on Sunday night to allow Russia to continue to compete in the men’s World Cup play-offs, but on neutral territory and under the Football Union of Russia banner.

Players unions and national associations joined the queue to condemn Russia and call for sporting sanctions, with the Scottish, Irish, Northern Irish, Welsh and English FAs all vowing to refuse to face Russia in any fixture.

The International Olympic Committee called on sports federations to exclude Russian and Belarusian athletes, officials and teams from international competitions wherever possible.

The British Olympic Association also issued a statement calling for the removal of Russia and Belarus from all top sporting competitions.

An International Paralympic Committee meeting to discuss the invasion is taking place on Wednesday ahead of the Beijing Winter Paralympics starting on Friday.

It continued: “Given the magnitude of the humanitarian crisis unfolding in Ukraine, we cannot see how the participation of Russia or Belarus in the Beijing 2022 Paralympic Winter Games is compatible with the objectives of the Paralympic movement.”

Formula One’s governing body was due to hold an emergency meeting on Tuesday to discuss the future of Russian driver Nikita Mazepin.

The Automobile Federation of Ukraine president Leonid Kostyuchenko has demanded the FIA bans all Russian and Belarusian drivers from competing outside of their own countries.

World Rugby denounced Russia’s “aggressive invasion”, adding the country’s actions have been facilitated by Belarus, and the governing body has therefore decided to suspend both countries “from all international rugby and cross-border club rugby activities until further notice” with full and immediate effect.

The Rugby Union of Russia has also been suspended from World Rugby membership.

And the International Ice Hockey Federation (IIHF) suspended all Russian and Belarusian national teams and clubs from all competitions until further notice.