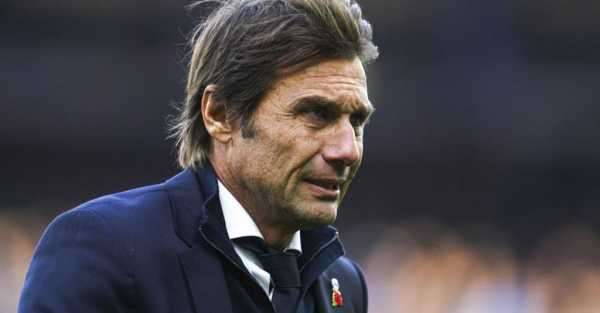 Tottenham boss Antonio Conte insists there is always a “strategy” behind his dramatic press conferences.

The Italian appeared to cast doubt over his future after last week’s defeat to Burnley when he claimed he was “not good enough” to fix Spurs’ problems and that the club needed to make an assessment on his position.

The comments, which came 24 hours after he said he was happy at the club, were put down to Conte being an emotional character, but he says that his words always carry a specific intention.

“I think that you have to understand when there is a strategy or not and not only an emotional moment,” he said.

“It is not right to stay here and explain why I talk in a way and after three days I spoke in another way. Maybe I can explain to you, every time we have a press conference there is a strategy behind it, not an emotional moment.

“I understood that was the right moment, after four defeats in five games and winning the game against Manchester City three days ago, to send the right message, a clear message to myself, the club and also the players.

“We have to know we are here to enjoy football, at the same time to improve ourselves, to ask to ourselves for 100 per cent commitment and desire and also to underline that a team like Tottenham does not exist to lose four games in five.

“If someone understood that my words were from an emotional moment, no. In that moment I sent a specific message to the whole environment and it has happened in the past, when I want to push the situation and the environment in the same direction, because I am seeing we can do better, it is not because it is an emotional moment, it is because there is a strategy behind.”

Conte’s words had the desired effect as Spurs bounced back from the Turf Moor defeat with a 4-0 romp at Leeds.

Another defining moment in their season comes on Tuesday when they visit Middlesbrough in the FA Cup fourth round.

The cup competition is their only remaining chance of silverware this season, but with Manchester City, Liverpool and Chelsea still involved, Conte says his side are the “underdog”.

“For sure it’s a big challenge for me, for my players because maybe you start this tournament as underdog,” he added.

“But at the same time you know when you arrive to play this game and you know that there are only four games to reach the final and you start to feel the possibility to see the target, to see the goal close to you and then for this reason we have to try to push ourselves to go ahead in this competition and to try to create problems for the team that usually at this moment they are favourites to win this trophy.”