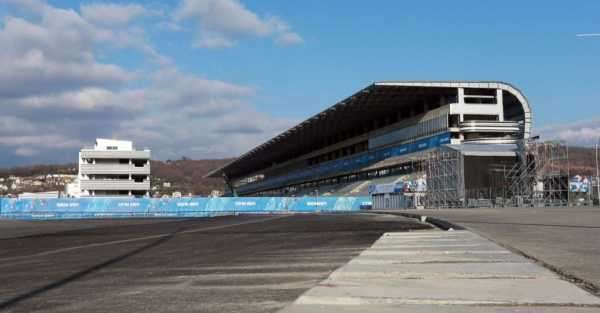 Formula One bosses have refused to call off the Russian Grand Prix.

The race in Sochi, which has been on the calendar since 2014, is set to take place on September 25th.

An F1 spokesperson said: “Formula One is closely watching the very fluid developments like many others and at this time has no further comment on the race scheduled for September.

“We will continue to monitor the situation very closely.”

The Russian race at Sochi’s Olympic Park is due to move to Igora Drive, 40 miles north of St Petersburg, from 2023.

UEFA is understood to be drawing up contingency plans over where to host this season’s Champions League final.

The showpiece is due to take place at the 68,000-capacity Gazprom Arena in St Petersburg on May 28th.

Speaking on Wednesday, the grid’s sole Russian driver, Nikita Mazepin told Sky Sports: “I am not struggling at all because I have always been a big supporter of sport without politics.

“From the understanding that we have with Formula One, the race is going ahead, and you will surely see me there.”