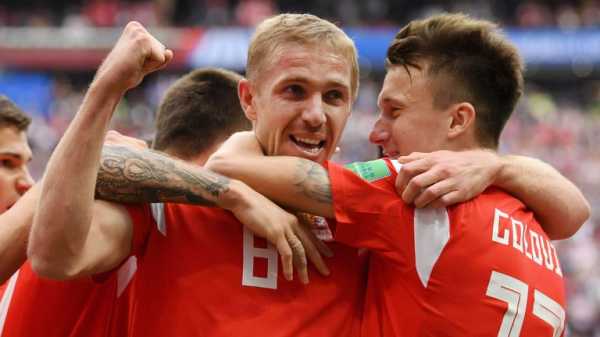 World Cup hosts Russia made light of the pressure to see off Saudi Arabia in style as they won the tournament opener 5-0 in Moscow.

Russia head coach Stanislav Cherchesov had insisted beforehand that there was no pressure. This was just a game. But the country’s president Vladimir Putin was looking on from the stands and the eyes of the world were on the hosts as they kicked off the 2018 World Cup. Anything but victory over Saudi Arabia would have been a humiliation.

Hopes were not high. Former Manchester United winger Andrei Kanchelskis, now 49, summed up the mood on the eve of the game when he called this the worst Russia team of his lifetime. Few disagreed, with the paucity of talent underlined by the recall of 38-year-old Sergey Ignashevich. They went into this without a win in their last seven matches.

But embarrassment at their own party was avoided in style as Russia secured an emphatic 5-0 win that has already put an end to the worst fears of those at the Luhzniki Stadium. Make no mistake, this was the dream start. Yury Gazinsky’s early header settled any nerves and they even survived the loss of key man Alan Dzagoev to a hamstring injury soon after.

Dzagoev’s absence may yet prove rather more costly for Cherchesov down the line but on this occasion it was his replacement Denis Cheryshev who blasted home the goal that doubled the side’s lead. The Villarreal winger showed impressive composure to dink the ball away from his marker before finishing into the roof of the net. 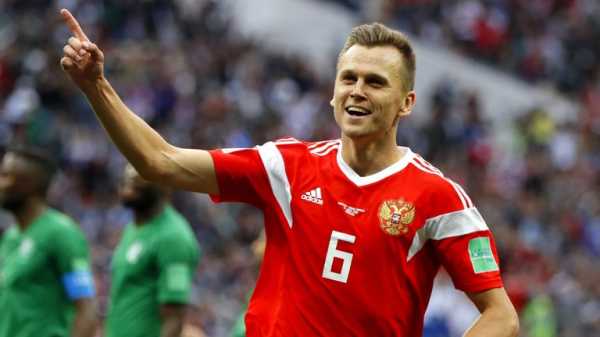 The sense of relief was palpable and while Saudi Arabia continued to play a passing game, it appeared rather more suited to a side with greater quality at their disposal. Russia were the better side – content to allow them their share of possession in the knowledge that opportunities would come their own way as a result of a counter-attacking approach.

For Cherchesov, there was even the fillip of seeing another of his substitutions reap instant rewards. The coach’s decision to replace Fedor Smolov with Artem Dzyuba swiftly resulted in the third goal as the Zenit forward headed the ball back where it came from and into the corner of the net. No pressure? Cherchesov still afforded himself a punch of the air. 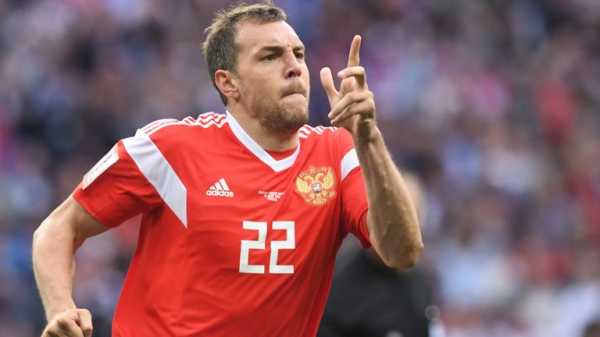 In stoppage time, it got even better. Cheryshev added a brilliant second goal, curling the ball into the top corner of the net with the outside of his left foot. Aleksandr Golovin then opted to use the inside of his right boot to hit the same spot in the Saudi Arabia goal to make it five. Russia may be the lowest ranked side in the tournament but they are far from its worst.

There will be bigger tests, of course. It is Egypt up next in Saint Petersburg on Tuesday and a result will be needed to ensure that the daunting prospect of needing to get something against group favourites Uruguay in the final game is to be avoided. But for the first time, Russia have a taste of what it is like to win a home World Cup game. Now they want more.

The video assistant referee (VAR) made its World Cup debut and while there were no game-defining decisions required, there were hints at the potential issues ahead. In particular, the instruction made explicit by Pierluigi Collina, the chairman of FIFA’s referees committee.

The thinking behind this decision is that “if the assistant referee raises the flag, then everything is finished” but one natural consequence of it is that the officials become reluctant to make a decision even when it might otherwise have been regarded as clear. That could yet have unforeseen consequences at this World Cup. 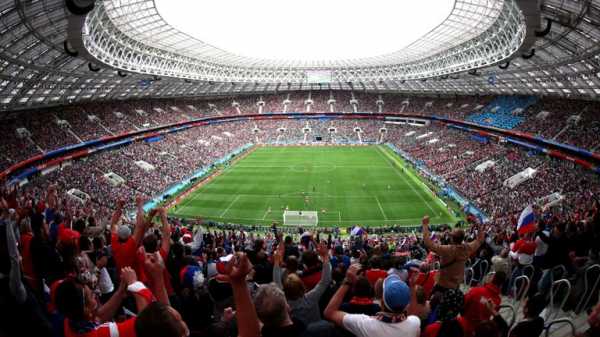 A quarter of an hour into the game, the assistant referee allowed a Russia attack to continue on his near side despite there being a fairly clear offside call required of him. Prior to VAR, it seems certain that he would have raised the flag. Later in the half, Smolov almost appeared to give himself offside, waiting for a flag that never looked like coming.

It may be preferable in order to avoid goals being wrongly ruled out. However, in the first of the aforementioned incidents, the subsequent passage of play resulted in a Russia corner rather than a free-kick to Saudi Arabia. What if they had scored from that? All decisions – even non-decisions – impact on the game.

Perhaps this will not be an end to the controversy.