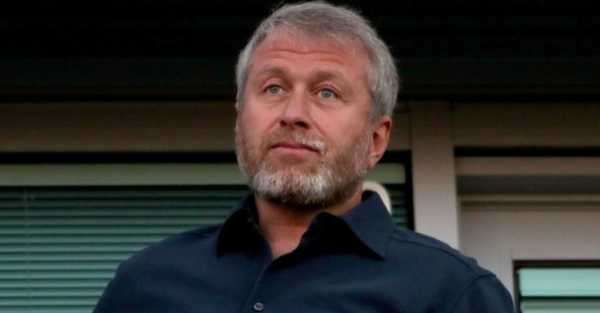 Roman Abramovich says he has made the “incredibly difficult decision” to sell Chelsea, amid Russia’s continued invasion of Ukraine.

The Russian-Israeli billionaire has owned the Blues since 2003 and helped steer the Stamford Bridge club to 19 major trophies.

But the 55-year-old’s glittering reign in west London is close to an end, with a consortium of billionaires already making their interest in a deal public.

Swiss billionaire Hansjorg Wyss and USA investor Todd Boehly are understood to be two of the parties joining forces and now preparing a bid for the Blues.

Abramovich could come under UK government sanctions given his proximity to the Russian state, though he is also understood to have been attempting to broker a peace deal between Russia and Ukraine.

“I would like to address the speculation in the media over the past few days in relation to my ownership of Chelsea FC,” read Abramovich’s statement.

“As I have stated before, I have always taken decisions with the club’s best interest at heart.

“In the current situation, I have therefore taken the decision to sell the club, as I believe this is in the best interest of the club, the fans, the employees, as well as the club’s sponsors and partners.

“Please know that this has been an incredibly difficult decision to make, and it pains me to part with the club in this manner.

“However, I do believe this is in the best interest of the club.

“I hope that I will be able to visit Stamford Bridge one last time to say goodbye to all of you in person.

“It has been a privilege of a lifetime to be part of Chelsea FC and I am proud of all our joint achievements. Chelsea Football Club and its supporters will always be in my heart.”

The 86-year-old Swiss businessman Wyss has already revealed his intention to bid for Chelsea, in a move that appears designed to fast-track a sale and potentially reduce the eventual price.

American Boehly has been revealed as the first of a possible string of partners, as Wyss attempts to push on with a deal.

Abramovich has vowed not to rush the sale of a club that have won two Champions League titles, as well as the Club World Cup title earlier this year, under his ownership.

Abramovich has also pledged to donate any net proceeds from the club’s sale to help victims of the war in Ukraine.

Allied to spearheading Chelsea’s long-running Say No To Anti-Semitism campaign, Abramovich opened up the hotel at Stamford Bridge to NHS staff during the Covid-19 pandemic.

And now Abramovich is determined to leave Chelsea in rude financial health after the club’s sale, pledging to wipe out the £1.15billion debts as well as divert proceeds to aid those suffering from Russia’s invasion of Ukraine.

“The sale of the club will not be fast-tracked but will follow due process,” continued Abramovich’s statement.

“I will not be asking for any loans to be repaid. This has never been about business nor money for me, but about pure passion for the game and club. Moreover, I have instructed my team to set up a charitable foundation where all net proceeds from the sale will be donated.

“The foundation will be for the benefit of all victims of the war in Ukraine. This includes providing critical funds towards the urgent and immediate needs of victims, as well as supporting the long-term work of recovery.”