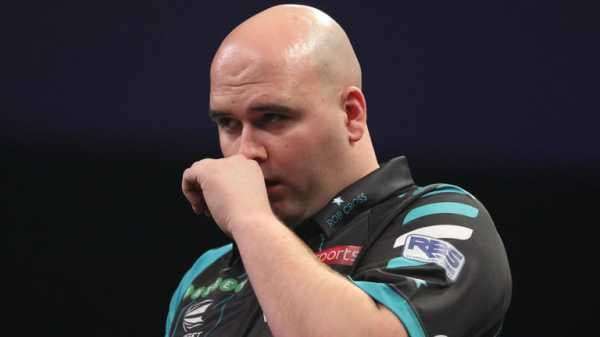 Rob Cross sent shockwaves across the sporting world after storming to World Championship glory, but having suffered consecutive thrashings in his debut Premier League campaign, it has certainly been a baptism of fire for ‘Voltage’, writes Josh Gorton.

Cross stunned legendary 16-time world champion Phil Taylor 7-2 in the World Championship final on New Year’s Day, less than 48 hours after he defeated Michael van Gerwen in a pulsating sudden-death contest in the semi-finals, in arguably the greatest game ever staged at the Alexandra Palace.

Cross’ unprecedented rise to prominence was the stuff of darting dreams. Formerly an electrician, the 27-year-old began life on the PDC circuit in 2017 after gaining an automatic tour card by virtue of topping the Challenge Tour Order of Merit.

The Hastings ace had shown great promise in reaching the last 32 of the UK Open as an amateur qualifier back in 2016, where he succumbed to an imperious Van Gerwen, who landed a nine-darter en route to a 9-5 victory.

However, few could have expected Cross to make such a significant impression. He flourished on the Pro Tour circuit, winning four Players Championship titles and reaching two European Tour finals.

He then transferred that form to the televised arena in the latter half of the year, reaching the European Championship final and the semi-finals of the Players Championship Finals, before his extraordinary debut year culminated in world title glory.

This parachuted him up to world No 3 and confirmed his spot in the 2018 Premier League, although given his exploits throughout the year, his spot was virtually assured before he even took to the oche at the Alexandra Palace.

Nevertheless, having enjoyed all the adulation that his astonishing triumph richly merited, it’s been a difficult start to the season for the newly crowned world champion. 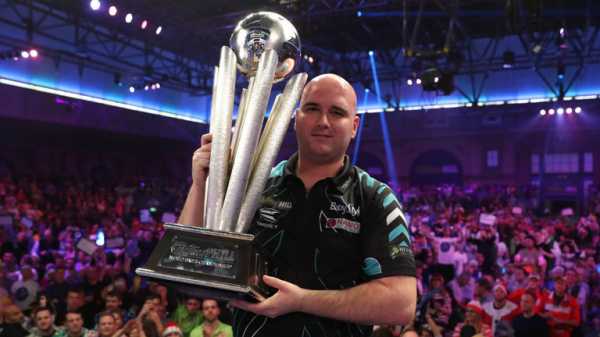 He made his Premier League bow against Van Gerwen in Dublin, in a repeat of their epic semi-final clash at the World Championship. Yet Van Gerwen gained revenge in emphatic fashion, remarkably taking out three 114 finishes en route to a comprehensive 7-2 win.

It was a statement of intent from the world No 1 and the alarm bells wouldn’t have been sounding for Cross, who could have done little to halt a rampant ‘Green Machine’.

However, having lost 10-8 to Mensur Suljovic in the season-opening Masters event, his defeat to Van Gerwen was followed by three successive opening-round defeats in the first set of UK Open qualifiers in Wigan.

Suddenly, ‘Voltage’ was in uncharted territory; having lost five consecutive games for the first time in his relatively short PDC career. 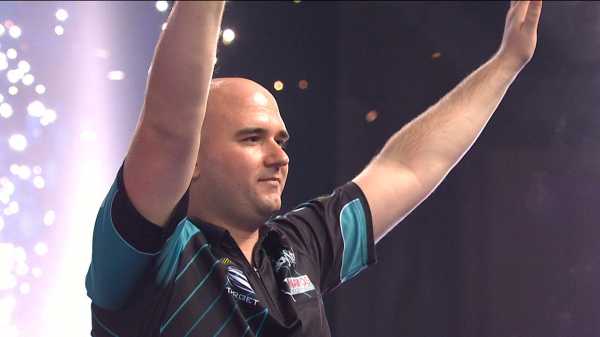 Cross was subsequently under scrutiny when he faced Simon Whitlock in the second week of Premier League action and the world champion faltered. He averaged 87 as he was thrashed 7-1 by the Aussie, who was the pre-tournament favourite to finish bottom of the table.

It appeared almost ludicrous that a man who had reached the pinnacle of his sport in such a short space of time was being questioned after a few under-par displays, but suddenly some were beginning to contemplate whether Cross’ meteoric rise would be met with a similarly rapid decline.

Cross has been compared to Phil Taylor by some of his peers, including five-time world champion Raymond van Barneveld. ‘The Power’ was written off on countless occasions throughout his illustrious career but responded in emphatic fashion, and Cross also silenced his critics by returning to form in Wigan over the weekend. 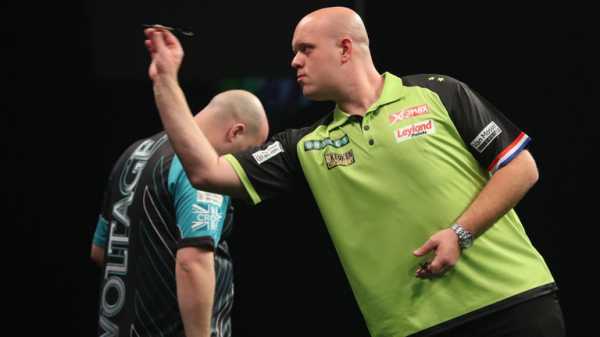 Having suffered three straight opening-round defeats in the first weekend of qualifying, he reached two semi-finals and a final in the last three qualifiers, posting eleven ton-plus averages – two of which were 118 and 114.

This saw him finish fifth on the final UK Open Order of Merit which will see him enter next month’s UK Open at the third-round stage, but his immediate concern will now be whether he can transfer that form to the Premier League stage.

He faces world No 2 Peter Wright – who he beat over the weekend – in Newcastle this week, before he takes on Raymond van Barneveld in Berlin, when the Premier League heads to German soil for the very first time.

Cross will be desperate to avoid the prospect of becoming the first world champion to be relegated since the elimination format was introduced in 2013, although he may not have too much cause for concern. 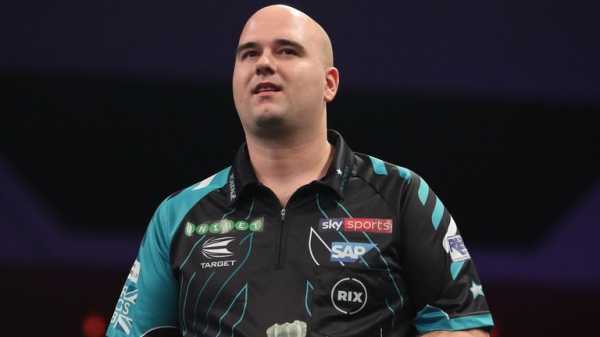 Cross is one of four debutants to feature in this year’s event, in the biggest shake-up the tournament has ever seen. So far, experience is proving crucial, with all four currently the only players yet to register victories.

Daryl Gurney and Gerwyn Price have both picked up the solitary point from their opening two matches, while Mensur Suljovic, like Cross, is also yet to pick up a point in this year’s tournament, despite currently boasting the highest tournament average of all ten players.

Cross is in a unique situation, because although he’s achieved the game’s ultimate prize, he’s still learning his trade. As world champion, he’s got a target on his back and the expectation that comes with that can weigh heavily, but so far, he’s passed every challenge in his career with flying colours. There’s no reason why he won’t do exactly the same to resurrect his Premier League campaign.

The 2018 Premier League heads to the Metro Radio Arena in Newcastle this Thursday with coverage underway from 7pm on Sky Sports Action. Thirteen weeks of tungsten action will then continue through to the season’s conclusion with the Play-Offs on May 17 at The O2 in London.