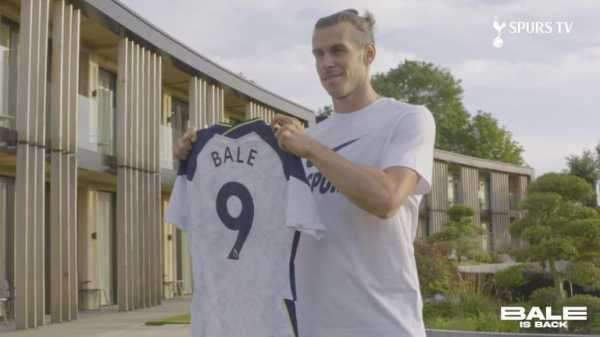 2:16 New Tottenham signing Gareth Bale says it’s incredible to be back at the club, and that his main ambition is to win a trophy in his second spell

Sky Sports reporter Paul Gilmour spent 16 hours at the Tottenham Hotspur training ground on the day Bale was finally announced as a Spurs player after seven years in the Spanish capital.

“It was a bit of a long day,” he told the Pitch to Post Podcast. “I headed out in my polo thinking it would be done and dusted long before it got cold, and I was still there at 10.30pm at night! I’d been on site since around about 7:30am for the first live to Sky Sports News.

“Even after the last update at 10.30pm, I still had to do a recorded piece to go out later that evening so it was a long day, but it’s totally worth it on a day like that. It felt like Deadline Day and those days don’t come around too often. 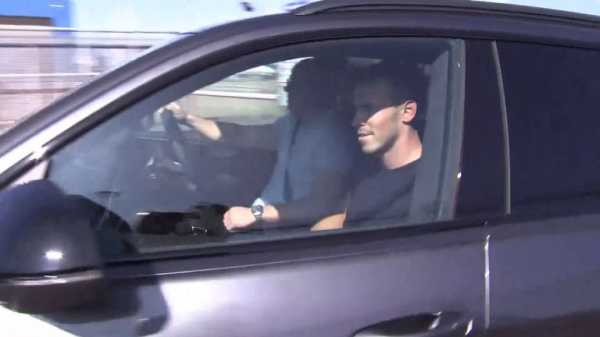 1:27 Gareth Bale lands in the UK ahead of his potential move back to Tottenham on loan

“Bale being back means an awful lot to Tottenham fans and just to be able to track him from start to finish, you’re getting information on the story all the time. It had a really exciting feel to it.

“The moment when Bale arrived in the passenger’s seat and the supporters saw him – there was something very special about that as we all know about the impact he had at this club the first time he was here.

“He’s achieved a lot since and having won four Champions League titles and scored over 100 goals for Real Madrid, this is a genuine world superstar and he’s back at Tottenham. 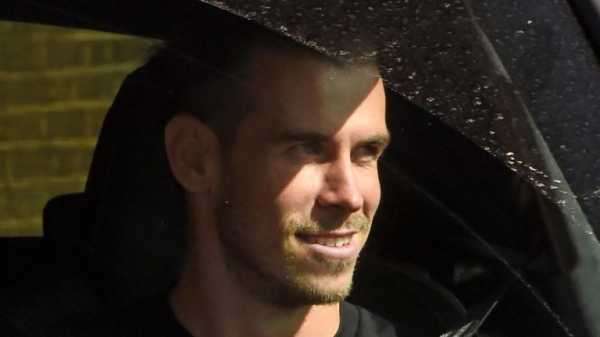 1:22 Tottenham fans have been reacting to the news that Real Madrid forward Gareth Bale will be returning to the club on a season-long loan

“The stuff you’re saying to camera is the easy bit. It’s the stuff in between each hour that’s difficult because you’re trying to find out the absolute latest. Sometimes, nothing moves on.

“It’s not just me and my contacts… it’s other reporters and their contacts. Kaveh Solhekol was across this on the Tuesday night, and supplied some really good information from his contacts.

“We also need to have the cameraman in place to get the shots, and I have to say he played a blinder. It’s all very well us standing there and relaying this information, but you can’t beat just seeing what’s happening in front of you. 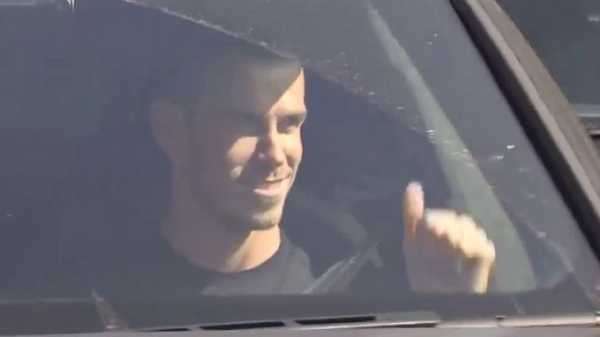 0:39 Gareth Bale is greeted by cheering Tottenham fans as he arrives at Spurs’ training ground ahead of his move from Real Madrid

“Tottenham are very good at facilitating reporters, but when they’re completing multimillion-pound deals, that is their priority. It isn’t me outside needing to come in and use their facilities. Their time was completely taken up by getting the Bale and Sergio Reguilon deals done.

“Although it felt like Deadline Day, it wasn’t so there was time for the lawyers to do all the checks on the contracts and for them to go through all those processes. Bale and Reguilon were inside the building all along doing the announcement videos ready for Saturday when the deals were finally announced.

“Only when the deals are announced, that’s the moment clubs can relax.” 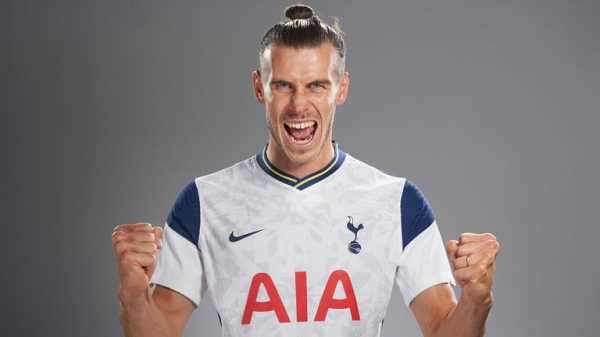 3:31 Former Tottenham goalkeeper Paul Robinson picks his Spurs XI for this season after the signings of Gareth Bale and Sergio Reguilon

He recounts: “It’s a lot of pressure, that’s for sure. I got a call from my boss on Wednesday afternoon asking if I was willing to go to Madrid to do a bit of Gareth Bale hunting.

“I thought I could go to the training ground to see what he was doing. Sure enough, we got the shot. I was chatting to some of the local reporters beforehand and Spain is a tricky one for me as I can’t speak the language. 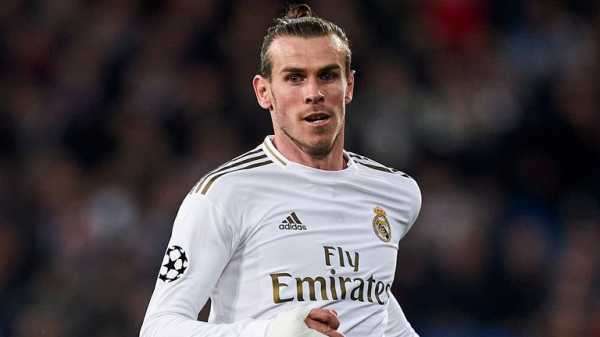 1:03 Spanish football expert Terry Gibson says Jose Mourinho has brought Gareth Bale to start matches for Tottenham and he can play in a number of positions including filling in for striker Harry Kane

“Talking to Spanish people was difficult but thankfully my cameraman was local and could speak a bit of English. You try your best to speak to as many experts as you can. I spoke to some of the local reporters and they were adamant that Bale was not going to turn up at the training ground.

“When he did, it was brilliant as if I get nothing else, I’ve got a shot now of the man himself, the man we’re all talking about and the player we’re expecting to fly to London in the next 24 hours.

“We’ve got today’s shot and that’s what we always talk about at Sky Sports News. It’s the drama we absolutely live off.”

Catch the Pitch to Post Podcast before and after each round of Premier League games for bold predictions and expert analysis.