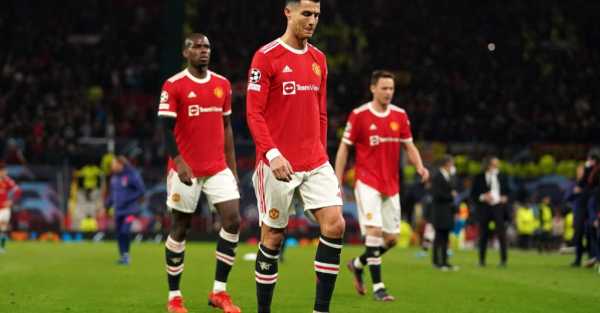 Paul Scholes feels Manchester United need to find an elite manager to strike fear into the players if the club are to recapture former glories after crashing out of the Champions League.

As the Spaniards celebrated progress to the quarter-finals, the questions remain over the direction of the current United squad as the club face up to a fifth straight campaign without silverware.

Scholes was part of Sir Alex Ferguson’s all-conquering United side – and feels the current squad will need a leader of the same calibre to bring them up to the required levels.

“We have had a lot of pain and I think there is still a bit more to come until we get where we want to,” Scholes said on BT Sport.

“I keep saying it, and I know there is talk about people behind the scenes, but until we get a proper coach, a top-class elite coach from another football team which wins trophies and strikes fear into players (United will not get back to the highest level).”

The former England international added: “Two or three, four years, it could be that long before they are challenging for the league – and I would snap your hand off for that now.

“You saw with Liverpool and (Manchester City) for a couple of years, you felt they were coming and getting better, then all of a sudden start challenging for the title.

“We have not had that for eight or 10 years since Sir Alex went and there is no sign of it even getting closer to that. It feels like we are going in the opposite direction.

“The next man might not be the right man, but the people behind the scenes have to make sure he is the right man.

“Maybe they need a manager that they are going to be afraid of and that will scare them into performances.”

Interim manager Ralf Rangnick is set to move into a consultancy role at the end of the season, having been appointed to replace Ole Gunnar Solskjaer in the dugout while a permanent successor is found.

Scholes, though, is not convinced by the German’s current position.

“I don’t want to keep having a go at Ralf Rangnick, he seems really nice and comes across well in interviews, he’s very honest, but, how he was chosen to be manager of this club for six months until the end of the season, I’ll never know,” Scholes said.

“The coach is a massive part of it. This isn’t a terrible group of players. I think if you give this group of players a structure and way of playing, there’s some real talent in the squad.”

Scholes added: “The very first thing this club needs to do, to get anywhere near winning the league again, is get a proper coach.

“Get a coach that suits the players, give them two or three years to build a squad of players that will challenge.”

“For Man United, the season to me seems over – what is there to really achieve?” Ferdinand said on BT Sport.

“(In the Premier League United) are floundering behind Arsenal if they win their games in hand.

“Tonight was really a reflection of what the season has been like – there have been moments where they have been good, but far too often it is Jekyll and Hyde performances. We did not see enough quality.”

On the rebuilding job at Old Trafford, Ferdinand said: “There’s so much work to be done.

“If you are looking to come here, it is a great project to be a part of, but I think managers might look at others clubs because there is less pressure where the spotlight isn’t on them as much.”