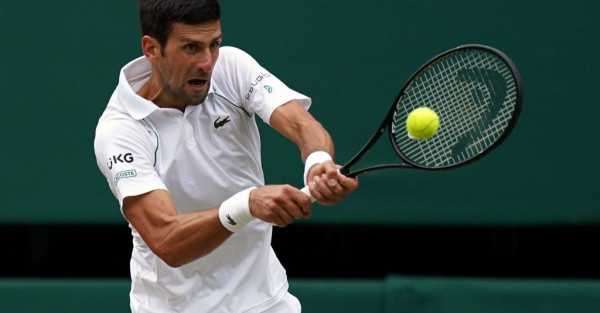 Novak Djokovic has been included in the draw for the upcoming ATP Cup in Sydney, raising the prospect of him defending his Australian Open title.

While the draw put a British squad comprising Cam Norrie, Dan Evans, Liam Broady, Joe Salisbury and Jamie Murray in with Germany, Canada and the USA, it was the name of Djokovic which provided the major talking point.

The ATP listed him as a “confirmed player” which will raise hopes of him being in Melbourne for the first major of the year. Tournament officials have said all players must be jabbed against coronavirus but the 20-time slam winner has yet to publicly confirm his vaccination status.

However, the 34-year-old’s inclusion on the Serbian squad list suggests he may be ready and able to head to Melbourne later in the month.

Serbia, the top seeds, will lead Group A which will also features Norway, Chile and Spain. Serbia won the inaugural ATP Cup two years ago by beating Spain in the championship match.

Defending champions and second seeds Russia are in Group B with Italy, Austria and hosts Australia. World No. 2 Daniil Medvedev and world No. 5 Andrey Rublev will be the country’s top two singles players for the second consecutive year.

Fourth seeds Greece will be in Group D, with Poland, Argentina and Georgia, with Great Britain in Group C.