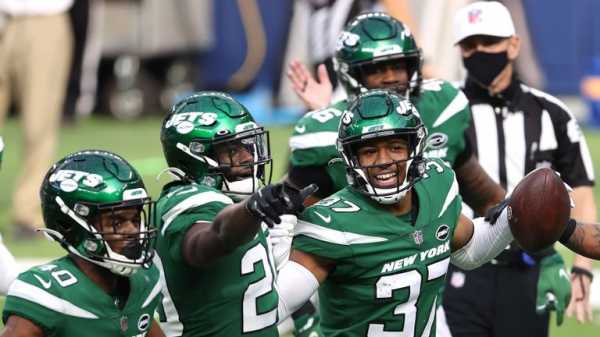 6:00 Highlights as the New York Jets stunned the Los Angeles Rams in Week 15 to avoid a winless season.

Yes, you did read that score right. The New York Jets finally won a game. But it may have just cost them Trevor Lawrence, by way of the weaker strength of schedule the Jaguars leapfrog the Jets to the number one draft pick. The Jets deserve credit for the fight they showed against the Rams in what is a lost season.

As for the Rams, it was a trap game. They fell right into the trap as they struggled to get anything going offensively. Jared Goff’s inability to protect the ball has been well documented, and his interception in the second quarter was his 37th since 2019. The loss has knocked them from the top of the NFC West, but they will need to bounce back to keep themselves in the playoffs. Sonny Cohen 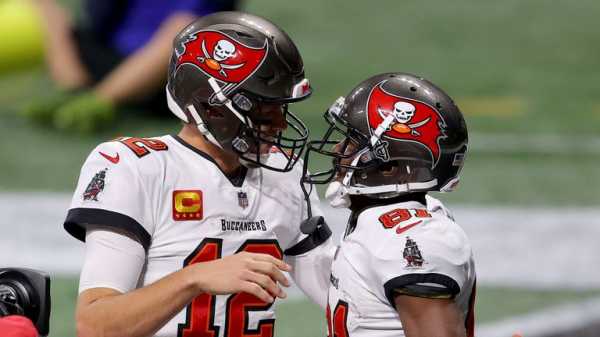 Yep, three years on from the Falcons blowing a 28-3 lead in Super Bowl 51 against the Patriots, here the Falcons, in a season of blown leads, blew a 24-7 lead against Brady – this time in a Bucs uniform.

While the Falcons, and interim head coach Raheem Morris, have been meandering for a while now, this was every bit as important as that Super Bowl for Brady who is now seven from seven against the Falcons.

Defeat would have left the Bucs at 8-6 and with work to do. Now they are just one game behind the NFC South-leading Saints and could pinch a home playoff game if they win-out and the Saints slip-up.

All in all, Atlanta could probably do with not seeing Tom Brady for a while, which is unfortunate as the two teams meet again in Week 17! Paul Prenderville 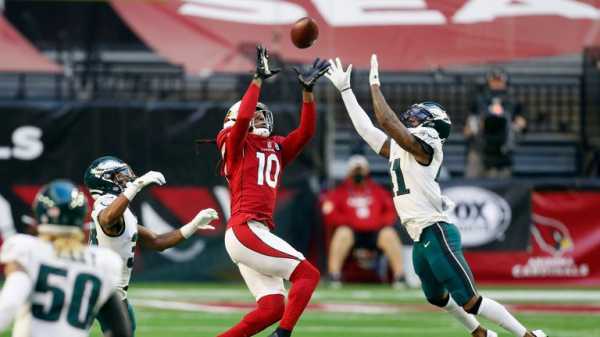 With both teams fighting for their playoff lives, it was a thriller as two former Oklahoma Sooner quarterbacks went toe-to-toe in an offense-lover’s dream.

Kyler Murray threw for 406 yards and three touchdowns while running one in himself, and Jalen Hurts put up 338, three TDs and another on the ground as he was extremely impressive in just his second start.

Ultimately, first-quarter mistakes by the Eagles (4-9-1) put them in a 16-0 hole, and it was their inability to stop the Murray-DeAndre Hopkins connection (the all-star wideout had nine catches for 169 yards and an outstanding fourth-quarter TD grab) that put the game out of reach.

Two failed Hail Mary attempts from Hurts ended the game, but he has certainly put himself in the conversation to be a franchise quarterback moving forward. Meanwhile, the Cards (8-6) gave themselves a little breathing room in the NFC Wild Card race. James Simpson

In what is effectively an extended playoff run the Bears have been playing their best football of the season and for the third week in succession racked up over 30 points (NFL Research notes that’s the first time since 2013).

After a six-game losing streak, which followed a 5-1 start, the Bears have a .500 record but crucially seem to be rounding into some sort of form at the right time on the back of competence from QB Mitchell Trubisky and David Montgomery turning into the running back stud many thought he could be. The one-win Jaguars are next and then a Packers team that could be resting their starters – in the NFC 9-7 might just be enough for the Bears.

Unfortunately for Minnesota, an 8-8 record won’t get it done. In a season of underachievement, first round pick Justin Jefferson has been the stand-out after yet another 100+ yard game. Paul Prenderville

The defending NFC champs had faint hopes on sneaking into the playoffs after a good win over the Rams a few weeks back, but some special teams gaffs and the play of Mullens – constantly turning the ball over – has seen them suffer three-straight loses since.

Special teams first dug them into an early 14-0 hole here and then, once the 49ers had fought back to tie things up late on, Mullens threw a couple of crushing interceptions to hand victory to Dallas – who are now suddenly alive in the NFC East playoff race. David Currie 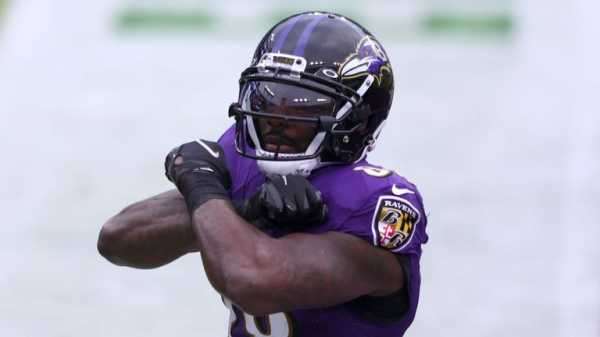 The Baltimore Ravens are almost perfect when they have led at half-time with Lamar Jackson under center. When they are 26-0 as they were against the Jacksonville Jaguars, then you might as well just forget about it. The Jaguars were blown out by the Ravens and it always looked like that would be the case. The Ravens followed up a Jackson giveaway by sacking Gardner Minshew for a safety and that set them on the path to victory.

For Jackson, it has been a turbulent year, and he has not performed at the MVP level of last season. He has hit his stride over the last three weeks, though.

The good news for the Jaguars is that by way of the New York Jets win they are now leading the way in the Trevor Lawrence sweepstakes. Sonny Cohen

Solving Deshaun Watson is a problem for any defense and the Colts looked like they may have had the answer in the first half. But once again the offensive dynamo lit up an opposition, putting the team on his back. Including a stretch where he completed 11 straight passes to put the Texans back in the game.

The Colts’ ability to stiffen up defensively when the game gets down the wire has been a deciding factor during many contests this season. It is a valuable asset to have, and it could make them a threat come the postseason. Sonny Cohen 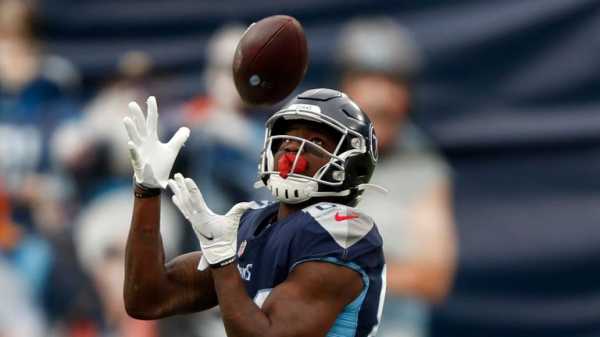 Corey Davis is turning it on at the right time. The Titans wide receiver saw his fifth-year contract option declined by the team earlier this offseason having struggled for production since being Drafted at No 5 overall in 2017.

He is on well on his way towards a first 1000-yard season and likely a deserved second contract in Tennessee. Cameron Hogwood 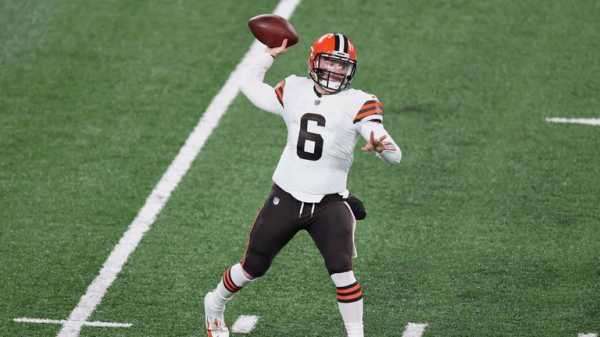 2:37 Relive some of Baker Mayfield’s best plays for Cleveland as the Browns beat the New York Giants in the NFL.

Flexed into the Sunday Night Football slot over the Cowboys-49ers clash, it might not have been worth the trouble – this one wasn’t exactly a classic.

The Browns comfortably kept the Giants at arms length throughout, with Baker Mayfield again playing lights out – 27 of 32, for 297 yards and two touchdowns.

The Giants’ hopes of winning the NFC East and sneaking into the playoffs suffer a major blow. And, in many ways, they only have themselves to blame. New York were in the redzone three times, but came away with a grand total of three points on those trips after going for it twice on fourth down and falling short. David Currie 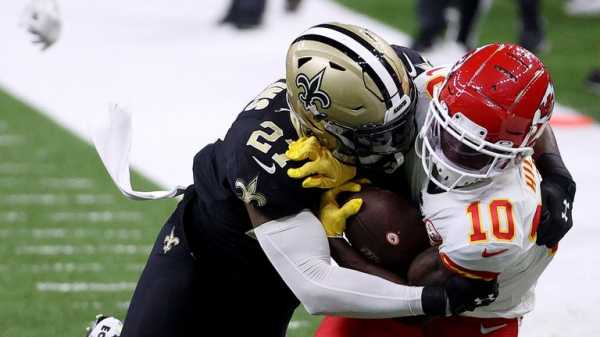 5:54 Highlights of the Kansas City Chiefs against the New Orleans Saints in Week 15 of the NFL.

It wasn’t perhaps the Chiefs-Saints, Mahomes-Brees shootout we hoped for, or even expected, but this was still a fascinating contest played out between two elite teams – if this was indeed a Super Bowl LV preview, then sign me up for part two.

A rarity in itself, Mahomes failed to throw for over 300 yards, though he did carve the Saints defence open to the tune of three touchdown passes. For Brees, he looked as rusty as you’d expect on his return from four weeks out with 11 broken ribs – he had fewer than 100 passing yards, zero touchdowns and one pick for his first-half efforts.

However, Brees more than got into the game after the break and it was very much courtesy of his second-half efforts – three TD passes – that New Orleans were threatening to pull off the most remarkable of comebacks. Ultimately, it wasn’t to be, but Brees may well yet get another shot at this team within the next six weeks or so. David Currie 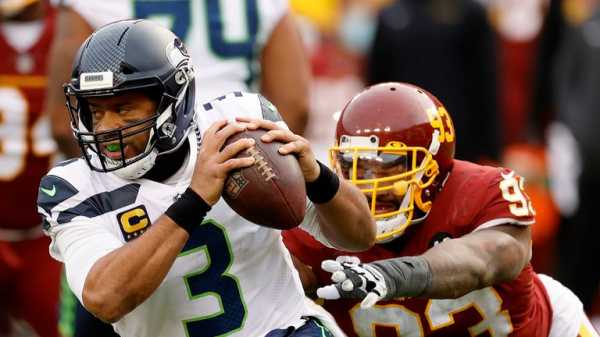 5:33 Highlights of the Seattle Seahawks against the Washington Football Team in Week 15 of the NFL.

Seattle held off a Dwayne Haskins-led comeback in the fourth quarter as they clinched a playoff spot and ended Washington’s four-game winning streak at the same time.

It was certainly not pretty – Russell Wilson had just 121 yards passing and the league’s worst passing defense still allowed Haskins to rack up 295 yards – but it was an opportunistic performance from the NFC West leaders, who had the added enjoyment of seeing the Rams fall to the Jets.

While Seattle move to 10-4, Washington are at 6-8 but thanks to other results, still top of the NFC East! They will hope to get Alex Smith back as they close out the season by hosting the Panthers before a visit to the Eagles in Week 17. Their defense is good enough to slow any opponent down, they just need an attack to match. James Simpson