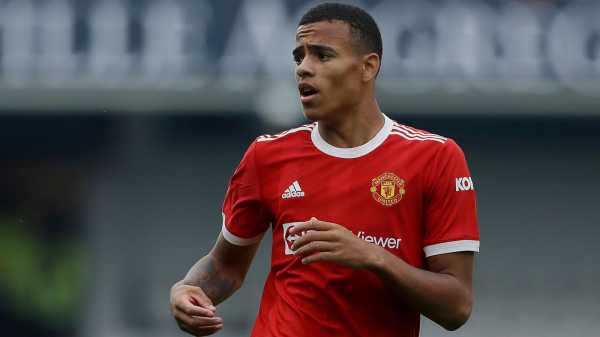 Police have been granted further time to question Mason Greenwood after he was arrested on suspicion of rape and assault.

The force launched an investigation after being made aware of images and videos alleging incidents of violence were posted on social media earlier on Sunday.

A police statement said: “Detectives have been granted additional time to speak to a man in his 20s who is being held on suspicion of rape and assault of a woman.

The suspect was arrested yesterday (Sunday 30 January) afternoon and remains in custody. Enquiries are ongoing and the victim is being offered specialist support.”

It comes after Manchester United announced Greenwood would not return to training or play any matches “until further notice” after he was accused of assaulting a woman.

The allegations were released on Instagram on Sunday morning and included video, photographs, and a voice note claimed to be a conversation between Greenwood and the woman.

They have since been deleted.

Manchester United said in an earlier statement on Sunday: “We are aware of images and allegations circulating on social media.

“We will not make any further comment until the facts have been established.

“Manchester United does not condone violence of any kind.”

Greenwood, 20 from Bradford, made his debut in 2019 and has since clocked up 129 appearances for the club.

Detectives have been granted additional time to speak to a man in his 20s who is being held on suspicion of rape and assault of a woman.

The suspect was arrested yesterday (Sunday 30 January) afternoon and remains in custody.

Enquiries are ongoing and the victim is being offered specialist support.

We remind people to avoid any commentary or sharing of images that could compromise the victim’s right to lifelong anonymity, or risk prejudicing a live investigation with active proceedings.

If you’re a victim of domestic abuse, or are concerned about someone you know, please use our online reporting facility or use our LiveChat facility on our website, or call 101.

In an emergency that’s on-going or life is in danger, always dial 999.

Some victims may not feel comfortable speaking with the police, or may feel they need support to come forward and make a report. Greater Manchester Victims’ Services can provide independent emotional and practical support for anyone affected by crime.