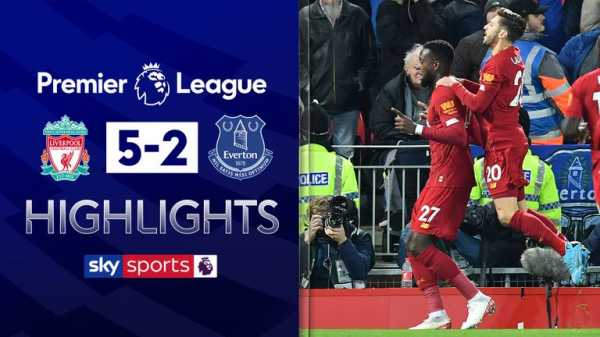 3:00 FREE TO WATCH: Highlights from Liverpool’s win against Everton in the Premier League.

The Portuguese was brought in with the hope of his side playing more attractive football and was backed with almost £90m on new signings in his first summer.

But after an encouraging first season under the Portuguese and a third summer of hefty outlay, Everton are now seeking a fifth permanent manager since David Moyes left for Manchester United in 2013.

The 5-2 defeat to Liverpool at Anfield left Everton in the relegation zone. How did it go so wrong? 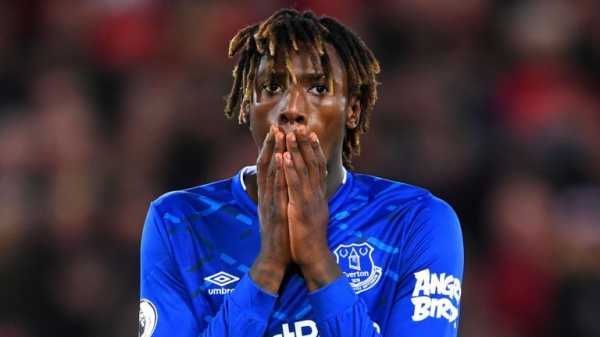 There was a sense of optimism at Everton during the summer after a strong end to the season saw the team finish eighth – three points off a Europa League qualifying place.

The hope was that, with a kind opening set of fixtures and good recruitment, Everton could kick on. 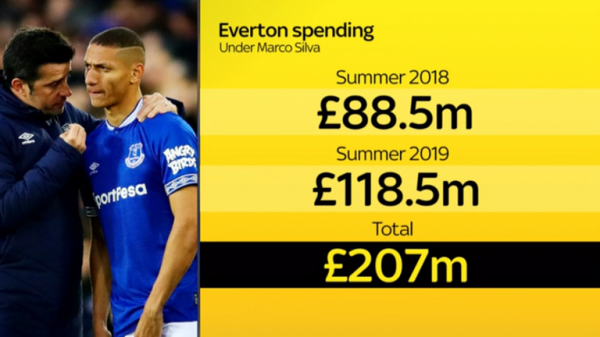 On the final day of the summer window, Silva targeted Manchester United’s Marcos Rojo, but Brands reportedly vetoed the deal – leaving Everton with only three options in that key area.

The other position that needed strengthening was in attack. The bar was set high, targeting Juventus marksman Mario Mandzukic and the Crystal Palace winger Wilfried Zaha.

But they ended up signing Alex Iwobi, a bit-part player at Arsenal, for £30m and the 19-year-old Moise Kean, seen as a coup, but still a young prospect, who is yet to score since his £27m arrival from Juve. 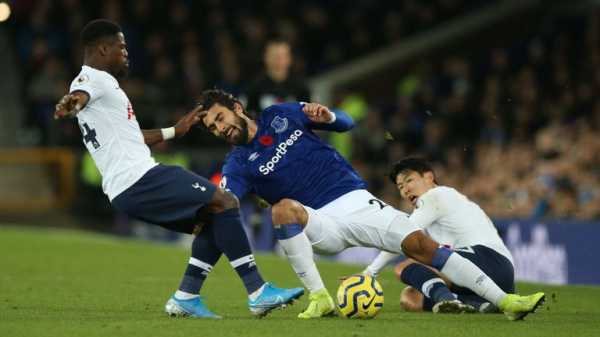 Ask any Everton fan who would make the club’s team of the decade, and Idrissa Gueye would be the first name on the teamsheet, but the club could not stand in the player’s way in the summer after initially rejecting a transfer request last January.

The Senegalese midfielder joined PSG for £30m – a modest sum for such an important player – but Silva was unable to call upon his replacement for the vast majority of the season.

Fabian Delph arrived to bring some much-needed experience and leadership, but it was the £25m signing from Mainz, Jean-Philippe Gbamin, who was tasked with replacing Gueye’s energy and ability to protect the defence. 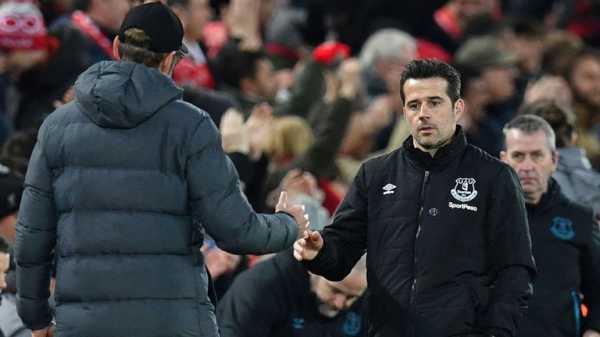 Silva’s midfield options were further depleted when Andre Gomes suffered a fracture dislocation of his right ankle in the 1-1 draw with Tottenham, while Bernard has only just returned from sustaining a knee injury in that defeat to Brighton. 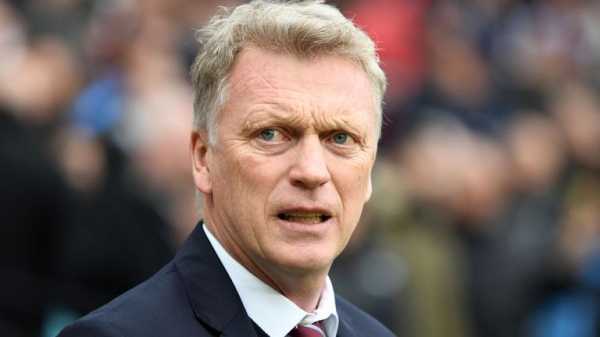 3:00 Former Everton defender Alan Stubbs believes David Moyes would help restore the spirit within the squad if he was to replace Marco Silva following his sacking.

Pressure has subsequently mounted on the shoulders of youngster Tom Davies and Morgan Schneiderlin, but had Silva’s first-choice options been available, it is arguable whether either would even make the bench.

The knock-on effect has seen the captain Gylfi Sigurdsson being asked to play a deeper role at times, unable to focus on his strengths in a free role behind the striker. 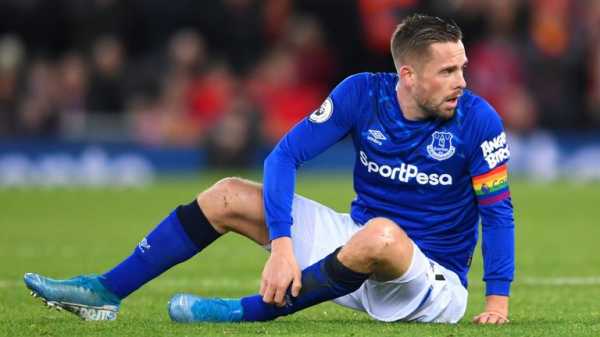 For all the mitigating factors, Everton have lost five of their past six Premier League games against newly-promoted teams, as many as in their previous 48 combined. Their run to the Carabao Cup quarter-finals has proved not enough to keep Silva in his job.

Everton’s third home loss of the campaign against Norwich saw them slip to 15th place – with home supporters joining the travelling contingent in calling for Silva to be “sacked in the morning”. The end was nigh.

With the daunting set of fixtures in December, this was the most damaging defeat of Silva’s reign, and ultimately there was no way back.

The Portuguese’s objective, clearly set out by the board before the campaign, was to finish in a European position via the league. Three defeats against newly promoted teams in this wretched run is unbecoming of a club with such lofty ambitions. 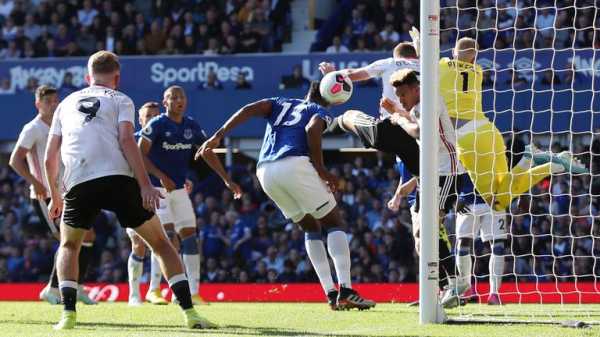 A key area that undermined Silva’s attempts of progress was his side’s woeful failure at defending set pieces.

There were reports that it was the manager’s obsession with curing the problem at Finch Farm that at times proved counter-intuitive as he stubbornly stuck with a zonal-marking system.

This improved marginally over the past two months as Silva tweaked his system to part zonal, part man-to-man, but it was the sight of those same old failings which played a big role in convincing many supporters that his long-term vision was flawed. Lesson were not being learned. 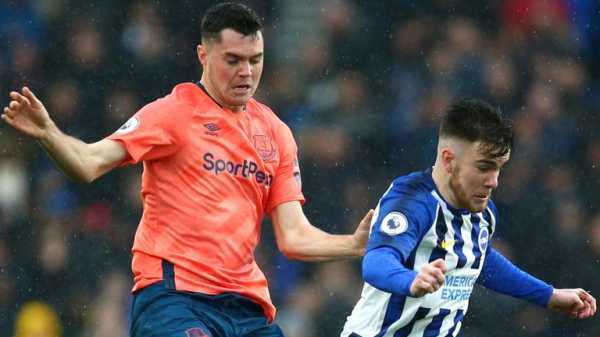 It was not just the unfortunate injury to Gomes that Silva will point to as misfortune contributing to his demise.

Everton have not been on the right side of technology this season, with Brighton benefiting from the first time a referee has been over-ruled on the pitch by VAR during their 3-2 win in October.

During that 1-1 draw with Tottenham, there was another debatable decision that went against Everton as referee Martin Atkinson failed to use a pitchside monitor to spot an apparent handball from Dele Alli. 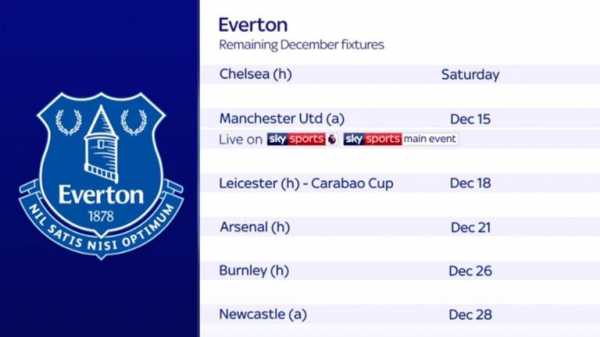 Silva’s bad luck was compounded in the 2-1 defeat to Leicester as Kelchi Iheanacho’s stoppage-time strike being allowed to stand after a VAR review – despite the linesman’s flag being raised for offside in the build-up to the goal.

Everton could conceivably have had four more points were it not for marginal, contentious calls – which would have propelled the team into mid-table, three points off sixth place.

Always losing when behind 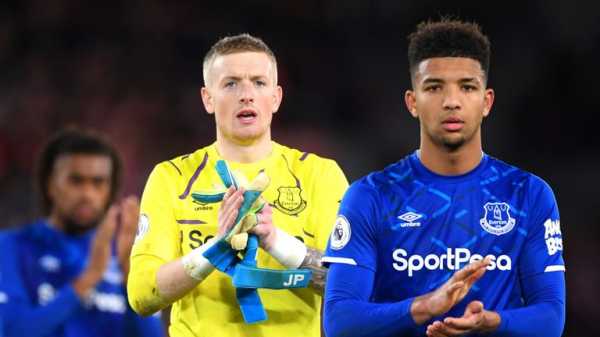 Everton were behind in 28 Premier League games under Silva – but he was only able to salvage five points during those games, failing to win on any occasion.

It led to an inevitable eighth loss in the last 11 games at Anfield. With Arsenal and Manchester United both suffering bouts of turmoil this term, the opportunity was there for Everton to realise their hopes of breaking into the top six.

But they have hurtled backwards, and drastic action was needed by majority shareholder Farhad Moshiri to preserve the club’s Premier League status.

Too often under the Portuguese, a lack of resolve was on show when events conspired against his team during a match, with Silva often seeming to panic with his substitutions as he chased a comeback.

But another unwanted trait began to seep in towards the end as that apparent weak mentality saw victories slip through their grasp as Brighton’s controversial win at the Amex Stadium was followed up by Leicester’s late show.

When Georginio Wijnaldum struck Liverpool’s fifth, it was the fifth time this season that Everton had conceded a 90th-minute goal. A lack of resolve belied any notion that this side under Silva were too good to go down. 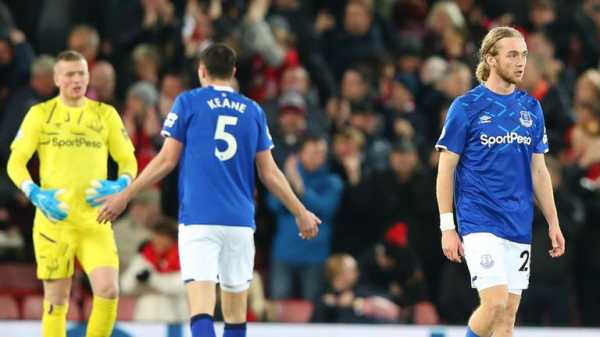 Silva certainly inherited many problems created under previous regimes, but a lack of leadership undermined his tenure, exacerbated by the departure of Phil Jagielka in the summer.

Club captain Seamus Coleman has struggled with form and fitness, leaving Sigurdsson with the armband. It has been an ill-fitting arrangement.

Mason Holgate said following the defeat at Anfield: “Coming in to the match, that [Liverpool’s ball over the top] was something we highlighted but it’s not something we’ve dealt with. The manager has told us what we need to be doing but we have not gone out and done that.” 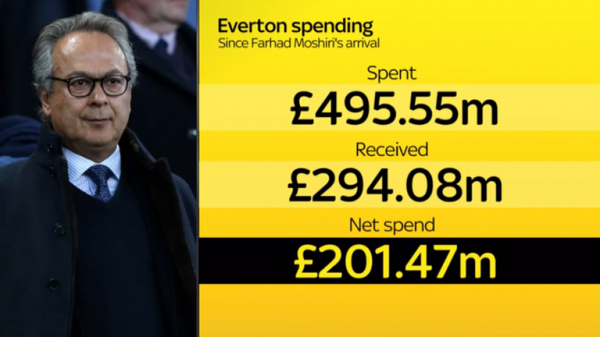 For all of Silva’s insistence on having a clear vision on how to succeed, he was often unable to translate his message to his players, chasing games with a shapeless side.

Like-for-like substitutions also bemused supporters. Everton were two down inside 17 minutes at Anfield, forcing a tactical change – but the damage had been done.

Abject failure at a time of Red supremacy 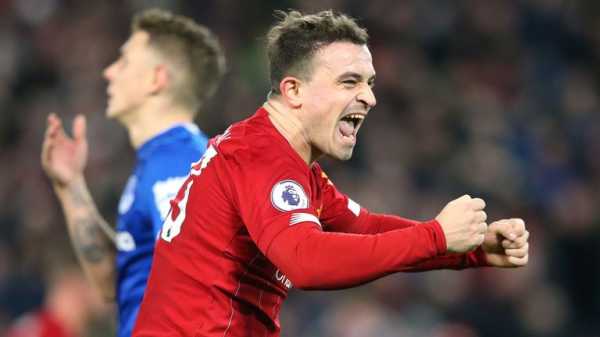 It is 25 years since Everton last won a trophy – the longest run without silverware in the club’s history.

It is also 37 years since the Toffees last conceded five goals against Liverpool, and with some fans heading for the exits during the first-half on Wednesday, with it went any hope of salvation for Silva from two arduous away games since the defining, deafening home defeat to Norwich.

Everton find themselves in the relegation zone after playing at least 15 Premier League matches for the first time since April 1999 (after 32 games).

It was only the second time in 1,053 Premier League games Everton have conceded four first-half goals (also v Arsenal in February 2018)

Moshiri has invested the best part of half a billion alone on player recruitment since arriving four years ago, and with Everton back at Goodison this Saturday against Chelsea, he felt he was in no position but to remove Silva from his post in order to avoid another potentially toxic atmosphere.

It was when Ronald Koeman took Everton last into the relegation zone back in October 2017 when he last acted, and he has pulled the plug once again with the side languishing in 18th place after three successive losses. 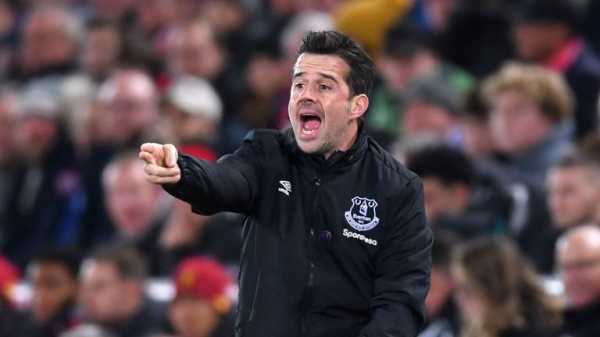 0:48 Silva’s final interview in which he responded to further questions about his future

“I am not the right person to talk to you about the situation,” Silva said on Wednesday night. “I cannot answer you.

“Since I joined the club, and until the last day I am here, I will always be 100 per cent professional, giving my best every single day.

“I understand why the questions are coming. If we are winning all the games, you are not asking them. But I don’t like to talk after every single match about my future.”

But now, Silva has his answer.