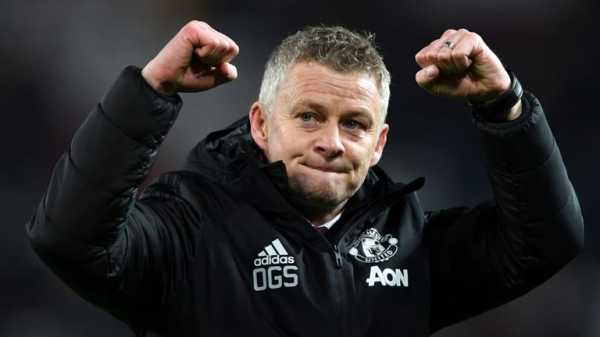 0:49 Ole Gunnar Solskjaer says Manchester United have come through a difficult period, but insists his young side are still learning

It was a 1-0 defeat at Fulham on October 30, 1937 that set the ball rolling for Manchester United’s youngsters with Tom Manley and Jackie Walsall the pioneers.

Since then, every single first-team squad has contained a player that was developed by the club’s academy.

It was not always known as the Manchester United academy – the scouting of young players was put in place in the 1930s by chairman James W Gibson and club secretary Walter Crickmer with a view, as mentioned in the AGM notes of 1939, that “an all-Manchester team at some distant period might be produced”.

In the short term what was actually produced was the first iteration of the academy, the Manchester United Junior Athletic Club, which was based at the training ground that would later become known as The Cliff in Lower Broughton about five miles from Old Trafford. 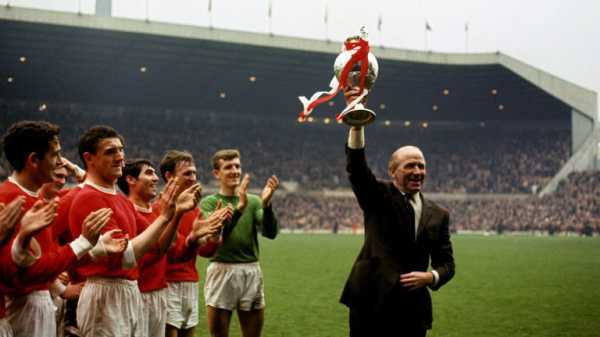 It was there that the strategy and development was put in place that would see United win the first five FA Youth Cups in the 1950s, with many of those players involved forming the back-bone of the Busby Babes.

Sir Matt Busby’s legacy was the promotion of youth with the success of the Babes, a success cut short by the tragic events of the Munich Disaster on February 6, 1958.

Sir Alex Ferguson also built his most successful sides around young players who had come through the system – the Class of ’92 formed a lasting and key part of his legacy.

In all, 15 managers have contributed to this 4000-game record over the years. 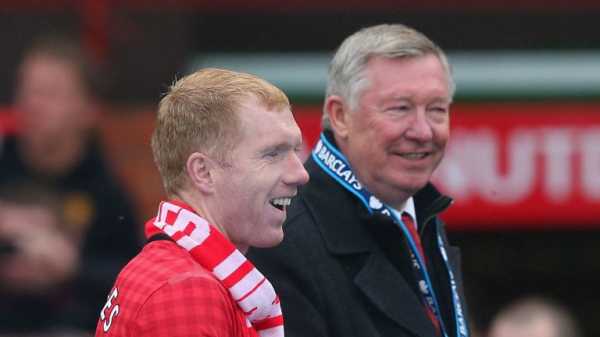 The reliance on, and development of, youth seems to have become even more important to the club over the last 12 months, thanks in no small part to the appointment of Ole Gunnar Solskjaer.

A team-mate of Gary and Phil Neville, David Beckham, Nicky Butt, Ryan Giggs and Paul Scholes, the Norwegian also spent two-and-a-half years as the club’s reserves manager, working with many academy graduates, before embarking on his senior management career. 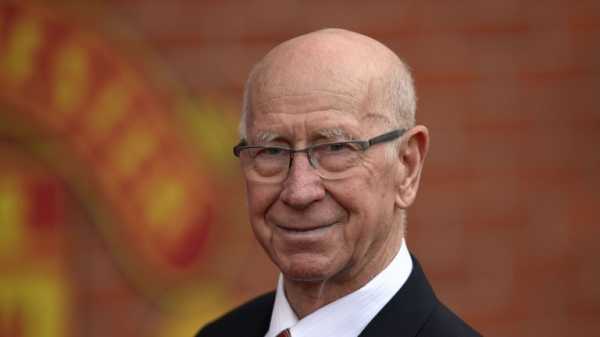 In his backroom staff, Kieran McKenna was initially brought in from Tottenham to coach the U18s and Mike Phelan has plenty of experience of working in youth development on his CV, too.

“It’s in our DNA to give young players a chance,” Solskjaer said on Wednesday.

“They can only surprise you and impress you when you put them in. It goes without saying that we have a great academy.”

Manchester United’s top-five record appearance holders are all home-grown, with Ryan Giggs at the top of the pile, Sir Bobby Charlton in second spot, Paul Scholes in third, Bill Foulkes in fourth and Gary Neville rounding off that top five. 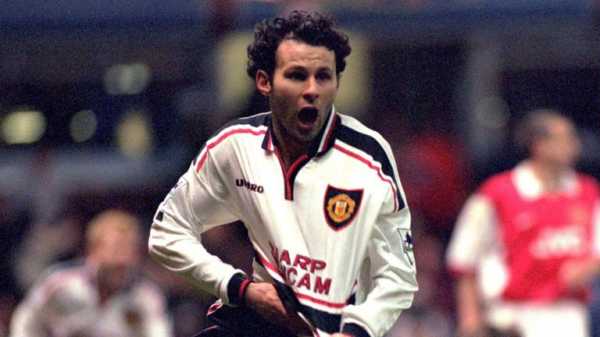 The numbers behind the feat… 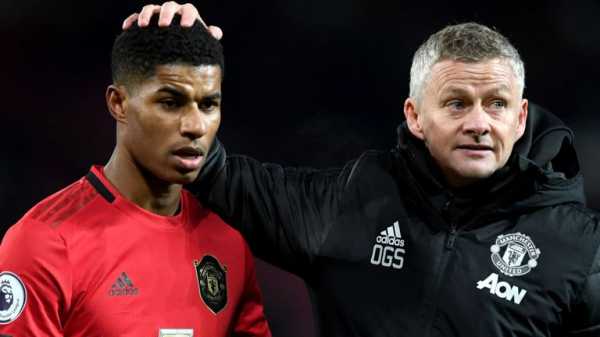 Statistics from last season illustrate how youth development is consistently in vogue for a club that has always given young players their opportunity.

During the campaign, 20 players who finished their academy football with United played in the Premier League, adding up to a total of 27,000 playing minutes – which is some 10,000 minutes clear of second-placed Tottenham.

In each of the last three seasons, even under Jose Mourinho, it has been the same story. On their own, away from the players who have left the club, Manchester United gave more minutes to academy players than anyone else in the Premier League, leading the way with 9334 minutes.

Of their 65 Premier League goals, 30 were scored by academy graduates and at 46 per cent of the total goals it broke the club record of 41 per cent that stretched back to 1995/96 and included players from the Class of ’92. 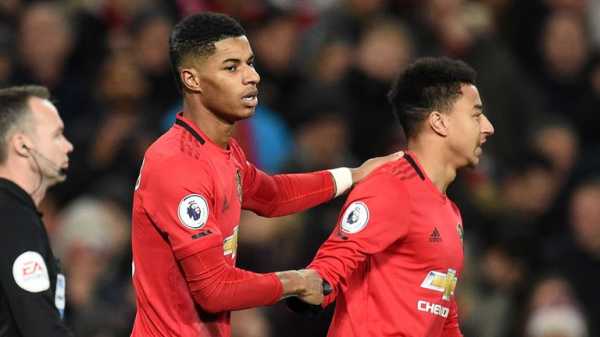 0:53 Jesse Lingard believes there is more to come from his Manchester United team-mate Marcus Rashford

Youth continues to be given a chance this season, whether due to injuries, guaranteed European progress or the search for a winning formula.

All three of the scorers in the 3-3 draw at Sheffield United came through the academy – the first time that has happened since Scholes, Beckham and Giggs each found the net in a 5-0 win over Nottingham Forest in April 1996.

Nine of the 11 starters in Astana in the Europa League recently were home-grown products, while of the seven others who made up the bench in Kazakhstan three came on as substitutes.

Only three members of that squad were older than 19, which made it the youngest Manchester United team ever assembled.

Individually, Mason Greenwood has enjoyed a promising start to his Manchester United career.

The club’s youngest Premier League starter at 17 years and 223 days against Cardiff in May, his goal against Astana at Old Trafford in September made him their youngest scorer in Europe and the first player born in the 21st century to register a goal in the famous red shirt. 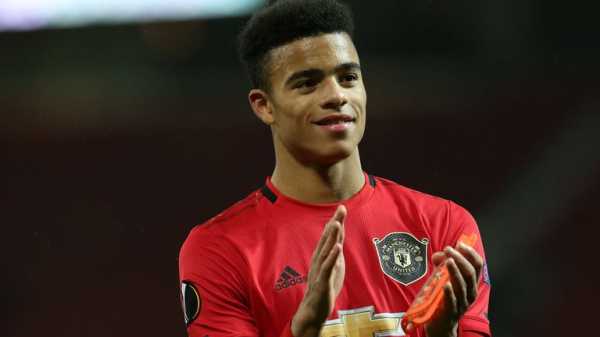 However, this season, it is another academy graduate who has emerged as a leader within the team and a consistent source of goals for Solskjaer.

Handed a debut by Louis van Gaal in February 2016, Marcus Rashford was the star performer in the back-to-back wins over Tottenham and Manchester City that have changed the mood at United.

It is now 13 goals in 14 games for club and country, including a season’s best-equalling 10 in the Premier League already.

With fresh investment in the academy, along with a renewed vigour and strategy, it looks as though Manchester United’s proud youth tradition is in safe hands.

Kai Havertz debate: Where does £76m Chelsea man fit in at Stamford Bridge?

Gardner Minshew is steering a culture change for the Jacksonville Jaguars