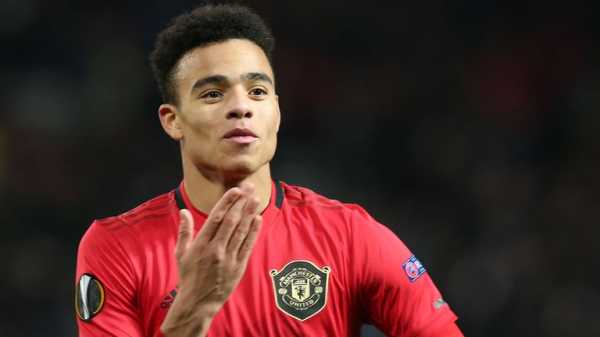 0:35 Ole Gunnar Solskjaer says he is not scared to start Mason Greenwood in the Premier League after he scored twice in Manchester United’s 4-0 Europa League win over AZ Alkmaar

Ole Gunnar Solskjaer has tried his damnedest to keep a lid on the hype surrounding Mason Greenwood.

In fairness, the United manager has done a good job, maintaining expectation levels at the same time as shielding the 18-year-old from the harshness of United’s tumultuous campaign.

But when Solskjaer, the man tasked with nurturing the promising youngster, labels Greenwood as one of the finest finishers he’s ever laid eyes on, the cat – if it wasn’t already – is well and truly out of the bag.

“I’ve seen a few good young players,” Solskjaer said. “I played with Wayne Rooney, but in terms of natural finishing, Mason is one of the best I’ve seen.”

Greenwood, like his team-mates, cut a peripheral figure in the first half against AZ Alkmaar, but was instrumental in his side’s second-half demolition job, demonstrating his finishing ability as he became the youngest player in United’s history to score a brace in Europe.

Greenwood is undoubtedly gifted, but his latest goalscoring spree provided further proof that United have a prospect on their hands, the likes of which has not been seen for some time.
Jack Wilkinson

The two sides of Rangers 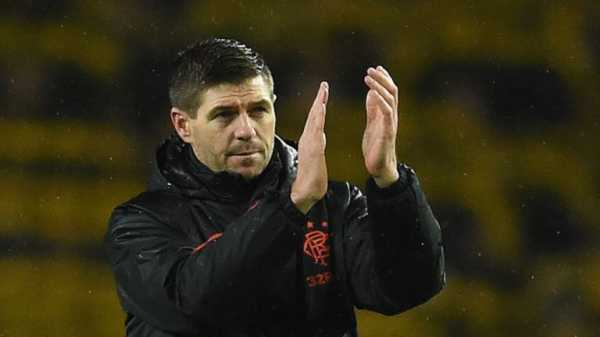 1:03 Steven Gerrard has described Rangers’ qualification to the Europa League knockout stages as a ‘magnificent achievement’

To use a traditional football term, it was a game of two halves for Rangers who showed the best and worst of their play. It was nearly another repeat from the reverse fixture loss two months ago too, with Steven Gerrard’s side almost ruining their own party at Ibrox.

Let’s start with the positives, and there were a good few. Alfredo Morelos once again dazzled up front, scoring his sixth goal of the group stages, and will end this portion of the competition as the top scorer. He gave defender Frederick Sorensen nightmares and when he, Joe Aribo and Scott Arfield got going, they would have been a problem for even the best defences.

There was some good defensive work too, especially when Young Boys surged into form in the second half, but there were too many loose passes in midfield and chances spurned. Arfield and Aribo should have nabbed a goal each at least, but were unable to take advantage. The own goal from Borna Barisic showed a real lack of concentration too, and he owes a debt to his team-mates for seeing out the game for the all-important point.

These are issues Gerrard will need to address before the knockout stages get under way next year because they may not be able to get away with the same mistakes against better sides. But they showed superb character to bounce back from a disappointing Scottish League Cup final defeat to their arch-rivals Celtic, and Ibrox will have more famous European nights to look forward to.
Charlotte Marsh 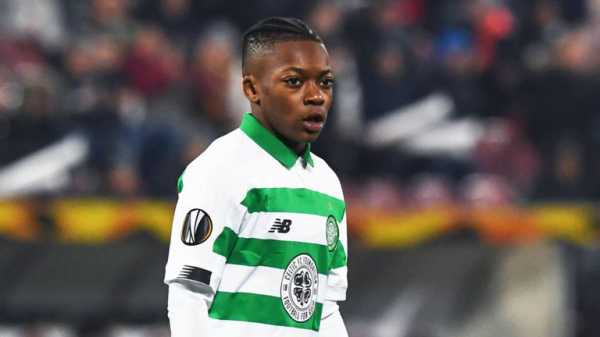 Having been tipped as potential Europa League winners by rival manager Dan Petrescu, Celtic’s fringe players failed to seize their opportunity as they were soundly beaten by familiar foes Cluj.

Neil Lennon’s side had earned the right to be in the privileged position of having top spot assured in Group E, but the 1,000 supporters who made the trip to north-western Romania witnessed a moment of history.

At 16 years and 293 days old, Karamoko Dembele became the youngest player to ever play for Celtic in major European competition, and while the teenager only had 18 minutes to make an impression, his movement and close control suggest it will be the first of many at this level.

Despite his tender years, Dembele doesn’t look out of place.
Ben Grounds 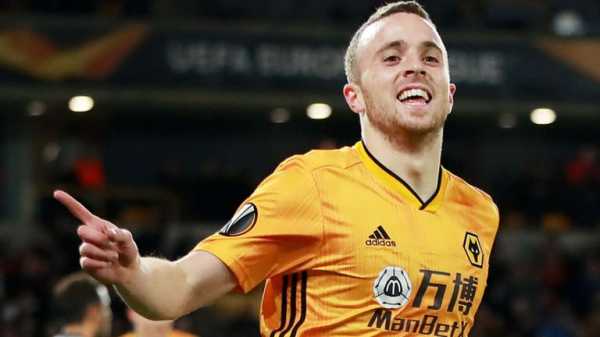 0:30 Diogo Jota changed the game for Wolves as he scored an 11-minute hat-trick in the 4-0 Europa League win over Besiktas, says head coach Nuno Espirito Santo

Having finished last season so strongly, big things had been expected of Wolves forward Diogo Jota coming into this campaign. Belatedly, the Portuguese has found his best form – following up his two goals against Brighton with a hat-trick against Besiktas on Thursday.

The game had been goalless when Jota was introduced just before the hour mark but the substitute broke the deadlock with his first touch before producing two more poacher’s finishes to complete his hat-trick in just 11 minutes. What an impact.

Jota’s goal glut means he has scored more goals in his last two appearances than he had managed in his previous 24 for club and country this season. It is a huge boost to Nuno Espirito Santo, who could have been forgiven for wondering whether the player could thrive in his 3-4-3 formation.

After all, it was only after Jota was moved more centrally to partner Raul Jimenez in a 3-5-2 formation that he enjoyed his purple patch last term. While the switch back to 3-4-3 has suited some, including Ruben Neves, Jota was seen as a potential victim of the change.

But he is a confidence player above all else and with Wolves going into a daunting run of games over the festive period, having Jota in this kind of form could be huge.

Europa League progress had already been assured before this game against Besiktas. But Jota’s dramatic intervention at Molineux means the night could yet prove to be a significant moment in Wolves’ season nevertheless.
Adam Bate