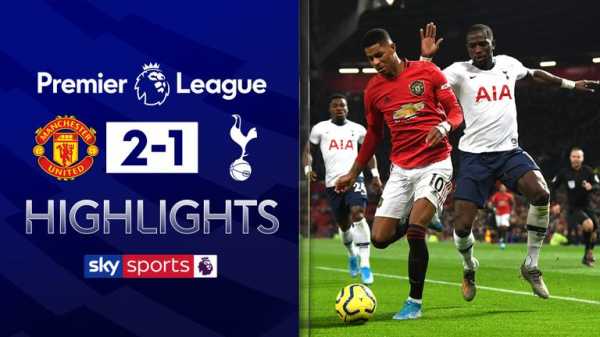 2:57 FREE TO WATCH: Highlights from Manchester Utd’s victory over Tottenham in the Premier League. 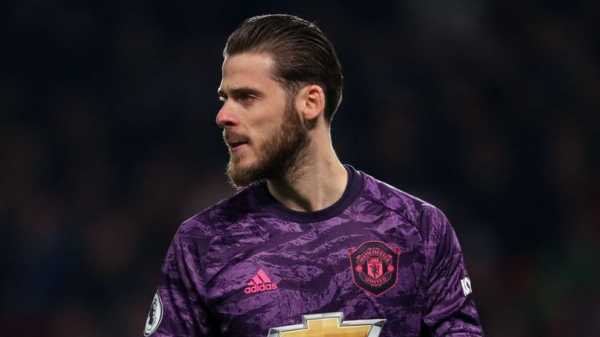 There was nothing he could do to keep Dele Alli’s sensational equaliser out in the first half but De Gea was assured when dealing with everything else Spurs could muster on the United goal.

Rarely caught out of position and kept Heung-min Son quiet for the duration with another exemplary defensive display.

Led superbly alongside Maguire and was never caught out of position in an encouraging victory.

Kept Kane quiet throughout the entire game and managed United’s defensive shape which kept Spurs chances at a premium.

Was fortunate not to be punished by losing possession cheaply in the second half but, other than that, did not put a foot out of place on a welcomed return to the first team.

Brought a much-missed physical presence to the United midfield as he returned from a three-game injury lay-off but looked ever so slightly off the pace. 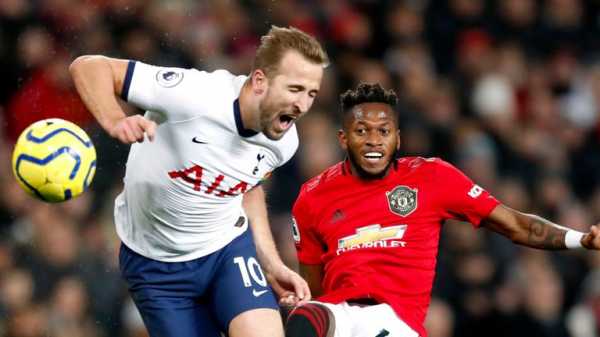 With Andreas Pereira on the bench, the Brazilian was United’s legs in midfield and tirelessly covered every blade of grass in addition to his creative duties.

Had a couple of chances to make United’s lead more secure but found himself on the fringes on what they did well in attack.

A willing runner and cog in the United attack as he acted as the glue between the midfield and attack. Should have probably had a goal or an assist to show for his performance. 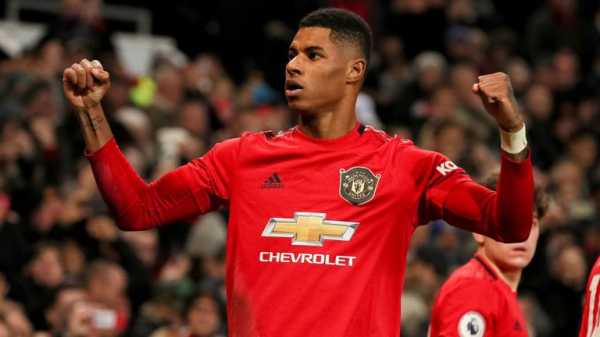 Man of the Match – rewarded for grabbing the game by the scruff of the neck when he forced the early error from Gazzaniga for United’s opener. Set the tone from there on with an infectious display that resulting in him winning and then converting the decisive penalty. 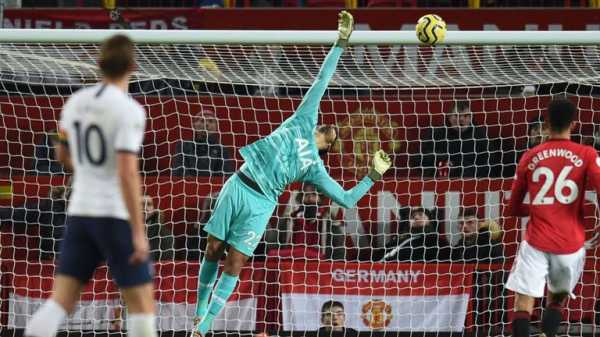 Was caught cold for Rashford’s opener, but recovered to make some excellent saves that kept Spurs in the game before Alli’s equaliser.

Question marks about some of his early defending as United exploited space down his side, but provided good width going forward that led to the Spurs equaliser. Also lost Rashford too easily in the move that led to United’s penalty.

Took too long to get going and he was largely responsible for United’s opener, losing the ball far too easily to Lingard in the build-up.

Solid as ever. Let down by other members of his back four.

Didn’t do a lot wrong. Most of the problems United caused Spurs came down the other side. 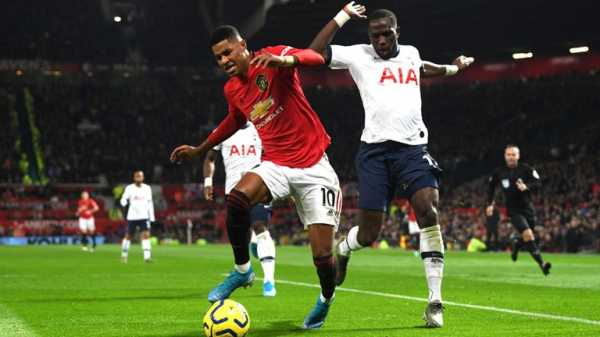 May have been a bit of a soft award from the referee but Sissoko’s challenge on Rashford was clumsy.

Had some difficulties in his 70 minutes or so on the pitch as Spurs were overwhelmed by the running power of United’s attack.

Ineffective in attack and withdrawn early by Jose Mourinho. 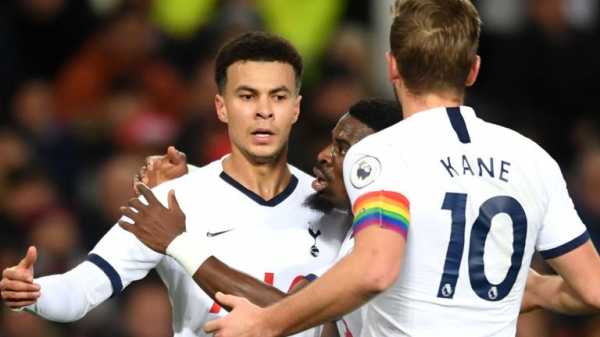 His goal was vintage Alli and showed he was back to his very best. A majestic touch and finish.

Worked hard for Spurs to create chances and showed some good footwork, but not one of his better nights.

Anonymous up front for Spurs. A night to forget for the England captain.