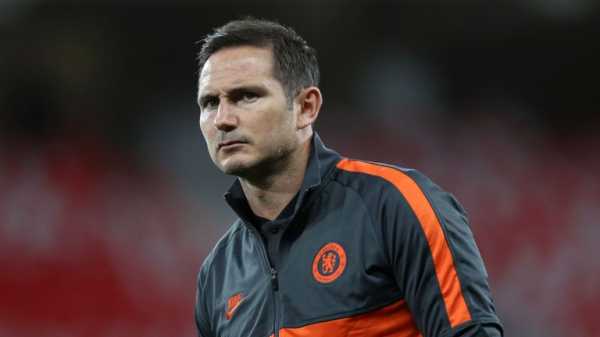 Chelsea boss Frank Lampard says his side need to be more clinical, after missing numerous chances to better their 2-1 win over Aston Villa

Chelsea’s 2-1 win over Aston Villa was a good response to their below-par defeat to West Ham – but now they must build on a positive start to the season, says boss Frank Lampard.

Fit-again Tammy Abraham and Mason Mount scored in each half to get Chelsea back to winning ways after back-to-back defeats to Manchester City and West Ham.

Wednesday’s win has strengthened Chelsea’s hold on a top-four place and they are six points clear of fifth-placed Wolves, and, more significantly, eight clear of Manchester United and nine ahead of Tottenham.

But Lampard is not willing to rest on his laurels – despite his young side performing above expectations in the opening third of the campaign. 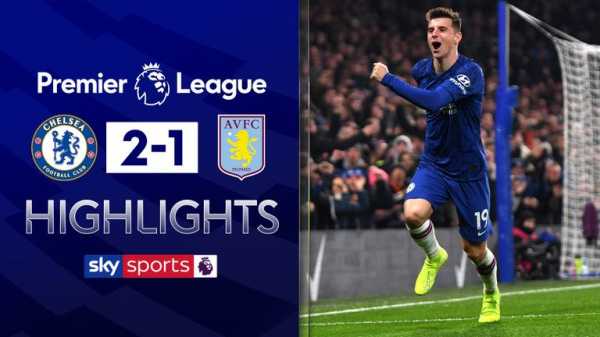 2:57 FREE TO WATCH: Highlights from Chelsea victory over Aston Villa in the Premier League

“The last week has been a good example of that for us. I saw us go to Man City and trade with them like a big team that was in and around that level, then I saw us play against West Ham like a team that’s not that.

“Then I saw a recovery [against Villa] back to where we were. That shows me we have real potential but we have to be aware there may be tough bumps that we’re going to have to overcome because we’re young, because we’re slightly transitional, and that will only show itself as we go along. 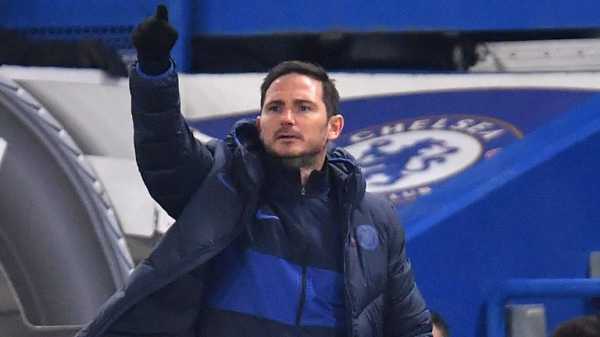 “The important thing is we keep working to improve every day.”

Abraham missed Saturday’s 1-0 loss to West Ham with a hip problem but was back in the starting line-up against his former loan club Aston Villa and headed home Chelsea’s opener before teeing up Mount for the winner. 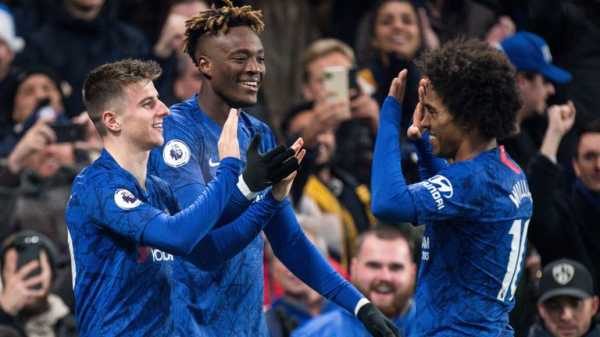 Lampard, was full of praise for the 22-year-old striker, who now has 11 Premier League goals this term.

“Tammy, at the moment, is a striker who is near the top of the goalscoring charts in the league, he’s showing his all-round game, which stretches defences, starts our press, and is a personality that is growing in our dressing room every day with his enthusiasm and his will to win,” he said.

“Of course if a player is on such a good run and they come out of the team it’s normal that you can miss them and [against Villa] he came straight back in as he left off.” 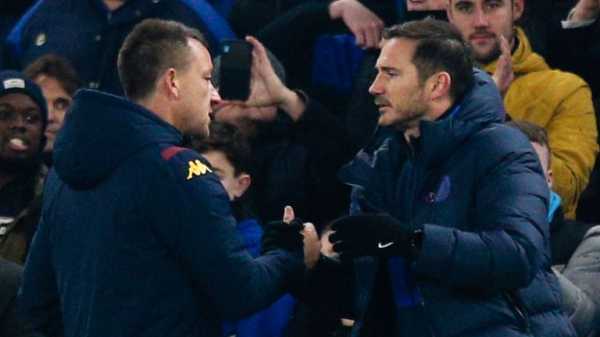 Lampard shared an embrace with former team-mate John Terry at full-time before the Aston Villa assistant and ex-Chelsea captain applauded all corners of Stamford Bridge. Terry had received a warm reception from the home fans, who produced two huge flags before the match in his honour.

The Chelsea manager said it was good to see Terry again – and his love for the Stamford Bridge club was plain to see, despite his commitment to Aston Villa.

“He had his moment on the pitch,” said Lampard. “It’s difficult when you come back to a club you feel so much for and vice versa and you’re working and part of another club. He’s respectful of Aston Villa so it wasn’t a massive celebration time. But the respect both ways is huge.”