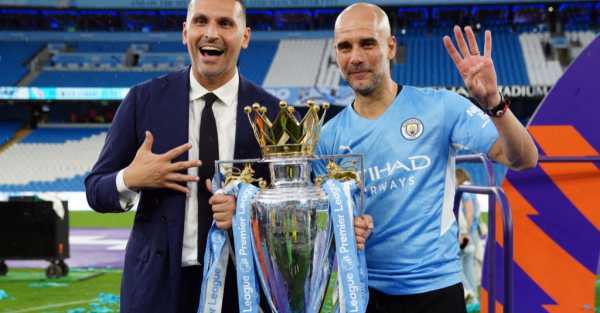 The Premier League champions have already secured a deal for the much-coveted Borussia Dortmund striker Erling Haaland and their attack will be further boosted by the arrival of Argentina international Julian Alvarez.

Yet that is unlikely to be the end of the transfer activity ahead of next season with manager Pep Guardiola also looking for additions in other areas.

Speaking in his annual end-of-season interview with the club’s website, Khaldoon said: “I can confirm that there will be more players coming in.

“We are looking to strengthen the team in the areas that we need strengthening, and every season some players leave and we have to continually refresh the team.

“I think we’ve made two very important additions already but I anticipate we will be doing a couple more.”

Of the business done so far, Khaldoon is convinced City have pulled off a coup in securing the services of Haaland.

The prolific 21-year-old will move to the Etihad Stadium for £51million after City saw off interest from other clubs.

Khaldoon said: “We have, in Haaland, arguably the best number nine in the world at the right age.

“When you look at the next 10-15 years we have invested, in Haaland, in that striker for the future.

“He is a very, very unique, incredibly talented striker that I think the whole world has been looking at. I would say every big team in the world wanted Haaland to join and we are absolutely delighted Haaland chose to join Manchester City.

“For us, it’s a super decision. We are getting, truly, a phenomenal player. He will fit very nicely with the group.”

Next season will be Guardiola’s seventh at City and the last of his current contract.

There has been speculation about the inspirational Spaniard’s future but, after negotiating extensions with him in his final year twice previously, Khaldoon does not see it as a matter of concern.

He said: “It is a partnership that has done wonders over the years. It is approaching its seventh year and next year is going to be an exciting chapter of this partnership, and we’re enjoying every moment of it.

“We’re achieving great things together and this conversation will be had at the right time, at the right pace, and with the pace, time and framework that works for Pep.”

Khaldoon added that Guardiola is not under any additional pressure to win the Champions League, which is the one major trophy that has eluded him at City.

“The pressure is not of winning this competition or that competition. We approach every season to win and to try to win every competition we compete in.”

City secured their fourth Premier League title in five seasons this month but “within hours” thoughts turned to next term.

“Our mindset, while celebratory, immediately flips to the future and how to keep strengthening,” Khaldoon said.