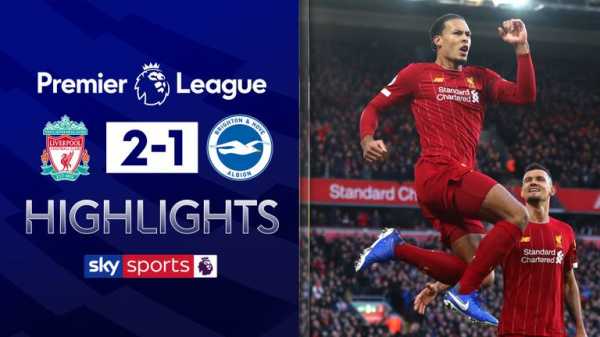 2:58 FREE TO WATCH: Highlights from Liverpool’s 2-1 win against Brighton

Gary Neville said recently that this Liverpool side remind him of the title-winning Manchester United sides he once played in and it is easy to see why. They have the same powers of recovery – as seen in the recent wins over Crystal Palace, Aston Villa and Tottenham – and the same resilience – as shown by how they withstood the late pressure on Saturday.

Just as important, however, is that they capable of scoring all kinds of goals. Mohamed Salah, Sadio Mane and Roberto Firmino still account for the bulk of them, of course. Those rapier-like counter-attacks remain as difficult to stop as ever. But Van Dijk’s double was a reminder of the considerable threat they pose from set pieces.

According to Opta, Liverpool have now scored 40 goals from set pieces since the start of last season. It is more than any other side in the Premier League. Van Dijk’s towering frame can be impossible to defend against and he is not their only threat either. In the same time-frame, they have scored 29 headed goals. No other Premier League side has managed more than 19. 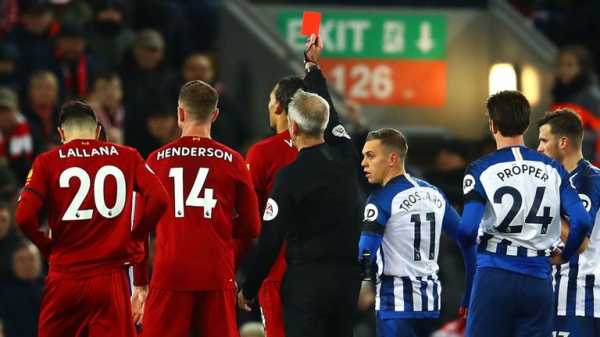 Klopp will also be encouraged by how they coped without Fabinho, who has been ruled out until January. He described the Brazilian’s ankle injury as a “massive” blow after the Napoli game, but it is softened by having a player of Alex Oxlade-Chamberlain’s calibre ready and waiting to step in.

Oxlade-Chamberlain did not play the Fabinho role, that task was left to Jordan Henderson, whose performance Klopp described as “sensational”, but it was Oxlade-Chamberlain who provided the zip and penetration in the middle, repeatedly stealing possession from Brighton and driving Liverpool forward. Nobody had as many shots as him and nobody made more interceptions either.

Oxlade-Chamberlain has not started back-to-back games since August, but on this evidence that will need to change during the hectic run of fixtures that lies ahead. Liverpool’s draw with Napoli on Wednesday sent their Champions League qualification hopes to the last game, and there was no opportunity to conserve energy against Brighton either.

Quite the opposite, in fact. Premier League tracking data shows Liverpool ran 112.8km over the course of the 90 minutes against Graham Potter’s side, their second-highest total in any game all season behind only the meeting with Manchester City. This was another breathless, frantic encounter and there are likely to be more like it in the weeks ahead. 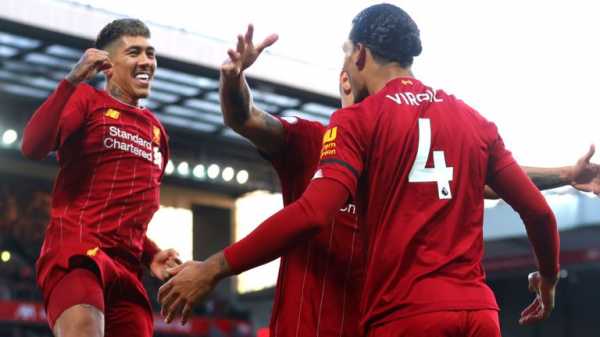 It’s during those weeks, when Liverpool play 10 games in 30 days, that this squad will be most sternly tested. Already this season, Van Dijk, Firmino, Mane, Alexander-Arnold, Andrew Robertson and Georginio Wijnaldum have amassed more than 20 appearances – and that’s without even considering internationals.

An already heavy workload is about to get a whole lot heavier, but another victory here means they will approach the challenge ahead with the momentum still behind them.

Right now, Liverpool are rising to every challenge, grinding out the victories they need and moving closer to the prize they crave the most. There is a long way still to go – the road ahead will be arduous – but Anfield is starting to believe and it feels like Klopp and his players are too.