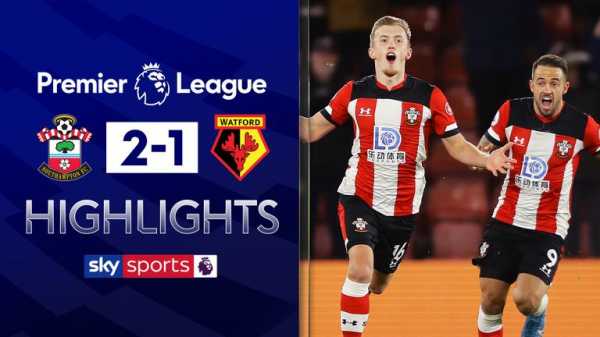 2:57 FREE TO WATCH: Highlights from Southampton’s win over Watford in the Premier League

A case for the defence

Duxbury did have a strong rationale behind returning to Sanchez Flores, though. Watford had conceded 18 goals in those final 11 games of 2018/19 and another eight in the first four of 2019/20, and needed solidity quick.

With Sanchez Flores at the helm in 2015/16, Watford had kept 11 clean sheets in the league – but there was to be no repeat performance this time around.

The tools at his disposal have not helped. Watford have broken their transfer record this season, but the £40m outlay on forward Ismaila Sarr did not do much to address the issue of an ageing and porous backline which conceded 59 goals in 2018/19, only 10 less than Cardiff City.

Within weeks of his return, Sanchez Flores had plucked Sebastian Prodl from obscurity to hand him his first league start in a year – a sign of how depleted the Hornets’ defensive ranks had become, with no serious investment in 2019, bar the £5m arrival of Craig Dawson from West Brom.

Only Southampton have conceded more so far this season, leaving Watford in even bigger trouble considering goals have dried up at the other end too, and a goal difference of -19, the worst in the Premier League.

Sanchez Flores must take the main responsibility for Watford’s situation, though. Although painfully out of form for much of 2019, this is still largely the same squad which did break that positional record and reach that cup final. But instead of rejuvenating the dressing room, his return to Vicarage Road just continued its decline.

Sanchez Flores was the right man for Watford in their first season back in the top flight but two poor spells abroad before his return did not mark him out as the obvious successor to Gracia.

It was concerning that after that Manchester City pummelling, only his second game in charge, he was already worried about his future, but he knows the way of the Hornets as well as anyone.

“It’s about the results, and the result today it damages myself a lot,” he said. And he was right. A brief reprieve would follow with a run of three draws and two clean sheets, but a sound 3-0 home loss to Burnley brought those defensive worries back into full focus, and defeat at Southampton was always likely to prove the final straw.