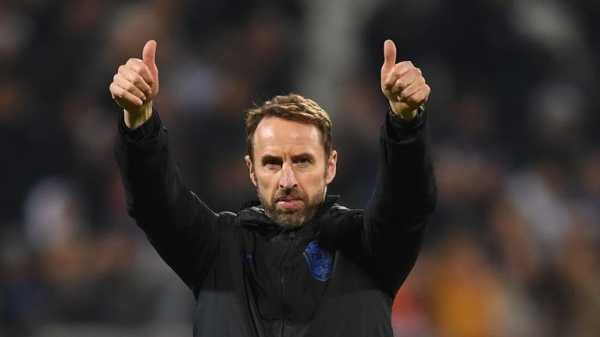 England will be under extra pressure at Euro 2020, The Sun’s Shaun Custis told Sunday Supplement

England’s path to potential Euro 2020 glory became clearer on Saturday as the draw for next summer’s tournament took place, with the Sunday Supplement panel conceding pressure will be ramped up on the Three Lions.

England avoided a potential group of death and will face Croatia, the Czech Republic and the winner of Playoff C at Wembley in the group stages, before a potential last-16 tie with Germany, France or Portugal, who were all drawn into Group F.

After their unexpected run to the World Cup semi-finals in 2018, Gareth Southgate’s men have been installed as the early favourites for the tournament, but the Sunday Supplement panel are wary of the added expectation and pressure the young side will be under with home advantage in the group and potential semi-final and final.

‘The weight of the shirt will be back’

Sean Custis, Head of Sport at The Sun: “The feel-good factor will be all around – Three Lions on the shirt, like 1996 again. We came so close to getting to the World Cup final and there will be a bandwagon rolling. They’ll be under quite a bit of pressure actually. I think they’ll feel it certainly more than they did in the World Cup because it was unexpected to get to the semi-final. This time there is a lot of expectation, even to win it, so I think the players will feel it like they haven’t felt it before. The weight of the shirt will be back.” 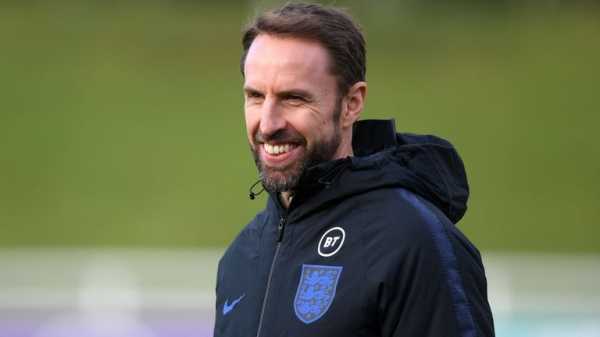 Matt Law, Football News Correspondent at The Telegraph: “Those three group games, people will be going to Wembley expecting not just victories but performances. And then I think anything less than a semi-final will be regarded by a lot of people as a failure, a disappointment. Shaun’s right that it is a much different level of expectation on them.”

‘The second round of death’

Law: “Croatia and Czech Republic, if we weren’t playing at Wembley, you would say they could be quite tricky games. Croatia aren’t what they were, but if you were playing them on neutral soil, who knows. Czech Republic obviously beat us out there. The fact they’re all at Wembley, I can only really see three wins. I think it’s a good draw. They’re not three gimmes. They’re going to be competitive enough that you’re going to be at a level for the next round. Group wise, I think it’s a great draw.”

Mark Ogden, Senior Football Writer at ESPN: “It’s not a group of death, it’s a potential second round of death. They could get Germany, France or Portugal, so if you win the group you’re heading into a really difficult game in Dublin. England don’t tend to beat the big teams at tournaments. But this is a rising England team with a lot of good players and lots of confidence, so perhaps this changes it.”

Custis: “If you’re any one of those three sides, you are really cursing. What have they done to deserve getting in the same group? They’ll be looking at England thinking ‘they’re at home and they got a group like that. Now we get this one’. They’ll be pretty upset, I would say. Getting past that second round if we win the group is going to be really hard. I would expect us to get to the final, given we’re at home. I think we’re good enough. We’ve got enough good players. We’ve proven we’ve got good players.”

Law: “I don’t think we’re good enough to get to the final. We’ve not been that great recently. I think if we get to the semi-final, we’ve done well.” 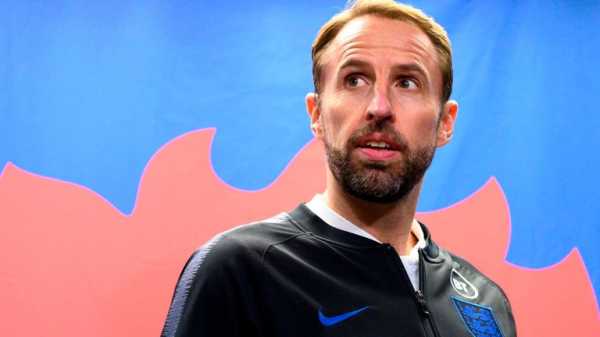 4:24 Would it be better for England to finish second in their Euro 2020 group? Southgate reflects on Saturday’s draw

*If Romania win Path A, they will be placed in Group C, with the winner of Path D going into Group F

Bizarrely, just like at the 2018 World Cup, England may well want to finish second in their group, to avoid facing the runner-up of the feared Group F.

In Russia, finishing behind Belgium in their group provided arguably a simpler route to the semi-finals, facing Colombia and Sweden, while Belgium went up against Japan and Brazil.

At Euro 2020, if England win Group D, they will face the runner-up of Group F, which includes Germany, World champions France, European champions Portugal and one of the play-off winners.

Finishing second would mean they face the runner-up of Group E, which currently includes Spain, Sweden, Poland and one of the play-off winners. 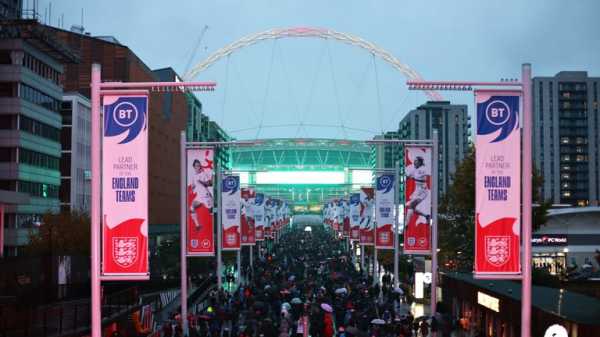 Where will England be playing?

If they top their group, they’ll then travel to Dublin > Rome > Wembley for semi-final & final.

If they finish second: Copenhagen > St Petersburg > Wembley for semi-final and final.

If they finish third (and are in the top four third-place finishers), they’ll either travel to Glasgow, Bilbao or Budapest for the last-16 match.