Leeds United have appointed Paul Heckingbottom has as their new head coach – less than a week after he signed a new contract at Barnsley.

The 40-year-old, who had been in charge at Oakwell since February 2016, agreed new terms with the Tykes on Friday.

But Heckingbottom has swapped that rolling contract for an 18-month deal with their Yorkshire rivals to replace Thomas Christiansen.

A Leeds statement read: “Leeds United are delighted to confirm the appointment of Paul Heckingbottom as new head coach of the club.

“The 40-year-old has signed a contract running until the summer of 2019 and succeeds Thomas Christiansen who left Leeds United on Sunday.”

Christiansen was sacked after a 4-1 home defeat by Cardiff which made it seven matches without a win.

Leeds began the season with a seven-game unbeaten run, raising hopes of a promotion push, but they have since slipped to 10th in the Championship.

Heckingbottom will be expected to swap Barnsley’s relegation battle for an assault on the play-offs – Leeds are currently six points behind sixth-placed Bristol City.

Predictably the news did not go down well at Barnsley, who said in a statement: “Barnsley Football Club are thoroughly disappointed to announce that Paul Heckingbottom has joined Leeds United.” 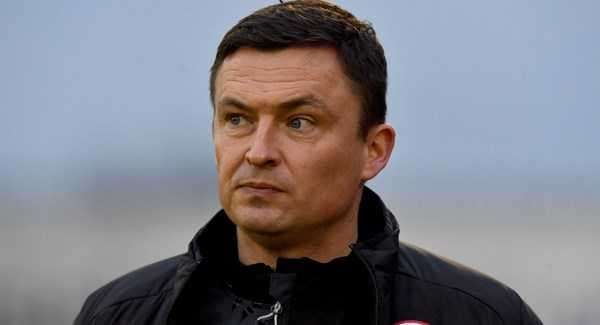 Chief executive Gauthier Ganaye added: “Yes, it was unexpected. Yes, it has come during an already complicated period. Yes, it will make things more difficult short term, but our club is full of resources and it is certainly not dependent on one man alone.

“I’m asking everyone from the players, employees and our loyal fans to come together as we have an important game on Saturday.”

Heckingbottom will begin his Leeds tenure with a Yorkshire derby against Sheffield United at Bramall Lane on Saturday.

Ahead of his first training session with his new players, Heckingbottom told Sky Sports News: “I can’t wait to get started.

“It’s a big opportunity at a big football club and it’s something that you work hard for.

“What appealed was the size of the club. When I spoke to Victor (Orta, director of football) and the owners they were aligned with what I was thinking and how I liked to work.

“I’m presuming that’s the reason they thought I was right for the job as well, because I’m aligned with how they like to work, so hopefully that will be good for us going forward.”