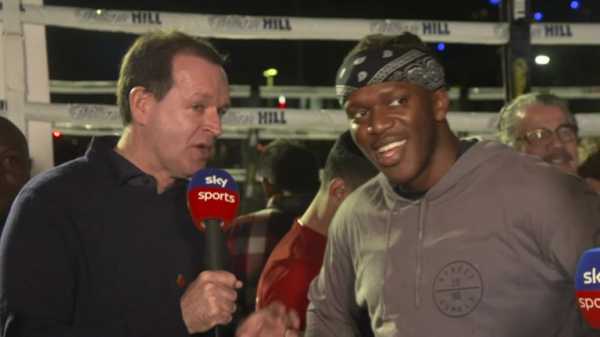 KSI clashed with Logan Paul’s trainer Shannon Briggs as things boiled over at a chaotic and adrenaline-fuelled public workout in Los Angeles.

The two YouTube stars – who fight at the Staples Center in the early hours of Sunday morning, live on Sky Sports Box Office – took to Venice Beach to showcase their boxing skills on Tuesday, but things soon escalated when teams collided ringside. 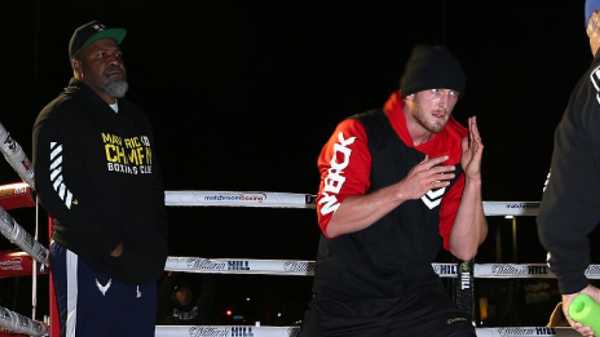 “It’s crazy. Everyone finds him annoying. He’s always disturbing people, look what he done to Wladimir Klitschko, he’s a nuisance and is annoying.

“Hopefully, after this fight I can get rid of him for good. After I mess up Logan Paul, he will probably gravitate to his brother Jake (Paul) to help his career and shout ‘Let’s go champ’ some more.” 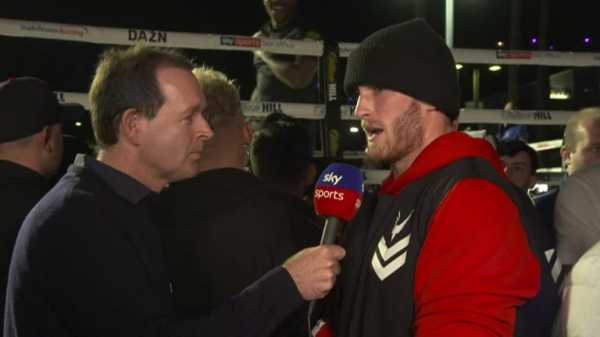 1:02 Logan Paul says Shannon Briggs has turned him into a monster during training camp and KSI will look like a clown on Saturday

Briggs said moments earlier, “Here we are at KSI’s work out and as you can see he’s not ready, I don’t know what this is.

“He ain’t moving after he punches, he’s going down fast and hard. He’s waiting for the receipt, he goes one-two and waits. If you practice like that, you’re going to fight like that.

“I’m so confident now being here, I can’t wait for Saturday.”

“Your boy is going to knock out Logan Paul and it will be easy work. I will make him run and he will be very afraid of my punches. I let my actions do the talking,” KSI added.

“I’ve fully levelled up, my stamina is incredible, he’s not ready for me.”

His American counterpart responded: “KSI my friend, four days to bake that cake. Go do something fun because I’m going to end you forever, I’m going to put more scars under your eyes.

“My whole team has a problem with his whole team.

“Saturday will be a purge. Remember this moment, people will ask ‘who thought it was a good idea to put that man in a ring with me?’

“Violence and fury, last year I was vegan and had a girlfriend. Now I have the urge to beat people up, Shannon has pulled a monster out of me.”

Watch KSI vs Logan Paul 2 on Saturday, live on Sky Sports Box Office, from midnight. Book it via your Sky remote or book it online here. Even if you aren’t a Sky TV subscriber you can book and watch it here.