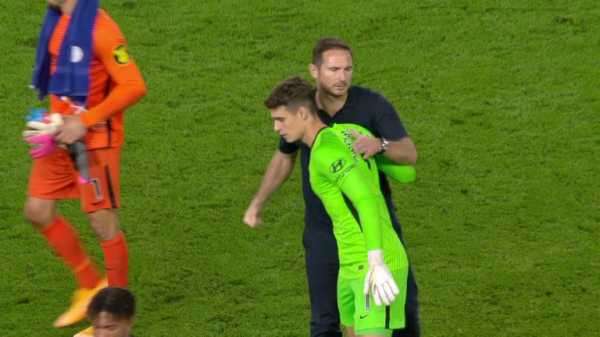 Chelsea’s need for a new goalkeeper to replace Kepa Arrizabalaga was a discussion point on Good Morning Transfers.

Chelsea goalkeeper Kepa Arrizabalaga gets a “rough ride” and can do nothing about his world-record £71m fee, according to his former team-mate Rob Green.

Kepa has conceded 19 goals from outside the box in the Premier League since his debut in August 2018 – more than any other player.

Chelsea are reportedly close to agreeing a deal to sign goalkeeper Edouard Mendy from French club Rennes, but Green backed him to fight back after the most recent wave of criticism – starting against Liverpool on Sunday, live on Sky Sports. Green told The Football Show: “I believe in Kepa’s ability. I believe he has what it takes to be a top-class goalkeeper. He’s a brilliant guy and both emotionally and mentally he had to settle in to playing in England on his own at a young age. 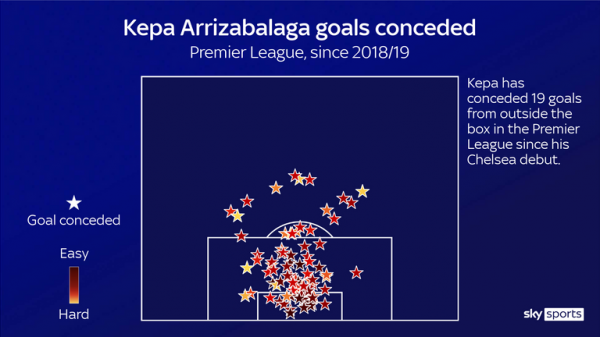 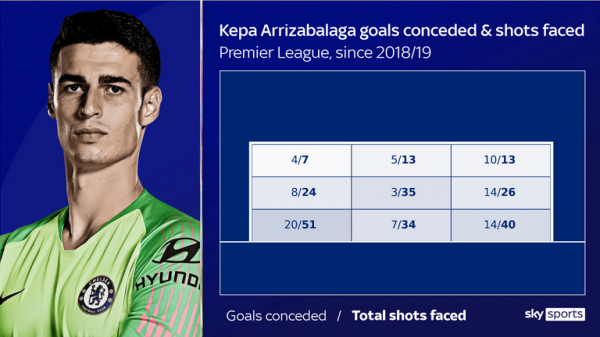 “It’s a big ask and there are periods as a goalkeeper when you spend a lot of the time on your own. As a young man, he spends a lot of his time in London on his own and away from his family. So when things get tough, it will eat away at him.

“Last season, we saw Frank Lampard pull him out of the team at times and then brought him back. He had a man-of-the-match performance against Manchester United in the FA Cup and that’s what he can do as he did in his first season at times for Chelsea.

“You hope he can get back to that level but as it was such a high price tag they paid, he’s always going to get criticism but that wasn’t his fault.” 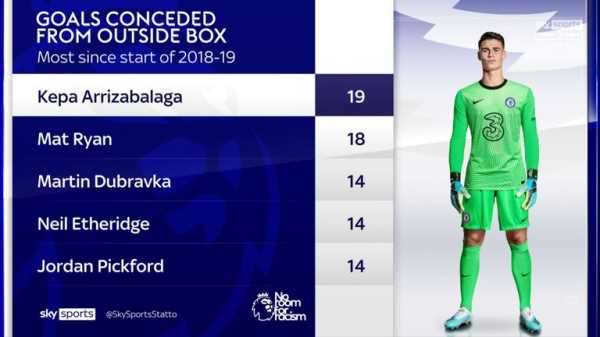 Lampard maintained that he is “very happy” with Kepa, while Gary Neville criticised his performance and said Chelsea will not win a league title with the Spaniard following the 3-1 win at Brighton.

Leandro Trossard’s 54th-minute equaliser from outside the area wriggled under the outstretched hands of Kepa, once again raising questions over whether he should remain as Chelsea’s No 1.

But Green analysed the goal on Sky Sports and believes Kepa will have attracted plenty of sympathy from fellow goalkeepers given the trajectory of Trossard’s shot. 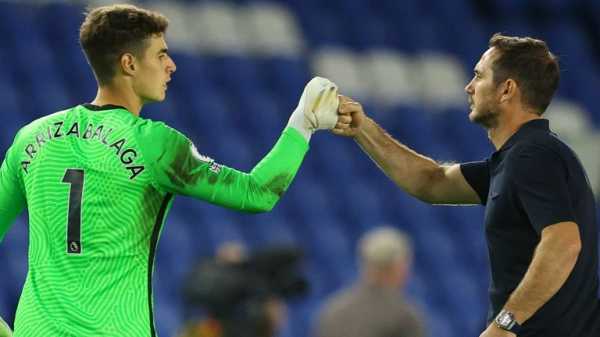 “He’s been getting a rough ride of late and he’s an easy target at the moment,” Green continued. “It was a shot from distance, a strike from 24 yards. People have said he had a clear sight of the ball but there’s five players standing potentially in his line of vision. 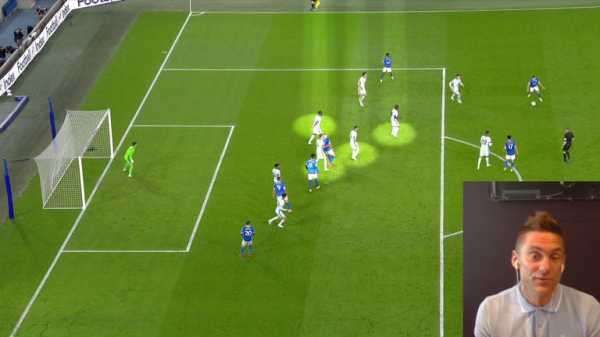 “He’s seen the shot through bodies, and a strike from distance that goes through a number of bodies are always difficult because it brings up a number of scenarios in your mind and can play with the clarity in your mind.

“When you look at the height of the ball as it goes past Kurt Zouma around 12 yards out, you have to commit to a dive at some point. Kepa is on the move and he’s committing to a dive. You can see because of the trajectory of the ball he’s committed to going up and then has to adjust to dive down, which as a goalkeeper is nigh on impossible because your body is going in one direction. 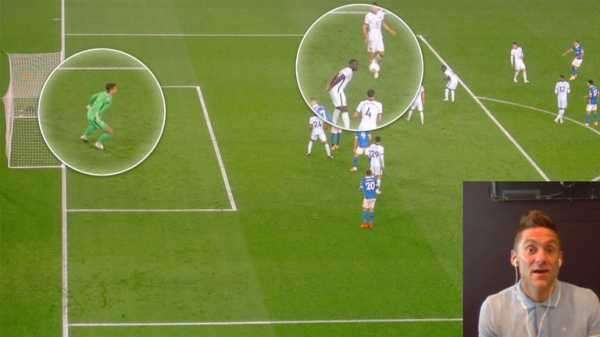 “The ball then drops to land on the floor around two or three yards out and it’s dipped a foot in the 10 yards or so since it flew past Zouma. It made it a really difficult scenario for Kepa because if the ball just travels left or right, you can move your hands up and down, you can move across.

“He actually gets across to the ball, but it goes underneath him. It’s not a lateral movement that does him, but a vertical one. I think he got a lot of unfair criticism for it. He’ll be disappointed not to save it but the shot even tricked the cameraman because he’s not expecting as great a dip on the ball, either. 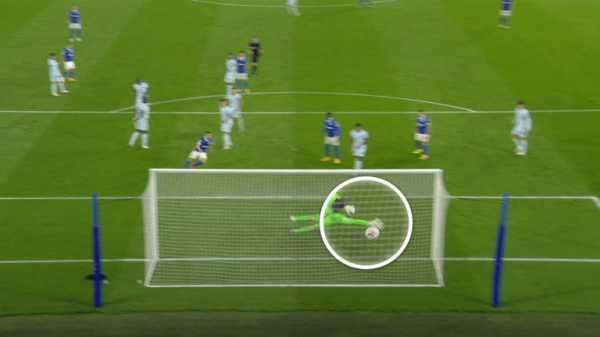 “As a goalkeeper, others will have watched it and felt for Kepa as you can’t really adjust to a dipping shot. It’s in the lap of the Gods if you can keep it out. You can try to throw an arm down, like he did, but it’s the width of a hand, it’s two inches. That’s the difference between making the save and not.”

Kepa’s opposite number on Sunday will be Liverpool’s Alisson, who won the golden glove with 16 clean sheets in the Premier League last season.

Green believes Alisson benefits from a settled defence in front of him but says Kepa must aspire to bring the same level of calmness to Chelsea’s defence as the Brazilian does for Liverpool. 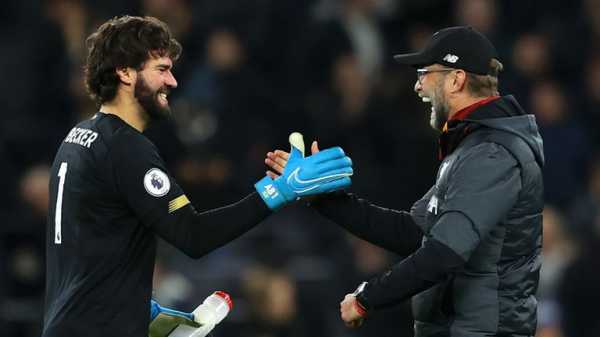 “Jurgen Klopp has found a back four that works, found a consistency within them and with Alisson, it took a while to find that back four but also for them to establish which ‘keeper they wanted. They had other ‘keepers that didn’t work out, then they found Alisson and what a revelation he’s been,” said Green.

“For Kepa last season it was a tough ride because he’s had changes of formation, changes of personnel in front of him and not built up that relationship with some younger, less-established centre-halves than, say, Virgil van Dijk.

“Alisson brings that calming presence, he’s fantastic at that. At this moment in time, the relationship between the centre-halves and Kepa at Chelsea isn’t there. That’s something at Chelsea that’s the target they’re looking for, that relationship, that consistency and that understanding.” 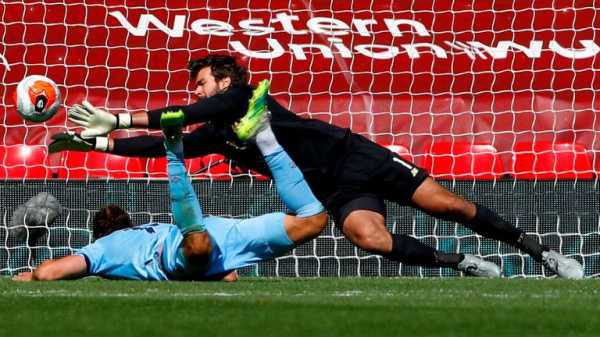 Green rates Alisson as the best goalkeeper in the Premier League and says his combination of shot-stopping and distribution put him top of the pile.

“As a presence and a calming influence in the Liverpool defence, he’s not too flamboyant. This Liverpool team look at him and know they can rely on him and as a goalkeeper that is priceless.” 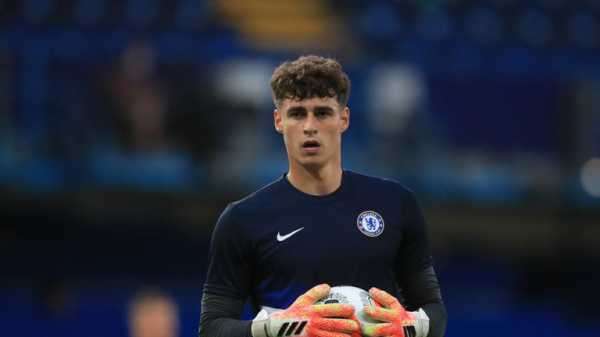 4:07 After Kepa Arrizabalaga conceded another long-range goal against Brighton, Gary Neville and Jamie Carragher agree that Chelsea need a new goalkeeper if they have any hope of winning the title soon.

“I don’t think he is [happy with Kepa]. I wouldn’t be, but, yet I know full well, having been in a coaching position, been in a changing room, you have to back your goalkeeper. You must back your players, you have to support them publicly but privately that goal, it’s a really poor goal to give away.

“He conceded so many goals from outside the box last season, he’s conceded another one tonight and it will cost you. If you don’t have a top goalkeeper, you won’t win that league.

“At this moment in time he makes far too many mistakes. He lets too many goals into the back of his net that should be saved. Nineteen goals conceded from outside the box – that is a sorry story for a £70m goalkeeper. 2:58 FREE TO WATCH: Highlights from Chelsea’s win over Brighton

“A few years ago, I used to be quite critical of Loris Karius and Simon Mignolet. 50 goals a season, but as soon as Alisson came everything became normal. It was the same at Manchester United in my time when we had that period between Peter Schmeichel and Edwin van der Sar. As soon as Van der Sar came, it became normal.

“You will not win a league with a goalkeeper who is letting goals in from outside his box, doesn’t dominate his area and concedes goals from set-pieces. It isn’t going to happen. 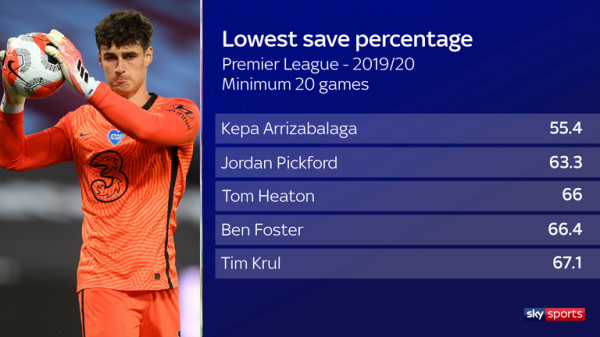 “It’s a stark warning. Frank Lampard knows this. He’s played in championship-winning teams, he knows what he needs to do, he doesn’t like the goalkeeper, he wants him out and he’s going to bring a new one in because he knows Frank Lampard will be sacked as a manager if he doesn’t win the league in the next two or three years.

“Every manager of any salt will be harsh. He’s got to be ruthless and do it for himself because that £70m, he wants to look after the club’s money, he wants to try and get it back, but unfortunately, it’s gone.” 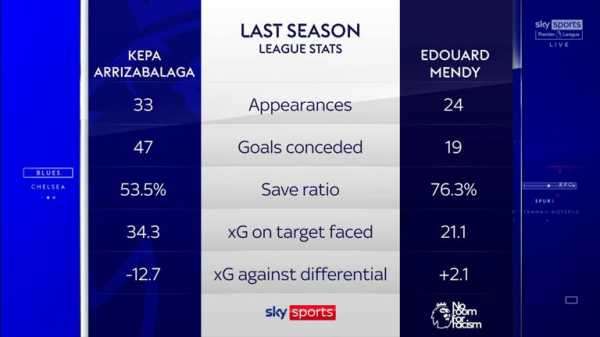 “Edouard Mendy has certainly got better numbers than Kepa. Unfortunately for Kepa, some of his numbers are the worst in the league.

“Whoever you bring in, it looks like it’s going to be better. It’s just whether you are talking about Ederson or Alisson level, and that’s the level you need. 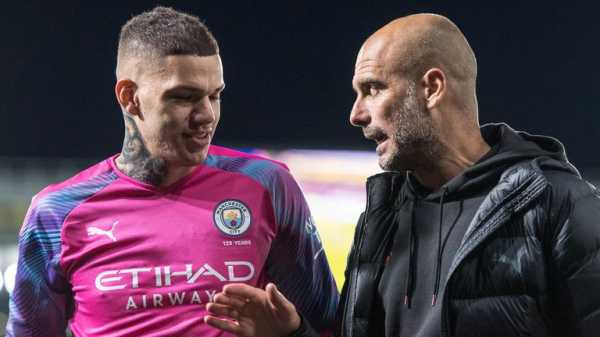 “Teams who win leagues, there is always a position the next summer, even when you’ve won the league, that you think you can improve. I can’t ever remember a team, going back to the mid-80s, who won the league with an average goalkeeper.

“I go back to Neville Southall, David Seaman at Arsenal, Peter Schmeichel coming in the early 90s and Petr Cech. That Chelsea side had a lot of money spent on it but when Jose Mourinho came in, Cech came in and they just won leagues.

“It was the same with Liverpool and Manchester City. It will never change.

“If they bring Mendy in, is he at the level of the goalkeepers we are talking about? It’s not just about being better than Kepa, that’s not enough. It’s got to be at the level of Ederson and Alisson, that’s where Chelsea are.”