The Duhallow outfit looked in serious trouble after Michael Brennan’s 52nd minute goal nudged the men from Kilkenny into a 1-15 to 1-14 lead. A Kevin Kelly free subsequently doubled their advantage.

Donagh Duane’s charges, though, didn’t drop the head and a Lorcán McLoughlin free one minute into injury-time had the teams level at 1-16 apiece. The Cork midfielder followed this with a terrific point to edge them into pole position.

Ballyragget’s Kevin Kelly sent over his seventh free to suggest extra-time. Not to be. Ian Walsh stepped forward to hand them the spoils. 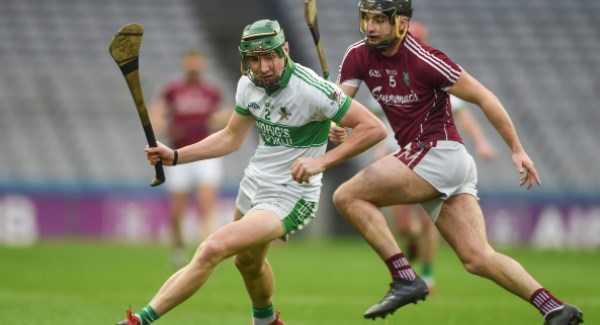 His early second-half point had shoved the Cork and Munster five in front, but four on the bounce from Kevin Kelly, the excellent Seoirse Kenny and Joe Brennan brought the deficit back to the minimum. They’d overtake their opponents thereafter with Michael Brennan’s aforementioned goal.

The finish was cruel on them. Such is sport.

Kanturk made the early running and were 0-6 to 0-2 to the good 19 minutes in, Lorcán McLoughlin (two frees), goalkeeper Anthony Nash (free), a pair from Aidan Walsh and his cousin Ryan on the mark. They could have had a goal shortly after, Bill Staunton superbly dispossessing Lorcán McLoughlin just as the Cork player went to pull the trigger.

The Kilkenny and Leinster champions clawed back the deficit and were level after three-in-a-row from Kevin Kelly (0-2) and Seoirse Kenny.

Kanturk’s response to this period of Ballyragget dominance was to produce the opening goal of this intermediate final, Ryan Walsh cutting in from the Hogan Stand side before finishing low to Michael Gannon’s net. The interval scoreline read 1-9 to 0-8 in their favour. Their noses still in front three-quarters of an hour later.