Seamus Prendergast delivered a Man of the Match display, after Ardmore dug deep in extra-time, following a game where they looked good for large periods at taking silverware.

In ideal conditions, both sides produced a competitive and enjoyable game of hurling,

The sides were tied on three occasions in the opening half, with Ardmore drawing first blood on the scoreboard, thanks to a Seamus Prendergast pointed free in the third minute. 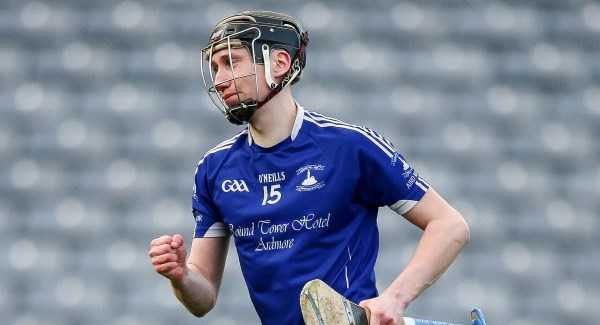 The full-forward went on to finish the half with 1-3, and the match with ?, as the 38-year old former Waterford star was a huge thorn in St Mogues side throughout.

Ardmore also put in a strong defensive display, and it wasn’t until the eight minute before Fethard opened their tally – the Wexford and Leinster champions on target through their free-taker Mark Wallace.

Wallace doubled his sides lead, with a point from play a minute later, and when Michael Dwyer added to their tally, they held a 0-3 to 0-1 lead on ten minutes.

The lone goal of the opening half arrived in the 12th minute after Seamus Keating fired in a sideline cut, with Fethard keeper Sean Foley failing to control, and Seamus Prendergast was handed plenty of time to fire to the net from close range.

Wallace and Prendergast traded points, before a fourth Wallace score levelled the tie at 1-2 to 0-5 after 18 minutes.

Ardmore began to up their game but were wasteful in front of the posts before finishing the half well with scores from Keating and Prendergast.

However, Wallace popped over his fifth point of the game in injury-time, to ensure a 1-4 to 0-6 interval score-line.

Fethard began the second half brightly with Wallace again on target to level matters.

However, his sides joy was short-lived, with Prendergast putting Ardmore back ahead before the waterford side pounced for their second goal.

Gartland again had the ball in the Fethard net in the 46th minute, but he was penalised by referee Shane Hynes for being in the square.

Ardmore kept up the pressure, but Fethard cut the gap to the minimum in the 48th minute, with a well taken score from their captain Garrett Foley.

Ardmore moved two points clear, but the sides were twice level in the closing five minutes of normal time.

Wallace continued to star and looked like having snatched the match winner with an excellent strike in the 61st minute.

However, David Gartland had time to force extra time with a well taken score.

Ardmore started brightly in extra-time, with Prendergast and Gartland adding scores to lead 2-11 to 0-15 at the break.

John Gartland pounced for his second goal on the restart, in response to a Fethard point and from then until the finish the Waterford side held out to take silverware.