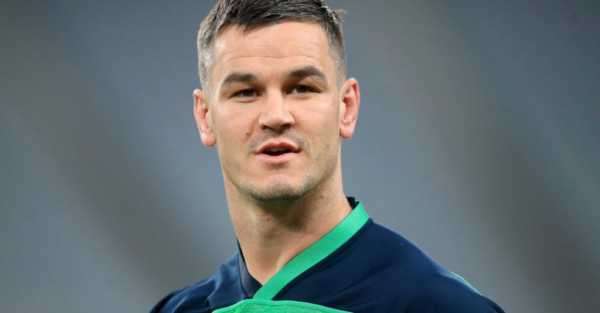 Captain Johnny Sexton will win his 100th Ireland cap during Saturday’s clash with Japan in Dublin.

The 36-year-old fly-half returns to Andy Farrell’s starting XV for the first time since March’s 32-18 Guinness Six Nations win over England having been rested for summer Tests against the Brave Blossoms and the United States.

Sexton, who made his international debut against Fiji in 2009 at the age of 24, will be partnered in the half-back positions by Leinster team-mate Jamison Gibson-Park.

Regular scrum-half Conor Murray has to settle for a place on the bench having played just 22 minutes for Munster since returning from British and Irish Lions duty.

Head coach Farrell has named a strong line-up for the first of three autumn fixtures at the Aviva Stadium, with Lions quartet Tadhg Furlong, Tadhg Beirne, Jack Conan and Bundee Aki among those to return.

Prop Furlong wins his 50th Ireland cap at tighthead, joining hooker Ronan Kelleher and Andrew Porter in the front row, ahead of Beirne and vice-captain James Ryan in the lock positions.

Munster second-row Beirne is the only non-Leinster player among the forward pack, with Conan selected between Caelan Doris and Josh Van Der Flier in the back row.

Among the backs, there are recalls for wingers James Lowe and Andrew Conway, Hugo Keenan starts at full-back for the 14th consecutive international, while Aki partners Garry Ringrose in midfield in the absence of the injured Robbie Henshaw.

Ireland defeated Japan 39-31 in Dublin in early July following a shock pool-stage loss to their opponents at the 2019 World Cup.