Key moment: France replacement fly-half Anthony Belleau misses a 77th-minute penalty to seal victory in Paris and Ireland run the ball from deep, sniffing a final throw of the dice at 13-12 down.

Remarkably, they retain possession through 41 phases and into the 83rd minute, Johnny Sexton, who had missed a 63rd-minute penalty that was looking like a costly error, steps back into the pocket and launches a long-range drop kick towards the posts from behind the French 10-metre line.

The ball seems to take an age to reach the posts, but it flies between the uprights and Ireland have secured a famous victory. 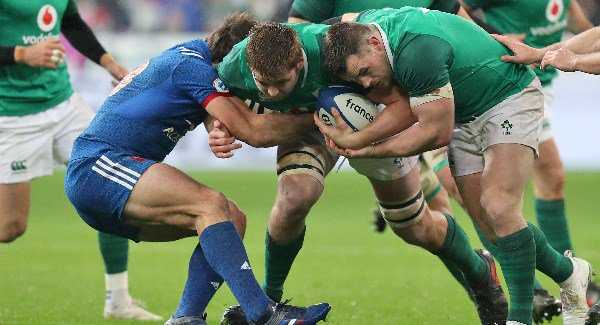 Talking point: Ireland’s 2018 Six Nations campaign is up and running with this opening-day victory. It was close, and defeat would have been disastrous for Irish hopes of regaining the title from England but a win, however, narrow, now gives them crucial momentum to take into next week’s home game against Italy.

Key man: Johnny Sexton has to take the plaudits after kicking all his side’s points with four penalties and then guiding his Ireland side from under their own posts through 41 phases to give hi the position to kick the match-winning drop goal. Priceless.

Ref watch: Nigel Owens presided over another dramatic victory having refereed an error-strewn rather than ill-disciplined game. He might have reached for a yellow card as France gave away a string of second-half penalties, Sebastien Vahaamahina the main culprit at the breakdown but it stayed 15 a side throughout.

Injuries: France lost their debutant fly-half Matthieu Jalibert after 30 minutes, the 19-year-old hobbling off with a knee injury after a collision in contact with Bundee Aki.

Ireland then lost flanker Josh van der Flier in the 36th minute to a knee injury as he got stuck at the bottom of a ruck but otherwise appeared to escape further injury. French replacement scrum-half Anthony Dupont was removed for a Head Injury Assessment with four minutes to go.

Next up: Ireland return to Carton House to prepare for next Saturday’s visit of Italy to the Aviva Stadium. Conor O’Shea’s first Test visit to his homeland will be fraught with difficulty as the Italians have just a six-day turnaround. The Azzurri open their 2018 Six Nations account by hosting defending champions England in Rome’s Stadio Olimpico.

Trailing 13-12 thanks to a Teddy Thomas try, Ireland kept their heads through 41 phases of play in order to open up a window for Sexton.

And the fly-half, who scored all of Ireland’s points on the night, duly obliged from just inside the France half to earn Ireland the win. 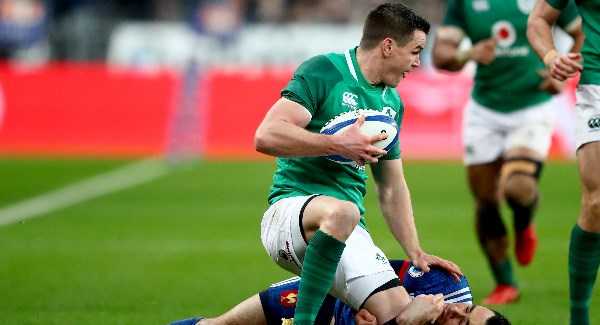 “It’s quite incredible really. We probably got out of jail a little bit,” the 31-year-old said.

“To build that amount of phases, to keep the ball – the conditions are awful – and then the stones on Johnny at the end was incredible.

“I thought it (the drop goal) was a little short. It went in slow motion and it just crept over.

“We knew it was the last play. He ran off celebrating and we all went along. It was unbelievably special.” 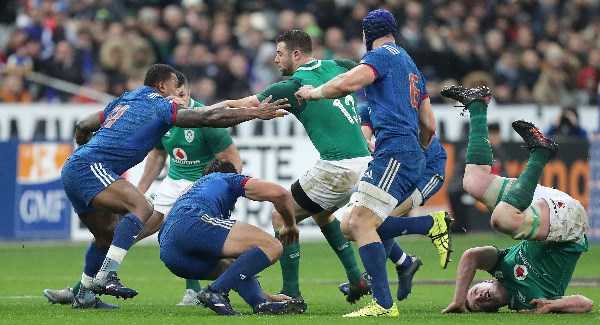 “We’ve worked so hard for the last two weeks and it’s great to be in the position we are now after an away win.”

When asked what he thought of before kicking the winning goal, the fly-half said: “I went back to many years ago when we played Treviso away and I was in an almost identical position and just flashed back to that. Just got there in the end.”