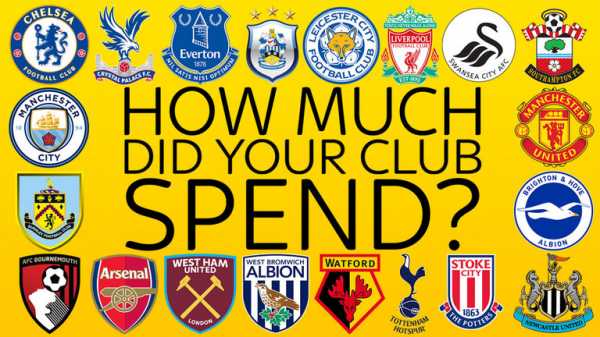 Premier League clubs spent a record £446.2m during the January transfer window – but how much did your team spend? 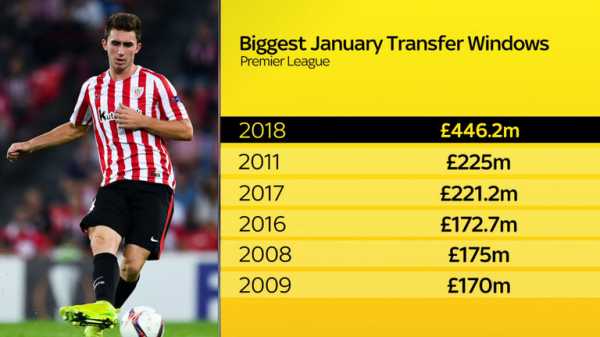 Liverpool, spent the most this January with an outlay of £75.2m, having signed Virgil van Dijk from Southampton for £75m and Tony Gallacher from Falkirk for £200,000.

Manchester City missed out on Alexis Sanchez and Riyad Mahrez, but landed 23-year-old Athletic Bilbao defender Aymeric Laporte in the closing stages of the window for a club-record £57m and snapped up Jack Harrison from MLS side New York City for £4m. 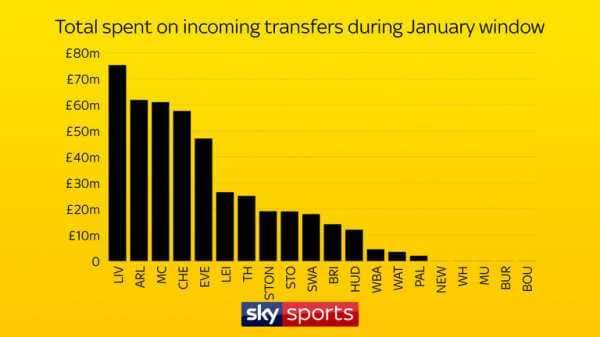 In contrast, Bournemouth, Burnley, Manchester United, Newcastle and West Ham did not spend a penny on permanent transfers during the window, although Manchester United swapped Henrikh Mkhitaryan for Arsenal’s Alexis Sanchez.

Van Dijk was the most expensive acquisition in the Premier League, followed by Aubameyang, Laporte, Cenk Tosun (£27m to Everton), Lucas Moura (£25m to Spurs), Emerson (£24.6m to Chelsea), Adrien Silva (£22m to Leicester) and Theo Walcott (£20m to Everton).

In addition to spending the most, Liverpool also received the most, collecting a window-high £146.2m from Barcelona for Philippe Coutinho and another £200,000 from the sale of Cameron Brannagan to Oxford United.

Southampton were the next biggest beneficiaries from sales, cashing in £75m for Van Dijk, followed by Chelsea’s £57m for striker Diego Costa, whose move to Atletico Madrid finally went through on January 1. 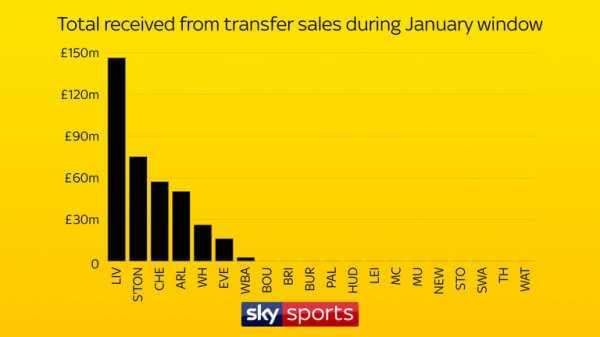 Only three clubs made a net profit from transfers during the window, with Liverpool making the most with £71m – after Coutinho’s sale mitigated the record signing of Van Dijk – followed by Southampton (£55.9m) and West Ham (£26m). 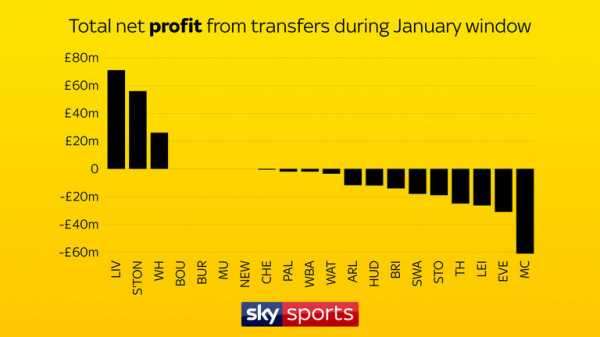 Southampton and Tottenham were frugal with incomings, only signing Guido Carrillo and Moura, respectively, while Bournemouth were the only club not to make at least one signing. 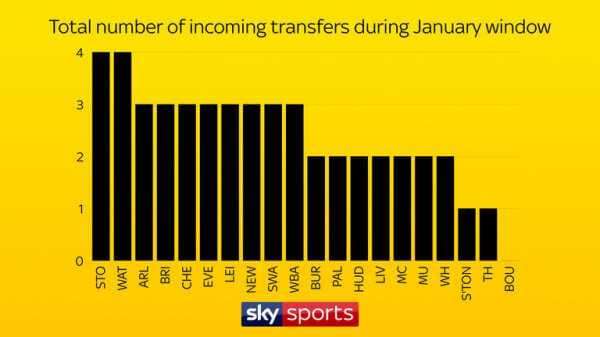 There were 151 outgoings, with Arsenal offloading a league-high 15 players, followed by Liverpool (12), Everton (11), Newcastle, Manchester City (both 10), Watford, Chelsea and West Brom (all nine).

Crystal Palace and Southampton only parted company, either permanently or temporarily on loan, with four players – with Stoke shedding a league-low three players from their roster. 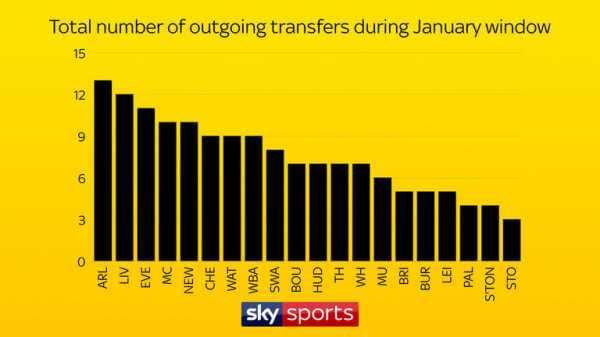