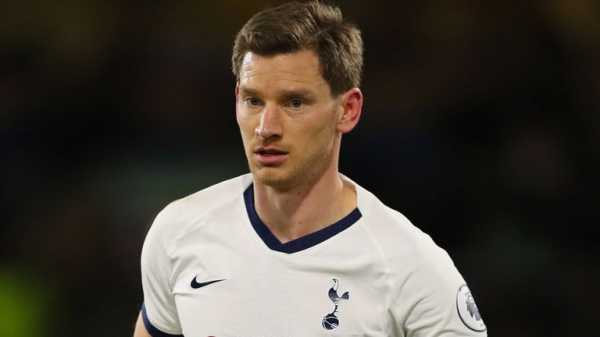 1:16 Alan Smith has sympathy for players faced with the dilemma of playing despite being out of contract at the end of this month, including Tottenham defender Jan Vertonghen

Had Arsene Wenger got his way in January 2018, it might have been Anthony Martial and not Henrikh Mkhitaryan arriving from Manchester United in exchange for Alexis Sanchez.

Wenger had known all about Martial when he was starting his career at Lyon and Monaco, but United would not include him as part of a deal for Sanchez.

The swap deal didn’t work out for Arsenal or United. Mkhitaryan is on loan at Roma, Sanchez is on loan at Inter Milan. Meanwhile Martial is still at United.

Name a top striker in world football and it’s highly likely they would have been linked with a move to Arsenal at some point in time.

It’s no surprise then that Edinson Cavani has been linked regularly with a move to the Emirates Stadium. 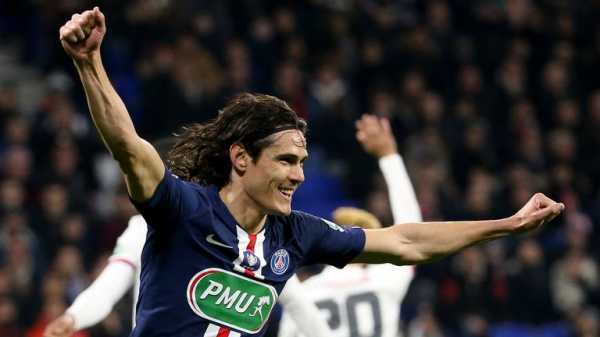 Cavani is available on a free transfer this summer and there was talk of a move to Arsenal last January. Cavani though wants to move to Spain to play for Diego Simeone at Atlectio Madrid.

Things didn’t work out for Angel Di Maria at Manchester United, but could they have worked out at Arsenal?

Arsene Wenger revealed he wanted to bring Di Maria to the Premier League when he was just a 17-year-old, but he did not qualify for a work permit.

Arsenal were linked again but he ended up staying in the Spanish capital for another season – helping Real Madrid to a 10th Champions League title – before moving to Manchester United for £60m. 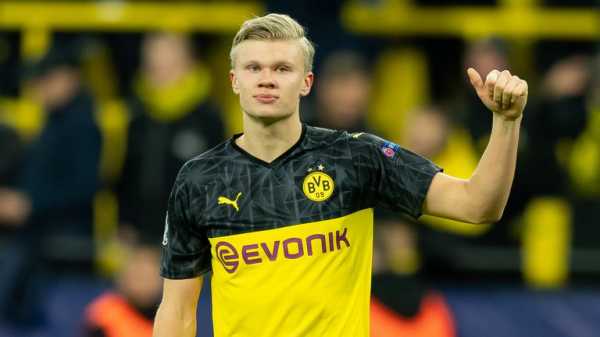 1:00 Speaking on The Football Show, Norwegian journalist and former Premier League forward Jan Aage Fjortoft says Erling Haaland will play in the Premier League at some point in his career

Napoli chairman Aurelio De Laurentiis is not afraid to speak his mind so when he discussed Arsenal’s 2016 pursuit of Gonzalo Higuain, he didn’t hold back.

“I think we received some requests from Arsenal. Personally, I also received a request from Atletico Madrid,” De Laurentiis said.

“But they didn’t put enough money on the table. We were not ready to sell him – for me Higuain was not for sale.”

Except he was, just not to Arsenal or Atletico. €90m was enough for Napoli to sell to Serie A rivals Juventus in that same window in 2016.

Arsenal had previous with Higuain too. They were also interested in signing him in 2013.

A disgruntled star, a rumoured transfer request and reported interest from Arsenal. Where have we heard that before?

In 2014 it appeared Pedro’s time at Barcelona was coming to an end and you’ll never guess what? He didn’t end up at Arsenal.

Chelsea signed him in the summer of 2015 for £21m and he has won the Premier League, FA Cup and Europa League at Stamford Bridge to add to his other 22 major trophies.

He is out of contract this summer.

David Ginola and his long lustrous locks used to star in a famous shampoo commercial on TV. His catchphrase was “Because I’m worth it”.

In 1995 Arsenal thought he was worth it, but so did Barcelona and Newcastle.

Ginola had just won the title with Paris Saint-Germain and was the French Player of the Year. He was available for £2.5m.

Johann Cruyff wanted him at Barcelona but he had to sell Hristo Stoichkov and Gheorghe Hagi first.

Ginola had his heart set on the Nou Camp but when it became apparent that they could not sell Stoichkov and Hagi, Kevin Keegan convinced him to sign for Newcastle.

Ginola was about to sign for Newcastle when he got a late-night call from Arsenal. They wanted him at Highbury.

“I had given my word to Newcastle,” Ginola said. “I went there.” 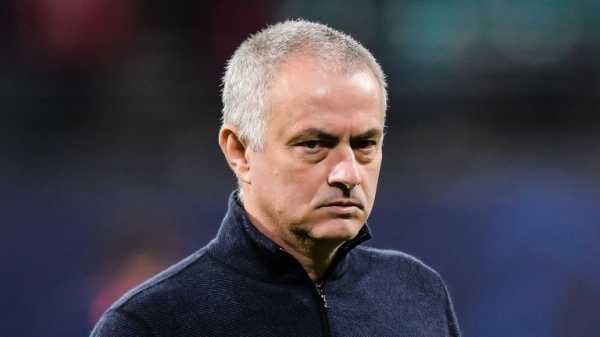 2:21 Jose Mourinho says the transfer market will be very different following the coronavirus pandemic, and insists Tottenham will be ‘sensible’ with their spending

Lots of fanfare greeted Arsenal’s move from Highbury to the Emirates Stadium in 2006. Behind the scenes, though, there was an acceptance the club had to be careful with money in the transfer market for many years to come.

Former transfer negotiator Dick Law says they missed out on a number of players during that time.

Chelsea knew he was good too and they signed him from Genk for £8m in 2011. They sold him to Real Madrid for £31m two years ago.

In 2016, Riyad Mahrez was among the hottest properties in the game after scoring 17 times in Leicester’s incredible title-winning season.

Arsenal wanted him and talks were held but Leicester refused to sell. The following summer, Mahrez released a statement saying he wanted a new challenge amid reports that Arsenal were interested again. 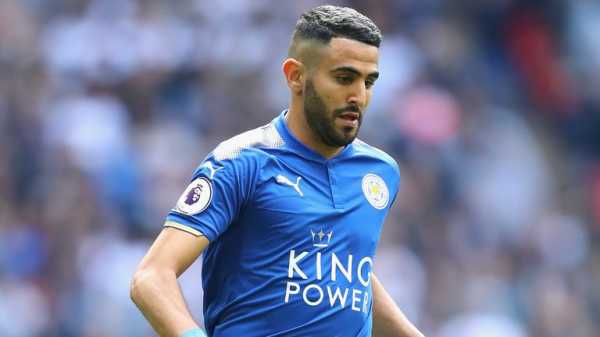 “Have we made a bid for him? No. Not yet,” Arsene Wenger said.

“Not yet means it could happen, it could not happen.”

It didn’t happen. Mahrez stayed for another season at Leicester before he was sold to Manchester City for £60m.

Two years ago, Liverpool paid Monaco £40m for Fabinho. Arsenal manager Unai Emery was a big fan of Fabinho and he had tried to sign him when he was in charge of Paris Saint-Germain.

Arsenal made a late bid for the Brazil international but it was too late. He had already agreed to move to Anfield. Fabinho won the Champions League with Liverpool last season and he is about to win the Premier League title.

When Cesc Fabregas left for Barcelona in the summer of 2011, Arsenal needed a replacement – and fast. Valencia’s Juan Mata was the target.

There was good news and bad news. Mata was keen to move but could Arsenal afford to buy him?

They decided they could not. The overall deal was too expensive and Chelsea signed him for £23m. 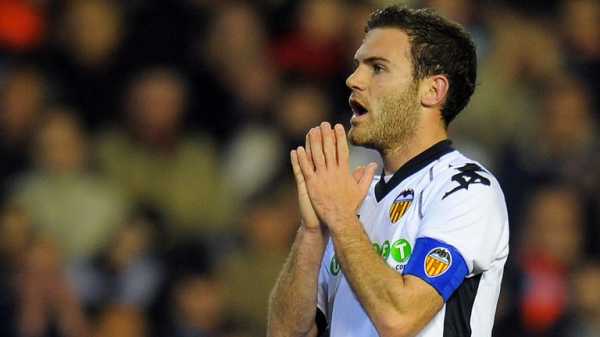 April 21, 2019. Crystal Palace went to the Emirates Stadium and came away with all three points.

Arsenal manager Unai Emery was understandably disappointed with the result and he couldn’t stop thinking about the man who had caused his side so many problems. 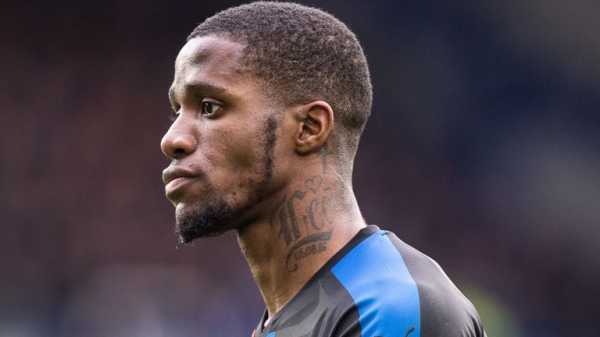 That was the day when Emery knew he had to sign Wilfried Zaha. When the window opened, the deal looked on. Arsenal bid £40m. Palace rejected it out of hand.

“I met Zaha and he wanted to come,” Emery said.

“The club decided Nicolas Pepe was one for the future. I said: ‘Yes, but we need to win now and this lad wins games. He beat us on his own.'”

Eight months after Zaha “beat Arsenal on his own”, Emery was out of a job.

Sami Khedira to Arsenal. It’s appeared to be on the cards not once but twice.

However, it does seem there was genuine interest. The first time was in 2014 when Khedira was at Real Madrid. He ended up seeing out his contract and joining Juventus a year later.

His name came up again last summer when he was spotted at a pre-season game at the Emirates Stadium. All Unai Emery would say was “he is a very good player”.

Khedira has since signed a contract extending his stay in Turin until 2021. 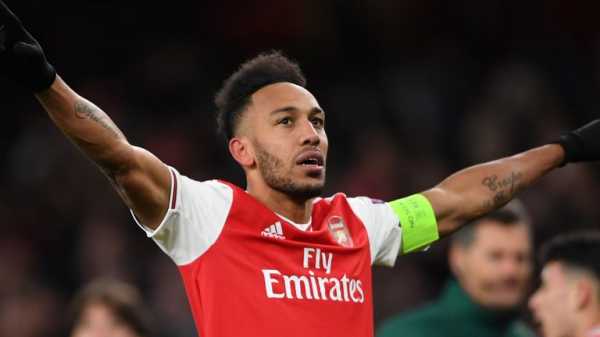 1:14 Speaking on The Football Show, Jamie Carragher thinks Arsenal need to keep hold of Pierre-Emerick Aubameyang, even if it means they risk losing him for free next summer

It was the summer of 2016. Leicester were basking in the glory of the most unexpected Premier League title triumph. Their players were hot property – none more so than Jamie Vardy.

From non-League to Premier League – Vardy’s is some story, as is the story about a potential move to Arsenal. Just how close it was to happening depends on who you believe.

Vardy says he never spoke to Arsene Wenger after Arsenal had triggered his release clause. Vardy had “unfinished business” at Leicester and it was an “easy decision” to stay.

Arsenal’s transfer negotiator at the time – Dick Law – had a different take.

“He came down to visit with his wife Rebekah, he sat on the couch in front of Arsene, and then he backed off.

“On his way back to Leicester, I get a call from the player saying he wants to think about it overnight. At that point, you know it’s bad news”. 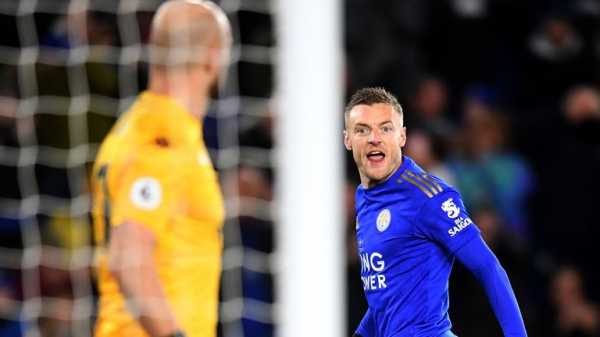 Vardy signed a new contract with Leicester soon after.

When Cesc Fabregas joined from Barcelona as a 16-year-old, Arsenal were also after Lionel Messi and Gerard Pique.

While Messi seemed impossible, Pique might have happened had it not been for sponsorship issues.

“It didn’t work out because of the agents,” said Wenger.

“I think it was linked with Nike at the time and they wanted Pique to go to Manchester United”.

Pique did indeed go to Manchester United, before returning to Barcelona where he was won 17 major trophies and the 2010 World Cup and the 2012 European Championship with Spain.