The Ireland Women’s team to face the Italians has been named this afternoon.

Head coach Adam Griggs has made two changes to the team suffered a disappointing 24-0 loss to France.

Katie Fitzhenry returns to the centre after missing the France clash due to being on 7s duty in Sydney, and she will partner Sene Naoupu at 12.

Paula Fitzpatrick is the other change, joining Nichola Fryday in the second row.

Kim Flood remains at full-back with Megan Williams and Alison Miller on the wings. Ailsa Hughes will partner Niamh Briggs in the half-backs. 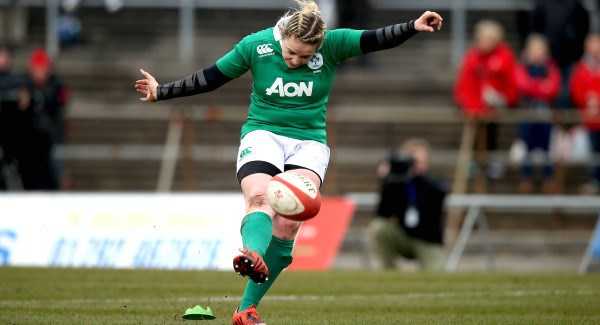 Hooker Cliodhna Moloney packs down in the front row Lindsay Peat and Fiona Reidy while flankers Anna Caplice and Claire Molloy will again join captain Ciara Griffin, in the back-row.

Two uncapped players, Edel McMahon and Michelle Claffey, are named on the bench.

“It was a very tough encounter in France last weekend,” said Griggs who had his first competitive match at the helm last weekend.

“It’s always hard to go to their and get a result and while we were disappointed in some aspects of our execution, there was plenty to learn from and build on for this week.

“There were a number of new combinations and while that will take time to bed in we are focused on improving our performance for the first of three home games in Donnybrook.”

Ireland Women take on Italy Women on Sunday in Dublin with Kick-off at 1pm.

* Uncapped at this level