Ireland centre Robbie Henshaw has been ruled out of the rest of the NatWest 6 Nations with a shoulder injury, the Irish Rugby Football Union has announced.

The Leinster centre dislocated his shoulder during Saturday’s win over Italy.

The centre’s absence will prove a blow to Ireland, who are bidding for a third title in five years.

The 24-year-old underwent a “procedure” on his right shoulder today, the IRFU confirmed. 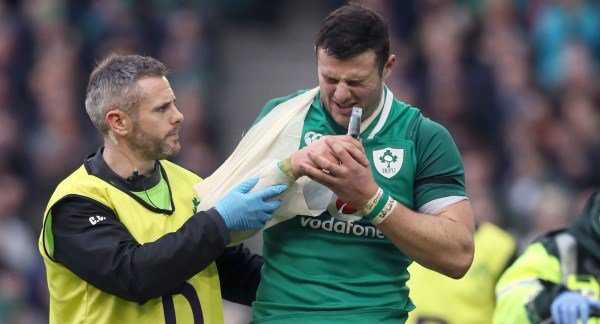 Gary Ringrose could be rushed back from injury to partner Bundee Aki in the centre, while Chris Farrell replaced Henshaw in the November Tests.

The IRFU said that a scan on Tadhg Furlong revealed a minor hamstring injury, and he is expected to be fit for the Wales game.

Jack Conan, who took a bang on his shoulder on Saturday, is also expected to be available for the Welsh clash.