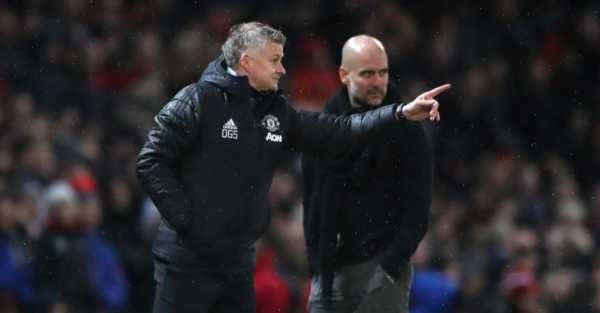 Manchester United manager Ole Gunnar Solskjaer faces a crunch derby against Manchester City this weekend. After United’s humbling by Liverpool a fortnight ago, the Norwegian can ill afford another heavy defeat.

He can, however, take encouragement from his winning record in derby matches against rivals City. Opposite number Pep Guardiola, whose position at the Etihad Stadium is impregnable, has had only mixed success against the neighbours. Here, the PA news agency compares the derby records of the two managers.

In managerial terms, Solskjaer’s record and reputation are dwarfed by those of Guardiola but that is not reflected in their head-to-head statistics. Solskjaer, although defeated in his first derby in April 2019, appears to have given as good as he has got and has even edged their most recent meetings.

United have not lost any of the past four derby encounters in the Premier League over the last two seasons and have won three of them, conceding only one goal in the process. The record is damaged only by League Cup results, with City winning two of their three meetings in that time.

The Catalan has claimed eight major trophies, including three Premier League titles, in his time at the Etihad Stadium but cannot claim to have conquered United.

He won his first three Premier League matches at Old Trafford as City boss – the first two against old foe Jose Mourinho – but triumphed only once at home in that time, while there was also a League Cup loss. Overall he eclipsed Mourinho with three wins to two from six games in all competitions but Solskjaer’s reign has rebalanced the record.