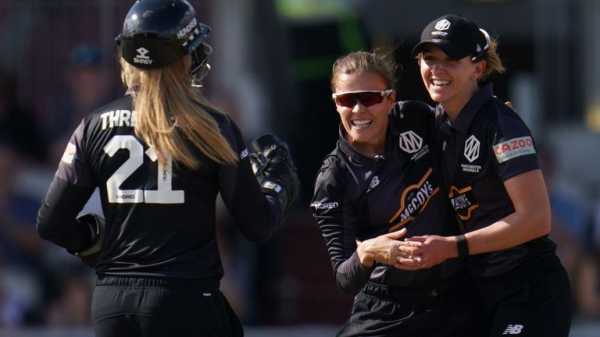 KEY: “Girls start seeing playing cricket as end goal and that it’s not that far away. Now they know it’s not just international cricket with England or nothing. You don’t have to be one of the best 11 players in the country, although you can then aspire to that. We are starting to see more players coming through and younger than in the men’s game. We have seen 16 and 17-year-olds performing well in this tournament.”

BUTCH: “Ebony and Isa Guha have always said visibility is an enormous driver when it comes to improving standards and getting people involved in the game. You don’t get anything more visible than this in women’s cricket or, I’d venture as far to say, in women’s sport.

“That visibility means the players feel that they are more aspirational for the kids to look at. The kids then say ‘wow, you can make money doing that. It looks like amazing fun and I want to do it.’ Fifty per cent of the population were excluded before this point. Now they are saying, ‘come on in, we want you as well.’ The sport can only benefit.” 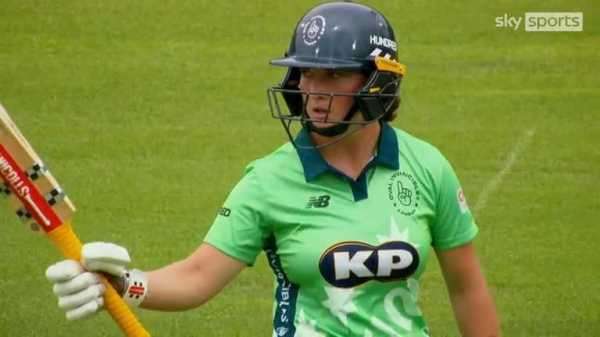 BUTCH: “Double headers have been the absolute game-changer for me. I think it would have been a huge mistake to play men’s and women’s games on separate days and I don’t think we can countenance that in the future. Women’s and men’s games going on together is here to stay.

“Fans may have come in to see the men’s game but caught the backend of a brilliant women’s game and thought, ‘you know what, we’ll turn up earlier next time.’ That has happened as the competition has gone on. Crowds have grown and been up to seven, eight, 9,000 people before the men’s game, which would not have happened without double headers.”

EBONY: “Previously with double headers, there have been huge gaps between games – two hours while they change a lot of things. That has meant it is not attractive, not been a great day out. But they have shortened the gap here and having the same men’s and women’s team builds an affinity with the crowd. The flow has been great.”

CHARLOTTE EDWARDS: “A big thing is looking around and seeing young girls thinking cricket is really cool now. This competition has done that instantly, when I probably didn’t think it was going to be quite as instant. I have had the best seat in the house to watch the cricket, see the fans and experience the players’ reactions. They have loved this experience of playing in front of big crowds and the fans we have created.”

But what more still needs to be done? 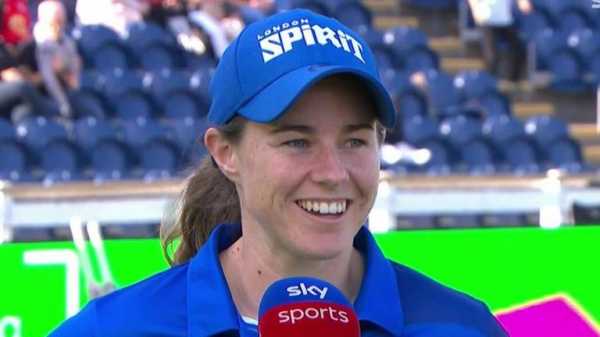 EBONY: “The reason men were getting paid more than women was down to the men driving the income but I would now argue that this product is based partly on the women. The family day out is a really nice offering – taking your son and daughter or nieces and nephews to see both games. The women have created a case that part of that income has got to drive into investing more into the women’s game, which is going to another level.

“I was speaking to Aylish Cranstone, who plays for London Spirit but didn’t get a game. She looked much more athletic and she said that as she has a regional contract she is able to dedicate more time to fitness. Once you get more players being able to have that time, the player pool will develop.”

BEAUMONT: “We just need more investment, more players on contracts. You’ve got to remember that a lot of these girls are going back to work next week! If we can get as many girls on full-time contracts as possible, then the standard is just going to keep rising. You have seen the talent.”

BUTCH: “The low end of the women’s game has salaries at around £3,000. My first salary as a professional cricketer was £3,000 and that was back in 1990. That is unsustainable and cannot be allowed to stand.”

Watch the women’s Eliminator in The Hundred, between Oval Invincibles and Birmingham Phoenix at The Kia Oval, live on Sky Sports The Hundred and our YouTube channel from 2.30pm on Friday.

The winners will face Southern Brave in the final at Lord’s, live on Sky Sports The Hundred and YouTube from 2.30pm on Saturday.