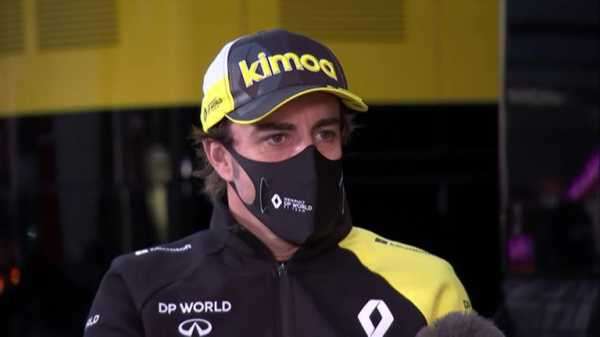 1:02 Fernando Alonso thinks George Russell has been the standout driver from all of the young talent in F1

While Russell has yet to score a point in F1, that is because of the car at his disposal rather than his talent. His only real chances this year came at Mugello – when he battled fiercely with Sebastian Vettel and finished 11th – and at Imola – when he was running in the points before crashing under the Safety Car. That being the only notable error Russell has made in F1.

But Russell is still widely recognised as one of, if not the, star of F1’s future, with both Hamilton and Fernando Alonso both voicing that particular opinion. In absence of race-day results, perhaps that is because of the performances Russell has managed to produce on Saturdays.

Quite incredibly, Russell has never been out-qualified by a team-mate in F1, from 36 attempts. He has also made it into Q2 in the Williams nine times this year, eight more than Nicholas Latifi.

“George has done an excellent job in qualifying, he has absolutely excelled,” said Sky F1’s Paul Di Resta. “What we haven’t seen is how he manages with leadership, and the pressure at Mercedes. But he’s definitely in the best car.

“I think he’ll be very professional. He’s at a good age, he’s got a number of people supporting him, especially right at the top. He’s in a great position to make an impression.”

What will be expected of Russell at Sakhir GP?

Mercedes have claimed all but one pole position in F1 2020 – the exception being a wet Turkish GP – and won all but two races – with Max Verstappen’s and Pierre Gasly’s victories more down to circumstances than outright speed.

But, as Di Resta noted about Russell, who has never driven the W11 and last tested for Mercedes a year ago: “The expectation going into a seven-time world champion’s car… it’s a very decent ask.

“He’s not having a test first, what he’s doing is going straight into where Lewis has left off.”

But that doesn’t mean the pressure will be off, far from it. Particularly as he’s now been driving, and impressing, in F1 for two years, and is very highly-rated. 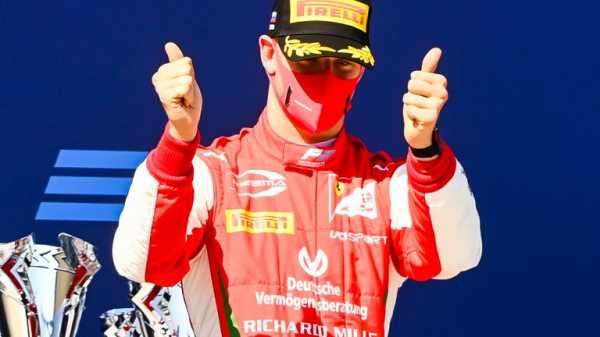 2:25 Sky F1’s Ted Kravitz says Mick Schumacher is ‘echoing’ his father’s journey by beginning his Formula 1 career with one of the sport’s smaller teams as he joins Haas

“There’s a clear difference between Pietro Fittipaldi jumping in for Romain Grosjean, or Jack Aitken at Williams, this weekend,” said Davidson. “There’s low expectations on those guys, while George – despite being in a bad car at the back of the grid – he comes with the expectation of having to deliver because he has delivered in a Williams before.

“Now he’ll be expected to deliver in a Mercedes.”

So, what would represent a good result for Russell this weekend?

“It’s going to be very difficult for George but he’s an expert on a Saturday, so I would reckon top four in qualifying would be a very good result for him – he should be near enough the Red Bulls,” said Kravitz. “Again, in the race, top four would be very good, although a podium would perhaps be expected in the car he’s driving.”

Di Resta added: “Honestly, when you look at it and you see what Hulkenberg did when he stood in this year, you’d expect him to line up on the front row. He could very easily qualify in P1.”

Is the pressure on Russell, or Bottas?

Russell has been chomping at the bit for a Mercedes drive ever since joining the F1 grid with Williams, but has been overlooked for a race seat in favour of Valtteri Bottas, who will start his fifth season with the team next year.

The pair will be temporary team-mates this weekend.

While Bottas hasn’t been a match for Hamilton this year, with just two victories to the champion’s 11, he will be expected to, quite comfortably, beat Russell at the Sakhir GP given his experience, and speed, in the car.

Di Resta, suggesting that this weekend could be crucial in both drivers’ long-term Mercedes’ futures, continued: “This is where Valtteri’s got to make a stamp, because this is the fight.