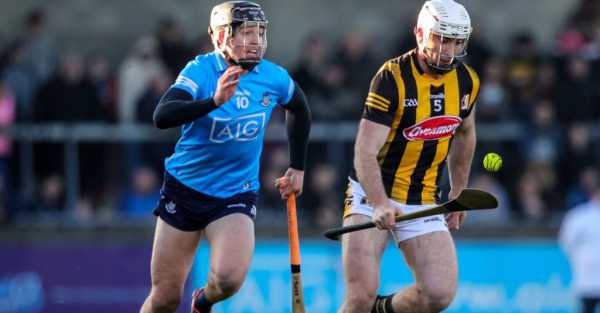 Kilkenny have inflicted a first defeat of the season on Dublin’s hurlers.

Martin Keoghan and Walter Walsh raised green flags as the Cats’ eased to a 2-23 to 0-16 win in Division One B of the Allianz Hurling League at Parnell Park.

It was a slow game for Dublin, who only managed to score five points in the first half of the game.

Kilkenny were up six points at half-time, when Dublin attempted to close the gap with points from Donal Burke and Rian McBride.

However, a Walter Walsh goal after 43 minutes undone all the homesides work.

Kilkenny pushed on from there with unanswered points from Padraig Walsh and Walter Walsh.

The Cat’s didn’t stop there, leaving no space for Dublin to attempt a comeback.

In the latest Saturday fixture, Cork continued their unbeaten run with a 1-26 to 0-23 win over Galway in Division One A of the Allianz Hurling League.

Within the first eight minutes Cork took a three point lead with scores from Robbie O’Flynn, Shane Barrett, and Patrick Horgan. Horgan played a stormer scoring a total of 1-13 by the end of the game.

Ronan Glennon claimed the first score for Galway as they attempted to close the gap. More scores from Conor Cooney, Jack Hastings and Tom Monaghan put the Tribesmen within a point of the home side after 24 minutes.

However, the small gap was short-lived with Horgan finding the back of the net before the break. Cork steamed on from there creating a wider margin in the second half to finish the game on top by six points.

The victory guarantees Cork a spot in the semi-final while they have one more group game to play against Wexford which will decide who will finish first and second in the group.

Speaking of Wexford, they secured their place as the new leaders in Division One of the Allianz National Hurling League.

Wexford finished strongly to beat Offaly by 1-22 to 2-12 to make it four wins from four under new manager Darragh Egan.

Luke O’Connor found the net for the Faithful before Rory O’Connor raised the green flag for Wexford to edge them in front just before the break.

Rory O’Connor was in flying form scoring 1-11 for his side.

On the football front, Dublin edged out All-Ireland champions Meath in their Division One B clash in the Lidl Ladies Football League.

Hannah Tyrrell scored a late winning point as Dublin beat Meath by 1-9 to 1-8 in Navan.

Tyrrell was key for her sides win, having found the back of the net in the second half to put her side ahead by three.

Both teams traded scores throughout the encounter, with Emma White scoring a goal and a point for Meath in response to Tyrrell’s green flag.

However, Meath could not do enough to stop Dublin, with Tyrrell’s late point the deciding factor.

The Jackies’ full-back Leah Caffrey scooped player of the match award for her superb efforts to keep the Meath attack at bay.