Manchester United are believed to be interested in West Ham’s Marko Arnautovic after Jose Mourinho travelled to Austria to watch the £40million forward, the Daily Mail says. 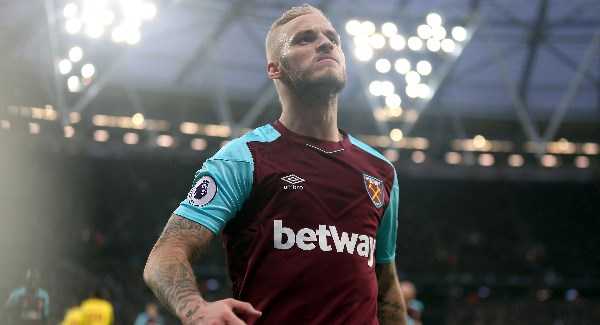 The United boss is said to want to strengthen his attacking options, but it would appear the Hammers’ star man, who scored 11 times for them last season, is not being put up for sale in the hope he will remain at the London Stadium.

Fulham appear keen to hold on to on-loan striker Aleksandar Mitrovic, according to the Evening Standard, but the Cottagers may have to be willing to part with almost £20million to make the deal permanent. The paper reports that Fulham had hoped to pay £15million for the 23-year-old Newcastle star but after a solid spell at Craven Cottage and the chance to impress at this year’s World Cup, Newcastle could demand more come the transfer window.

Upon the reports Robert Lewandowski is ready to leave Bayern Munich, Chelsea are said to be front of the queue to sign the striker, the Mirror reports. Uncertainty continues to surround Chelsea’s managerial spot, but reports suggest the Poland international could become the first target for any new boss at Stamford Bridge, though competition could loom from Real Madrid and Paris St Germain, who are also said to be keeping an eye on the 29-year-old.

After a tough time missing out on Russia 2018 and struggling to find a permanent place at Manchester City or at loaned clubs Torino or West Ham, Joe Hart could be set to boost his career at Sporting Lisbon, according to the Mirror. The Portuguese giants are on the lookout for a new goalkeeper following the departure of Rui Patricio for Napoli, with Hart said to be the top pick.

Patrick Van Aanholt: Despite the departure of Sam Allardyce, the 27-year-old is thought to still be a top target for Everton this summer. According to the Mail, the Toffees are still interested in the left back, who joined Crystal Palace under Allardyce’s command, as they look to find a replacement for 33-year-old Leighton Baines.

Yacine Adli: The 17-year-old looks to be heading for Arsenal after declining a move to Paris St Germain, the Mirror says. The Gunners’ deal is reported to be for three years with the option of another two for the highly rated starlet, who has 33 caps for France’s under-16, under-17 and under-18 teams and a goal tally of 33.