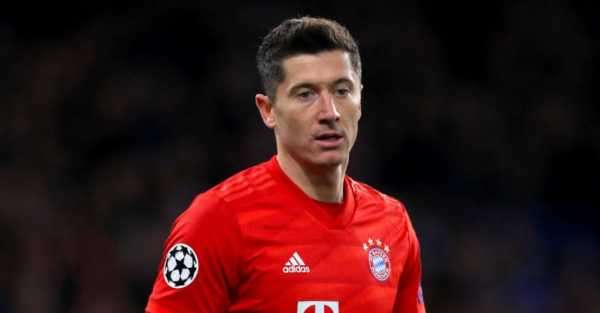 A new suitor has emerged for Robert Lewandowski, with The Guardian reporting Chelsea may enter the race for the Bayern Munich striker. The 33-year-old, whose contract with Bayern expires in 2023, could be on the move this summer, with Barcelona the current frontrunner for his signature.

However, the paper says Chelsea manager Thomas Tuchel is a huge admirer of Lewandowski and the club are closely monitoring his situation.

Manchester City have given Ilkay Gundogan the go-ahead to seek his fortunes elsewhere in the summer, according to the Daily Mail. The 31-year-old Germany midfielder has just one year left on his deal, but is believed to be seeking assurances of regular game time, which City have thus far been unable to commit to.

Newcastle are looking to tempt Jose Mourinho away from Roma despite the recent success of current manager Eddie Howe, according to reports. The Daily Express, citing Spanish outlet Marca, says Magpies bosses are of the belief that a veteran manager such as Mourinho has a better chance of bringing immediate success to St James’ Park.

England and Manchester City Women defender Lucy Bronze is eyeing a move to the US once her contract runs out in the summer, according to The Telegraph.

Ousmane Dembele: Bayern Munich are interested in the Barcelona forward, according to Sky Sports.