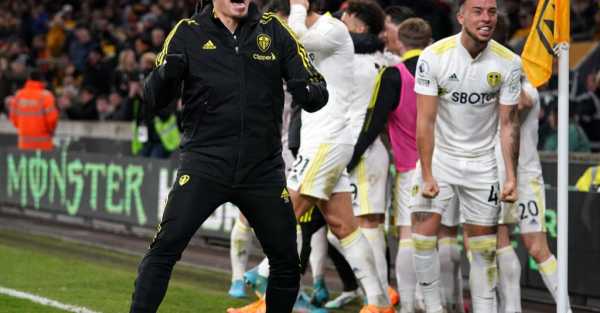 Aston Villa will make another attempt to sign Leeds midfielder Kalvin Phillips this summer, The Daily Telegraph reports. Three years after Leeds knocked back their bid for the 26-year-old, Steven Gerrard’s side are rumoured to be prepared to pay a record £60million for the England international.

A host of clubs are said to be vying for 15-year-old goalkeeper Jack Thompson. According to the Sun, Derby are hoping to bag a “sizeable fee” for the youngster amid interest from Manchester City, Tottenham and Chelsea.

Another teen star that is the subject of speculation is Birmingham’s Under-18 midfielder George Hall. The Daily Mail reports that the 17-year-old has been targeted by both Premier League and European clubs.

Erling Haaland: The Spanish outlet Sport writes that Borussia Dortmund’s 21-year-old Norway striker will decide by the end of April if he will join Real Madrid, Barcelona or Manchester City this summer.

Lautaro Martinez: Italian outlet Calciomercato reports that Arsenal and Tottenham are both interested in the 24-year-old but Inter Milan will only sell the Argentina striker if they receive a bid of more than 80m euros (£67.3m).