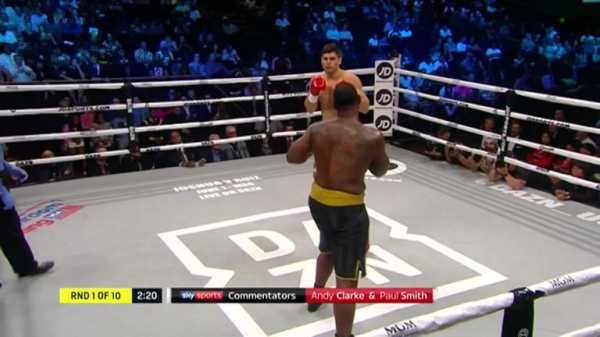 It was the brains, not just the punch power, of Filip Hrgovic that left former opponent Tom Little awestruck.

“Hrgovic will be the next dominating force when Tyson Fury hangs up his gloves. He is that good,” Little told Sky Sports.

“He will be another such heavyweight as Wladimir Klitschko.” 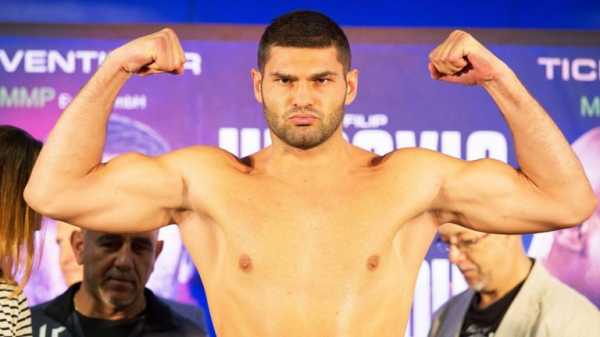 Little has tasted the punches of Hrgovic and Dubois – what separates them, he believes, is the boxing IQ of the Croatian.

“Hrgovic is the standout prospect and the one that can have longevity and success,” Little said.

“Hrgovic is so, so clever.

“Magomedrasul Majidov was a brilliant fighter but I never felt that he out-smarted me. He was just stronger than me. Dubois didn’t out-smart me, he was stronger than me. My fight with David Price should never have been stopped, there is still a big question mark over that fight.

“But Hrgovic? He out-smarted me and out-punched me.”

Little travelled to Riga, Latvia, in January 2018 to meet Hrgovic on the undercard to Oleksandr Usyk’s win over Mairis Briedis in the World Boxing Super Series.

It was Hrgovic’s third fight, in just a three-month span as a professional, having won bronze at the 2016 Olympics.

Little, with 14 fights under his belt, was used as a measuring stick. To his eternal credit Little withstood Hrgovic’s looping right hand for four rounds, never going down, and threw back meaningful punches of his own. But in the fourth, he badly wilted when Hrgovic’s latest shot found its target, and the referee stepped in.

“You won’t find another heavyweight as explosive, who hits as hard as him, apart from Deontay Wilder,” Little said.

“I remember Hrgovic hitting my arms and I felt sick. You will see me talking to him during our fight. But I was actually talking to myself, trying to gee myself up to march forwards! I was willing myself on.”

Shortly after going four rounds with Hrgovic, Little took the unbeaten Dubois into the fifth round.

“A couple of times, I’ve been out of my depth. But you have to dare to be great sometimes,” he said.

“Listen to me – out of all the losses I’ve suffered, Hrgovic fought the best version of me. A better version of me than Dubois or Price fought.

“I was coming off a camp with (Tyson Fury’s former trainer) Ben Davison and (veteran trainer who was previously in Derek Chisora’s corner) Don Charles.

“I weighed in light, I was very fit, I was sparring quality heavyweights, I had won three in a row. I went out there with a really positive attitude.”

Hrgovic spent time, as so many heavyweights have done, in camp when Klitschko ruled the division. Klitschko told RTL last year: “Filip is extremely talented.

“He showed in the past, through his Olympic record and his professional record. I have been sparring with him and he was really, really tough, even in my best days back then.

“I think he is going to become a champion, absolutely. Does he have a chance? Absolutely, yes.”

Are there weaknesses to Hrgovic’s game? He was beaten as an amateur by Yoka and Britain’s Joe Joyce.

“What right do I have to tell him anything? But his feet did slow down,” Little said. “If they rectify his footwork there won’t be any stopping Hrgovic for many, many years.

“Joyce beat Hrgovic but Joe was a man and Hrgovic was a boy back then.”

Then again, when Hrgovic was a boy, he cut David Haye in sparring to cause the cancellation of a big fight with Fury. Even as a boy, he was making an impact.

“He was sparring the likes of David Haye at a very early age,” his promoter Nisse Sauerland, who works with Eddie Hearn, told Sky Sports.

“As far as ambitions go, it’s backed up by that pedigree. He believes he can beat Anthony Joshua – and so do we.” 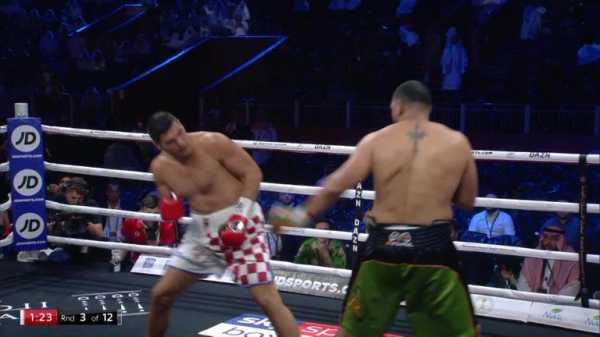 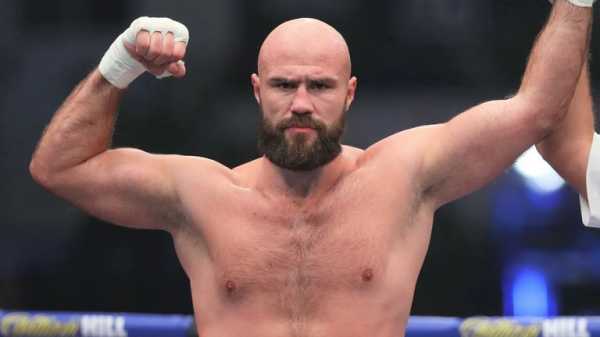 Hrgovic, aged 28, owns the WBC international title and is ranked No 8 by the governing body, whose champion is Fury. In his most recent fight, Hrgovic thrashed Eric Molina in three rounds (as quickly as Joshua managed).

He returns for his 11th fight on Saturday night in Denmark against Alexandre Kartozia.

“I highly, highly rate Hrgovic,” Little added. “There is nobody who has stood in front of him who won’t rate him.

“And if someone says they don’t rate him? Maybe he knocked every last bit of sense out of them!”