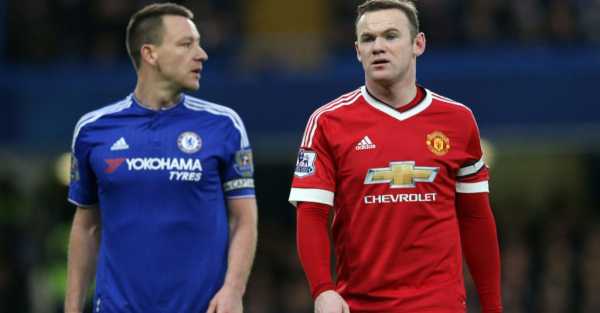 Wayne Rooney has been warned by the Football Association over comments he made about injuring John Terry.

Rooney spoke about wearing different studs during a 2006 match between his old club Manchester United and Chelsea, captained by his former England team-mate Terry, in recent interviews to promote a new Amazon documentary.

He said he changed out of his usual studs for that game “because I wanted to try and hurt someone” and added: “John Terry left the stadium on crutches. I left a hole in his foot and then I signed my shirt to him after the game.”

The FA asked Rooney for an explanation of the comments and the PA news agency understands it has now issued the Derby manager with a warning.

Rooney had said: “Until my last game for Derby, I always wore the old plastic studs with the metal tip.

“For that game (between United and Chelsea in April 2006) I changed them to big, long metal ones – the maximum length you could have because I wanted to try and hurt someone, try and injure someone.

“I knew they were going to win that game. You could feel they were a better team at the time so I changed my studs.

“The studs were legal but thinking, if there’s a challenge there I knew I’d want to go in for it properly, basically. I did actually.

“John Terry left the stadium on crutches. I left a hole in his foot and then I signed my shirt to him after the game…and a few weeks later I sent it to him and asked for my stud back.

“If you look back when they were celebrating, JT’s got his crutches from that tackle.”

Responding to Rooney’s comments, Terry tweeted with a number of laughing emojis: “Is this when you left your stud in my foot?”

Rooney confirmed last Friday he had given his response to the FA.

“I’ve been very open about my state of mind,” he said during a Derby pre-match press conference.

“That was a feeling, it wasn’t something where I went out…I didn’t go onto the pitch thinking I was going to hurt and injure someone, that was a feeling I had. Obviously I had a tackle with John Terry which was a good, honest, 50-50 tackle between two players, no issues.”