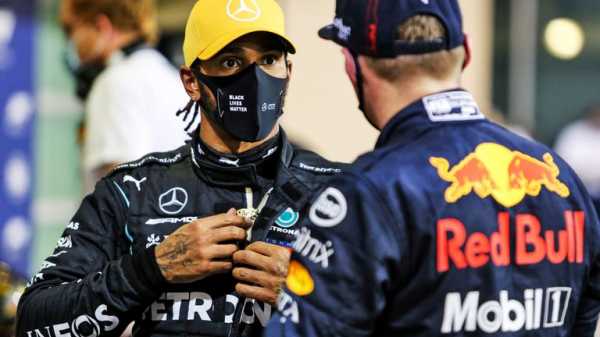 What does F1’s engine freeze agreement mean for Red Bull? And what’s the latest on sprint races? Sky Sports News’ Craig Slater has the answers.

An engine development ‘freeze’ in Formula 1 is set to be introduced from 2022 after it gained unanimous approval in a meeting of the F1 Commission.

In a move which is set to pave the way for Red Bull to take over the running of Honda’s engines from next year when the Japanese manufacturer leaves the sport, engine development for all manufacturers will be stopped at the end of this year for the remainder of the sport’s current engine era.

The idea to trial three Saturday ‘sprint’ races was also discussed for the first time at the meeting, with the idea met with “broad agreement” among the teams. Further talks are now set take place to finesse the concept before a final vote is taken ahead of the 2021 season when it begins next month.

“All teams recognised the major importance of engaging fans in new and innovative ways to ensure an even more exciting weekend format,” read a joint FIA-F1 statement.

“There was, therefore, broad support from all parties for a new qualifying format at some races, and a working group has been tasked with creating a complete plan with the aim to reach a final decision before the start for the 2021 Championship.”

Reduced points would be on offer over the shorter distance.

The result of the Saturday race would then form the grid for the main Grand Prix in its usual slot on a Sunday.

Meanwhile, as reported by Sky Sports on Wednesday, F1 also confirmed it intends for Portugal to take up the vacant slot on the 2021 season calendar. The event, pending the signing of an agreement with the Portimao promoter, will take place on May 2 and be the third round of a season which begins in Bahrain on March 28. 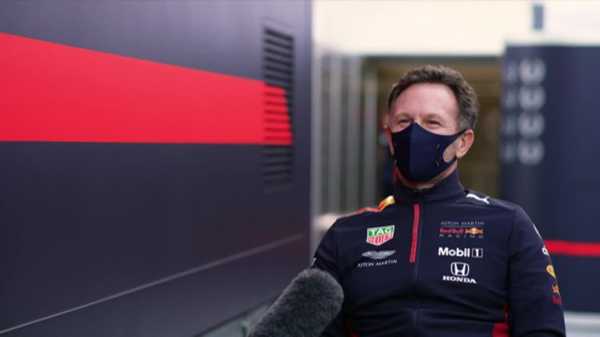 4:41 Hear what Red Bull team boss Christian Horner had to say to Sky Sports F1 back in October about their hopes for engine rules in 2022.

After Honda announced last October that it would be leaving F1 at the end of 2021, Red Bull quickly made clear that their Plan A was to take on the Japanese manufacturer’s intellectual property and run the power units themselves.

But they insisted that such a plan was only feasible if the sport ‘froze’ power unit development from next year, arguing that it would be unfeasible for them to engage in a performance battle with the sport’s three other big engine manufacturers.

The proposal was duly passed in the vote in Thursday’s meeting and, in a statement, F1 described it as a “significant development for the sport that reflects the unity and collaborative spirit between the FIA, Formula 1 and the teams”.

However, any notion of introducing a ‘balance of power’ rule – which would allow manufacturers with less powerful engines to catch up to the leaders at the start of 2022 – was not discussed and is not on the table.

Thursday’s meeting, meanwhile, also confirmed that F1 is now aiming to introduce its next-generation engine into the sport in 2025 – one year earlier than originally planned. The sport has set the following targets:

A working group including current and potential power unit manufacturers and fuel suppliers has been established to look into the possibilities for 2025.