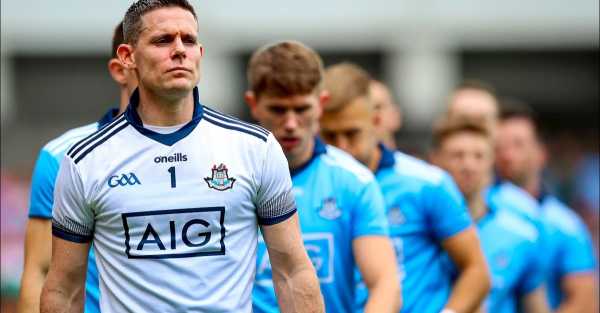 Dublin boss Dessie Farrell has confirmed that goalkeeper Stephen Cluxton will not be part of his panel for this year.

As reported in The Irish Times, Farrell settled the question around the former captain’s position in the squad following Dublin’s O’Byrne Cup victory over Offaly on Saturday.

“Stephen’s not one for big announcements as you know.

“There’ll be no fanfare or official announcements from him, but he won’t be involved this year.

“Out of respect to him, we need to let him live his life, and we need to do our own thing, so we know the position and hopefully everyone else knows it at this stage as well.”

As well as Cluxton, Farrell also ruled out the return of Jack McCaffrey. It comes as Paul Mannion ruled out retuning to the intercounty scene earlier this week.

The Kilmacud Crokes man missed his team’s Leinster final clash against Naas on Saturday after he suffered a knee injury in the provincial semi-final win over Portarlington of Laois before Christmas.

According to Farrell, rumours that Brian Howard and Con O’Callaghan would not be part of this year’s panel are untrue.