Two goals underpinned a dominant third-quarter turnaround by Valley Rovers in seeing off neighbours Newcestown by 3-6 to 1-9 at Páirc Uí Rinn in the opening round of the Cork SFC.

The Innishannon side trailed by 0-6 to 0-3 at half-time but an unanswered 2-2 in 14 minutes put them on the way to victory, John Cottrell and sub Adam Settini with the goals.

Cottrell added his second goal which looked to seal it. But a Colm Dinneen goal set up a tense finish. 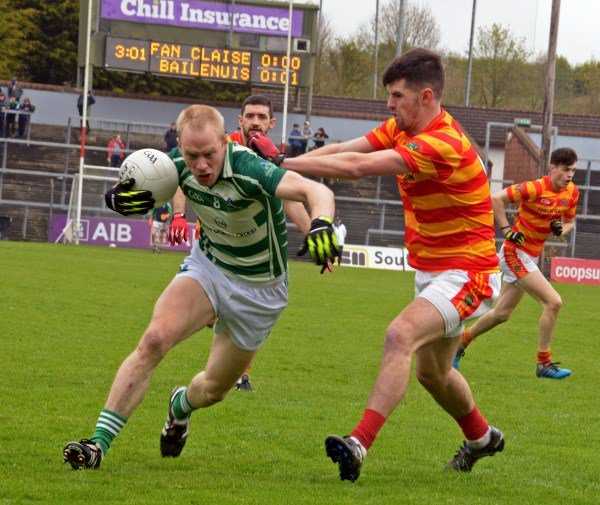 Ballincollig survived a tough test by a young Ilen Rovers side, winning 0-15 to 0-8 in Macroom.

It was just 0-9 to 0-7 when Collig were able to introduce experienced heads John Miskella and Ciaran O’Sullivan from the bench and they outscored Rovers 0-5 to 0-1 down the stretch. At a windswept Castlehaven, Rangers had to thank goalkeeper Paul Shanahan for an important save with two minutes to play.

Rangers were 0-6 to 0-2 ahead at the interval, having played with a gale-force wind.

The Rosscarbery club then used all their experience and guile to build on their first half lead with James Fitzpatrick, Seamus Hayes (free) and Brian Shanahan extending Rangers’ advantage to 0-10 to 0-3. 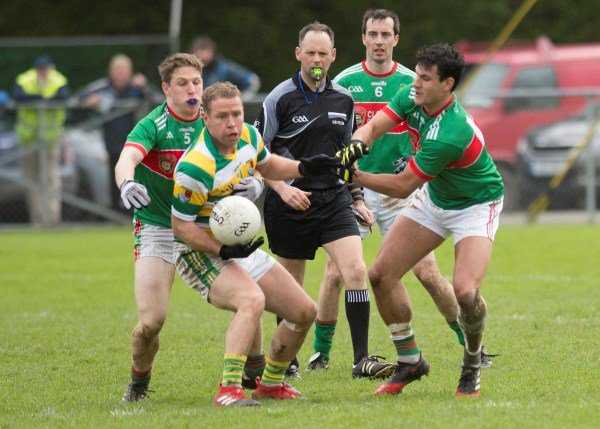 In the Cork Premier IFC, Fermoy beat Bantry Blues 4-8 to 1-8. Arlen Aherne, Rory McEvoy, Ronan O’Callaghan had three first-half goals for the winners, with Padraig Clancy smashing in another 10 minutes from time.

Nemo Rangers pipped Kanturk 1-8 to 0-10 in their Premier clash. An injury-time goal from corner-forward Colm Kiely won it after Kanturk had rallied strongly from 0-7 to 0-2 down.

In the IFC, last season’s beaten finalists Mitchelstown had a hard-earned 2-11 to 1-9 wijn over Kinsale. The north Cork side were 1-8 to 0-3 up at the break, with full-forward Cathal O’Mahony getting the goal in the eighth minute. A second goal from Sean Walsh after half-time more or less wrapped things up, though Ciaran MacCartan had a goal for Kinsale on the three-quarter mark. 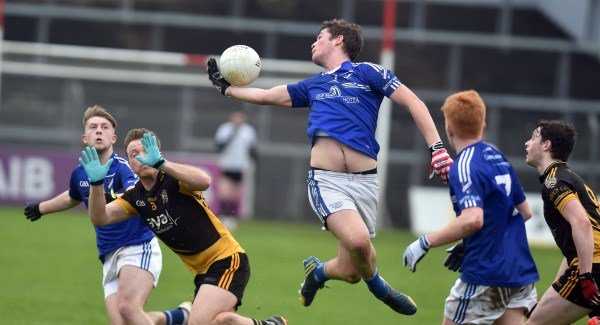 Cill na Martra hit an impressive 2-22 at sodden Macroom to rout Ballinora, who managed just 0-6. The beaten semi-finalists for the past two years had 1-15 from their inside forward line of Ciarán, Daniel and Shane Ó Duinnín. And former Cork senior Noel O’Leary came off the bench to kick two points.

Debutants Knocknagree survived a pulsating opening round clash with neighbours Rockchapel in a terrific Round 1 contest at wet and windy Newmarket, winning 0-17 to 3-7.

The All-Ireland champions trailed by eight points early on, but responded brilliantly, with O’Connor kicking 10 points in all.

Youghall prevailed over Carrigaline tonight, winning 0-18 to 0-16 after extra-time.

In the Cork Premier IHC, Charleville beat Kilworth 1-14 to 1-9 in a entertaining game in tough conditions at Kildorrery. The class of Cork star Darragh Fitzgibbon was the main difference between the teams – he scored eight points for the winners, three from play. Their goal came from PJ Copse.