Kemboy provided Willie Mullins with yet another winner at this year’s Punchestown Festival following a comprehensive victory in the EMS Copiers Novice Handicap Chase.

Fourth in the JLT Novices’ Chase at the Cheltenham Festival, the six-year-old only made it as far as the first fence in the Irish Grand National but bounced back to win a Grade Three at Limerick just a fortnight ago. 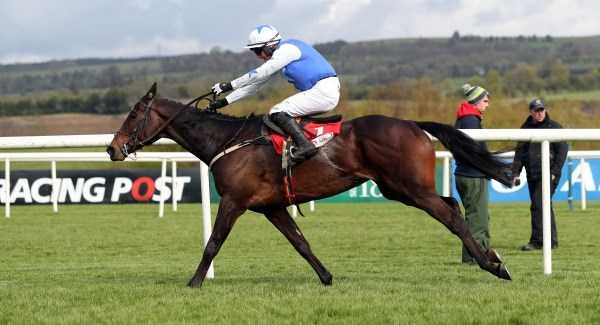 Despite the burden of joint top-weight, Paul Townend’s mount was a heavily-backed 11-4 favourite for this €100,000 handicap and travelled powerfully on the heels of the leaders for much of the two-mile-five-furlong journey.

A Rated gave the market leader a lead into the home straight, but Kemboy soon took his measure and powered clear for a five-length success.

Townend said: “He had a lot of weight, but I thought he was open to some improvement and had a good run at Cheltenham. He travelled through the race brilliantly.

“He has his own way of jumping and has figured it out this far, so we’ll leave him at it.

“You’d imagine he could step back into graded company again now.”

It was a second Festival success in two days for the Supreme Horse Racing Club following Cadmium’s triumph in another valuable contest on Thursday.

Steve Massey, racing manager for the successful syndicate, said: “We thought he was going to be a two-miler, but it looks like he’s going to be a staying chaser. He was very unlucky in the Irish National as we really fancied him that day.

“He’s a classy horse but he’s not over big. I think he can go on and improve and he was really good off top-weight.

“There is only 14 involved in this horse, but it looks like there are about 700 here today!”

Alpha Male was a dominant winner of the opening KFM Hunters Chase for the Bishopscourt Cup.

Last year’s winner and 7-4 favourite Das Mooser set out to make all the running, but was no match for Alpha Male from the home turn, with Peter Maher’s 2-1 shot ultimately passing the post 30 lengths clear under Barry O’Neill.