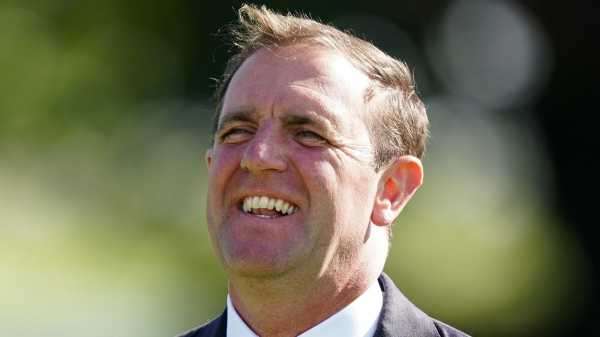 In his own words, British trainer Charlie Appleby took things “to a different level” in 2021, recording a remarkable 17 Group and Grade One victories, including June’s Derby and Irish Derby double.

The Godolphin maestro has celebrated wherever he has gone this year and capped off the season with a top treble at the Breeders’ Cup in the USA last weekend.

A feature of Appleby’s success has been the domination of his two-year-old stars, a clear signal that there may be no stopping the boys in blue in 2022. 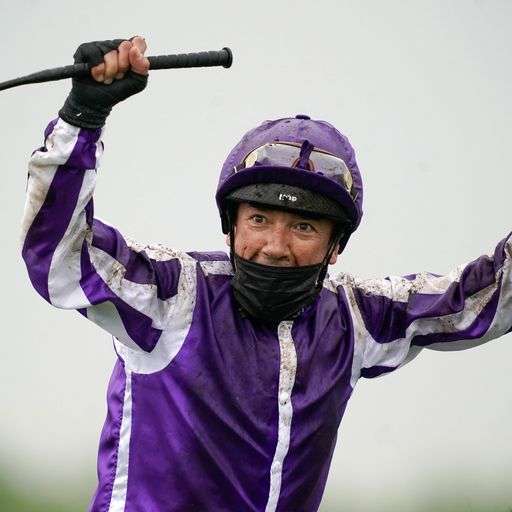 June brought Derby success on either side of the Irish Sea for Appleby, both at Epsom and at The Curragh.

In England, Appleby had three runners and landed the Classic with the outsider of the trio, Adayar. The 16/1 shot – ridden by Adam Kirby – tracked the leaders before hitting the front two furlongs out and powering away for a four-length victory. 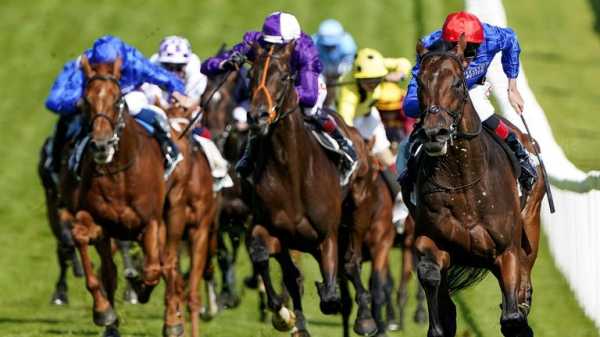 Hurricane Lane (more on him later) finished in third for William Buick, with One Ruler further back in sixth.

Adayar certainly proved it was no fluke by landing the King George at Ascot the following month, and ran a creditable fourth in the Arc despite travelling extremely keenly throughout. 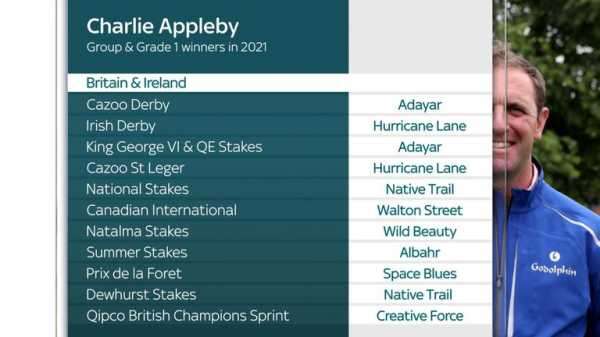 Image: Highlights of Charlie Appleby's Group and Grade One winners in 2021

If the Epsom Derby wasn’t enough for team Appleby, they took the Irish equivalent with Hurricane Lane, mowing down Lone Eagle and Frankie Dettori for a dramatic victory by a neck.

Like Adayar, Hurricane Lane’s form continued into the rest of the 2021 season, dominating his rivals for a six-length victory in the Grand Prix De Paris at Longchamp. 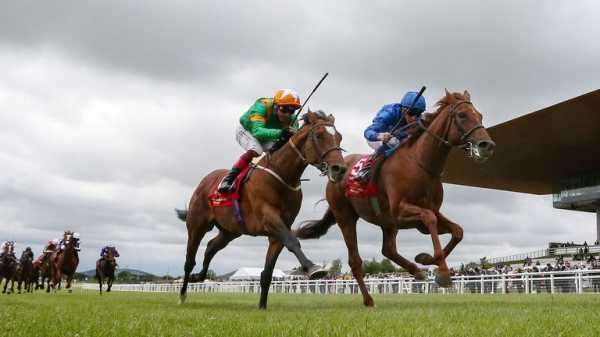 Image: Hurricane Lane battles past Lone Eagle at the Curragh, with the front two well clear of the rest of the field

Hurricane Lane also bagged the final British Classic of the season at Doncaster in the St Leger Stakes at Doncaster.

It would be an extra two furlongs for the three-year-old but that proved no issue as he cruised into contention under Buick, before powering away and winning by just under three lengths, being eased down at the finish.

Hurricane Lane, like Adayar, would run in the Arc, finishing third beaten just under a length by German outsider Torquator Tasso.

Up step the two-year-olds

A day after the Leger, Appleby’s most exciting new star, Native Trail, stepped forward to take the Group One Vincent O’Brien National Stakes at the Curragh.

He beat favourite Point Lonsdale and, in doing so, replaced Aidan O’Brien’s colt at the top of the early betting for next year’s opening Classic, the 2000 Guineas. 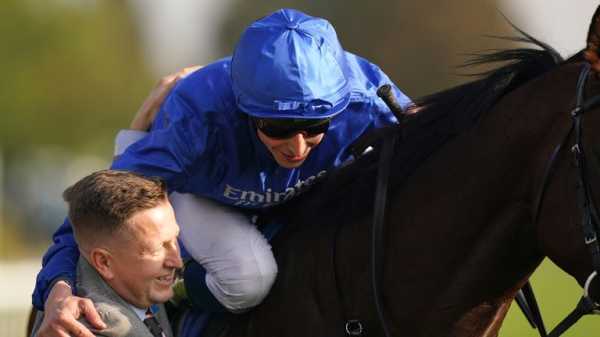 Image: William Buick celebrates with a member of the Appleby team after victory on Native Trail in the Dewhurst Stakes

The son of Oasis Dream, who had already secured Group Two success in the Superlative Stakes on his second career start, cemented his place at the head of the class by following up in the Group One Dewhurst Stakes.

Appleby’s fine run continued across the pond as he teamed up with Dettori in Canada.

Walton Street took the Canadian International, while two more two-year-olds emerged as international superstars – Wild Beauty in the Natalma Stakes and Albahr in the Summer Stakes. 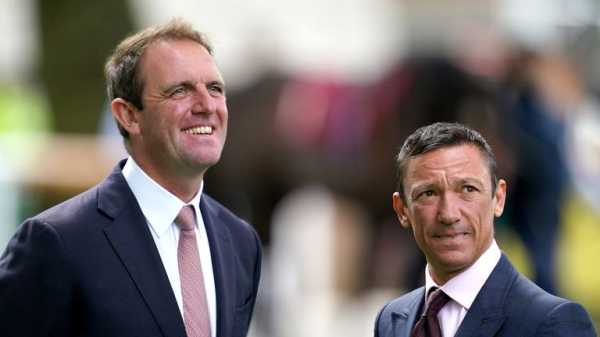 Image: Appleby teamed up with Frankie Dettori for a Grade One treble in Canada in September

Dermot Weld’s returning champion Tarnawa was the headline attraction going into the Breeders’ Cup, but there was no doubting that Appleby’s squad were the most feared by the home team in Del Mar.

A three-time winner already at the ‘world championships of flat racing’, Appleby doubled his tally and in dramatic style. 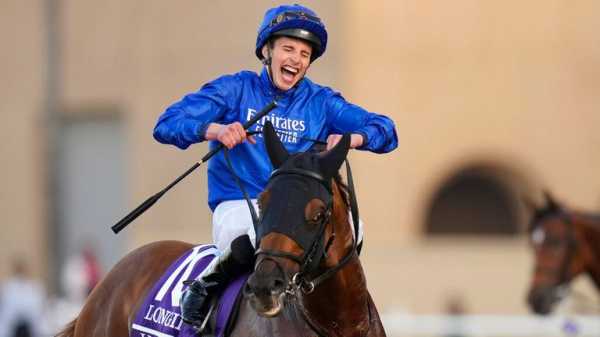 On ‘Future Stars Friday’, Modern Games gave Appleby a third Juvenile Turf after his stablemate Albahr was withdrawn following issues in the stalls.

The same thing remarkably happened the following day, as Space Blues took the Mile after Master of The Seas was declared a late non-runner.

Yibir then made it a stunning treble after flying home under an inspired Buick to take down the Turf, denying Broome and the Aidan O’Brien team. 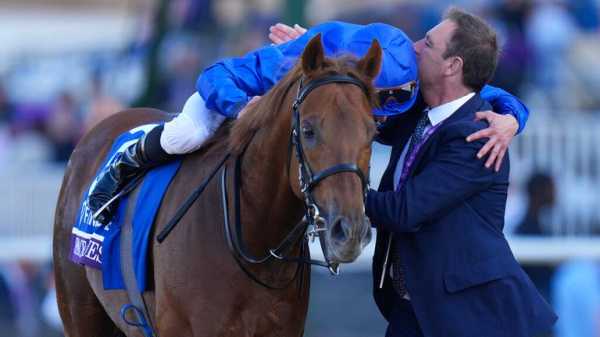 It may well be a case of more of the same in 2022, with a whole host of exciting two-year-olds who could make the grade next season.

Native Trail looks a standout colt and is currently a 3/1 shot for the 2000 Guineas at Newmarket in late April after remaining unbeaten this season. 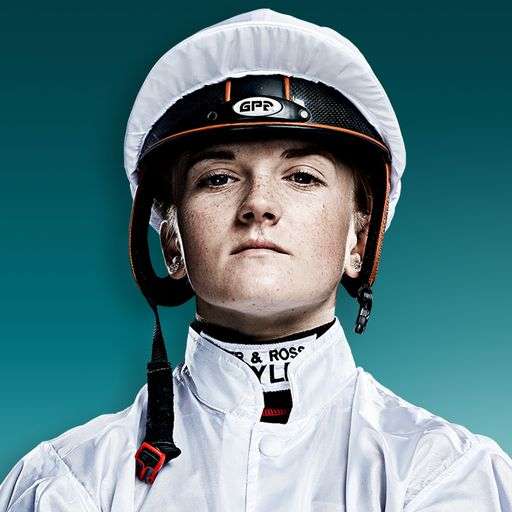 Modern Games was impressive in Del Mar and looks like he could step up in trip for a stellar 2022 season, while Coroebus, 5/1 for the 2000 Guineas, also looks extremely exciting after winning the Autumn Stakes in October.

Having been none the worse for his antics at the Breeders’ Cup, Albahr could yet have more to come, while Zetland Stakes victor Goldspur and Ascot winner New Science are also ones to watch.