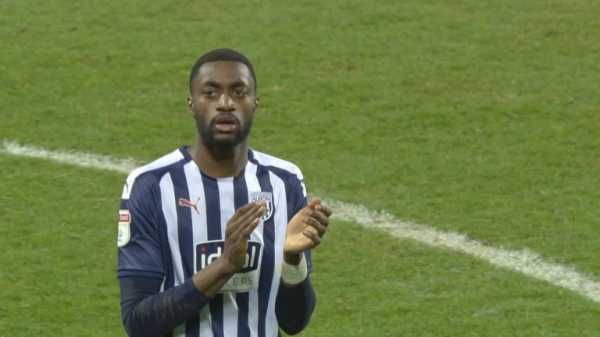 41:50 Our EFL experts assess the best goalkeepers and defenders so far this season 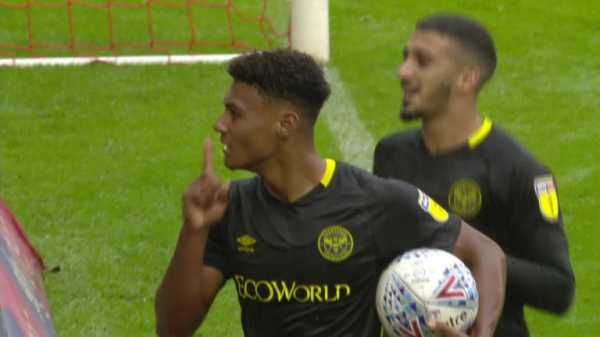 52:04 Our EFL experts assess the best midfielders and strikers in the Championship so far this season 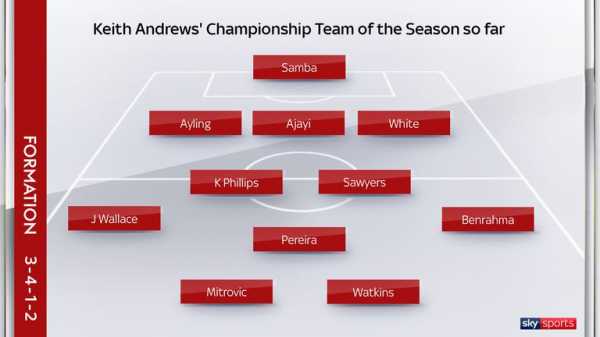 Mark Rodak would be up there for me, but the more I see of Brice Samba the more impressed I am. It’s his first season in the league and he’s been such a commanding presence as a goalkeeper for Nottingham Forest.

There was no left-back screaming out at me, so I have gone for a back three. Luke Ayling has done well in multiple positions this season for Leeds, while Semi Ajayi was a shrewd purchase for West Brom. He has forced his way in from the start of the season and kept his place. Ben White, meanwhile, is a no-brainer. He has settled like snow for Leeds at this level. 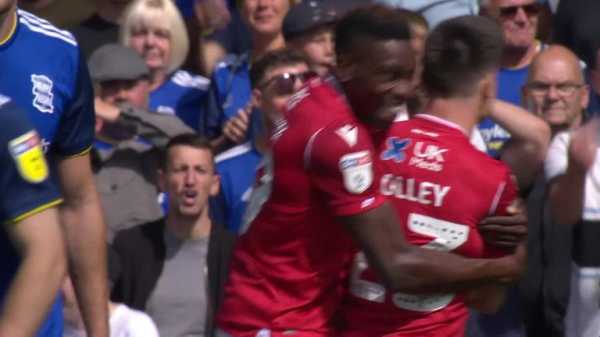 1:57 The top five goals of Nottingham Forest’s season so far in the Sky Bet Championship.

Jude Bellingham needs a mention for his displays, considering he’s just 16, but I have gone for a midfield four of Jed Wallace – who has been like Roy of the Rovers for Millwall, Kalvin Phillips, who has been an absolute rock for Leeds and is a class above everyone else in his position in the Championship, Romaine Sawyers and Said Benrahma.

In attack I have picked Matheus Pereira to sit in as a No 10, who has spent a lot of the season playing on a different level to most, and is my Player of the Season. Then up front Aleksandar Mitrovic, who at times has been living on scraps at Fulham, but has still scored so many goals, and Ollie Watkins – who has adapted superbly to playing up front. 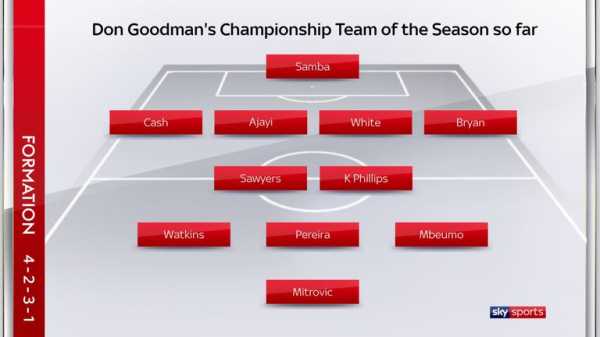 Goalkeeper was tough. Brentford’s David Raya and Fulham’s Marek Rodak were both in my thinking, but I had to go for Brice Samba. He was not even in the team at the start of the season and deserves enormous credit for forcing his way in.

In defence, Nottingham Forest’s Matty Cash has evolved as a player since switching to right-back. I have also gone for Fulham’s Joe Bryan at left-back. You have seen at Liverpool how important attacking full-backs are in modern football. The two centre-backs will be Ben White, who I have been so impressed with at Leeds with his work on the ball and his passing, and Semi Ajayi, who has a brilliant return of five goals, and brings a vital amount of athleticism to West Brom. 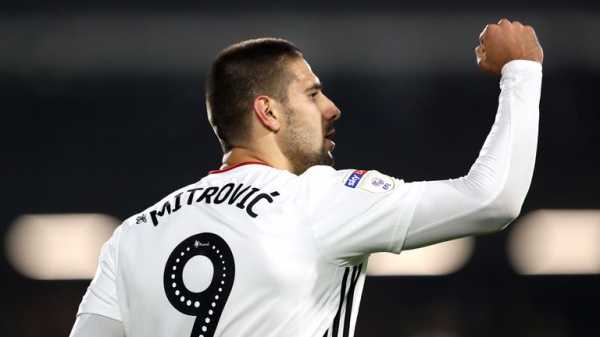 1:57 We have picked out Aleksandar Mitrovic’s top five goals of the season for Fulham in the Sky Bet Championship so far.

Kalvin Phillips has a fantastic range of passing and his reading of the game is fantastic. There is no one better in the Championship at what he does for Leeds. Lewis Travis has been exceptional for Blackburn, but I have to go for Romaine Sawyers to join Phillips in midfield. I liken him to an orchestra conductor for West Brom, he is always available for a pass.

It was hard to leave out Said Benrahma, but I have gone for his team-mates Bryan Mbeumo and Ollie Watkins on either wing. I know Watkins plays through the middle now, but I have had to fit him in. Honourable mentions to Leeds’ Jack Harrison, Swansea’s Andre Ayew, QPR’s Ebere Eze and Preston’s Daniel Johnson, but I have selected Matheus Pereira to complete my attacking midfield. His six assists and 12 goals are an incredible return.

Scoring 23 goals in 34 games speaks for itself for Aleksandar Mitrovic. You look at West Brom and they have players chipping in from everywhere, but Fulham do not have that. He has scored 23 of their 52 goals, which is monumental. That is why he is also my Player of the Season. 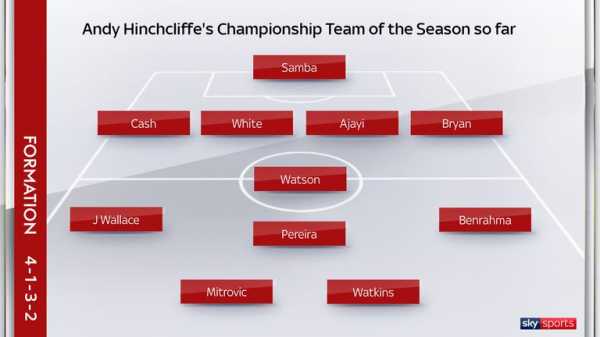 David Raya and Marek Rodak were in the mix, but Brice Samba has, quite literally, been huge in goal for Nottingham Forest this season, so I have to go for him.

The modern full-back is all about getting forward, and that’s what Matty Cash and Joe Bryan do so well for their sides. The amount of goals and assists they have produced this season speaks for itself. In central defence Ben White and Semi Ajayi offer different styles, but they can both defend and play as well. It would be an excellent partnership.

Everyone knows how good Kalvin Phillips is, but I wanted to get more attacking players in and I felt Ben Watson deserved a mention for his brilliant performances this season. Then in my attacking midfield three you have to look at Jed Wallace for how good he has been at Millwall with 10 goals and nine assists, Matheus Pereira has been a huge part of steering West Brom towards promotion and Said Benrahma is one of the standout individuals in the league.

Ollie Watkins and Aleksandar Mitrovic are different types of striker, and Watkins is my Player of the Season as he has just taken to that new position so well and looks a natural goal scorer. Mitrovic has been exceptional but we know all about him. 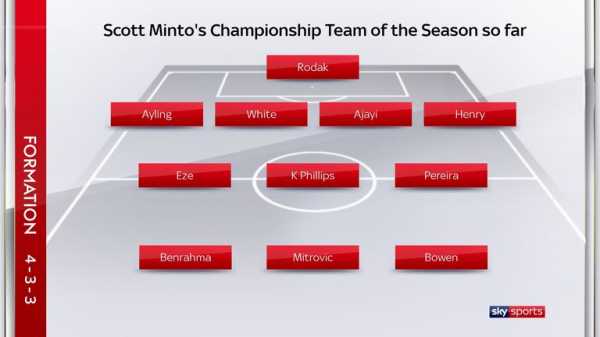 Marek Rodak has helped keep Fulham in the automatic-promotion race. Everyone talks about their striker (who we will come onto later!), but sometimes stopping a goal is as important as scoring them.

Mahlon Romeo has done great at Millwall, but this was a choice between Luke Ayling and Matty Cash at right-back, and I have had to go for Ayling. At left-back I have enjoyed watching Joe Bryan this season, but Rico Henry has been excellent for Brentford. I remember seeing him at Walsall and thinking he was a real talent. Injuries held him back but this has been his breakthrough season. Joe Worrall has also been excellent for Nottingham Forest, but in central defence it has to be Ben White and Semi Ajayi. 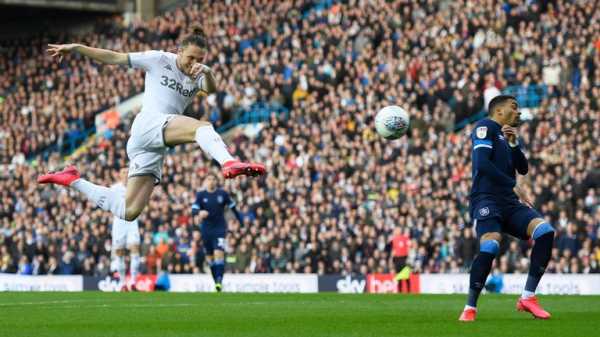 2:15 We take a look at Leeds’ top five goals of the season in the Sky Bet Championship so far.

In midfield you simply have to put Kalvin Phillips in – although it was tough to leave out Jake Livermore and Ben Watson in defensive midfield roles, while Matheus Pereira and Ebere Eze are my attacking midfield pair. With Eze in particular you can see his quality, strength and technical ability and I would be surprised if he was not a Premier League player sooner or later. Jed Wallace, Joe Lolley and Bryan Mbeumo all deserve a shout, but my two wingers will be Said Benrahma on the right and Jarrod Bowen on the left. I know Bowen left in January but you can see how much Hull have missed him.

Hal Robson-Kanu and Lewis Grabban deserve a mention but my striker will be Aleksandar Mitrovic. I have left out Ollie Watkins, even though he is my Player of the Season! He has been a revelation since switching positions for Brentford and looks like he has played that position for years. Because of that he has been my best performer in the Championship. But I did not want to put anyone in a position they have not been playing this season, and if I had to pick one player to start up front for me in the play-off final, it would be Mitrovic. That is the only reason he is in my team ahead of Watkins. 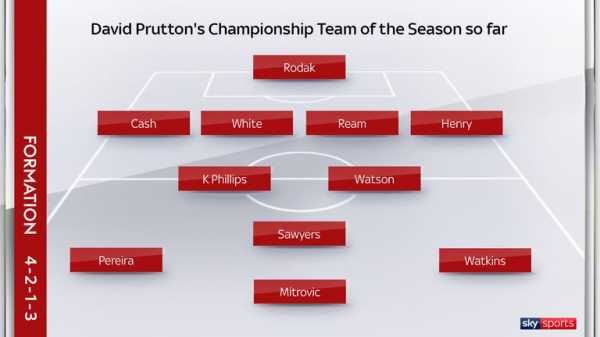 I probably would have had David Raya before his form dropped, and Freddie Woodman at Swansea has been very good, but in a toss-up between Marek Rodak and Brice Samba for my goalkeeper, I will probably just about have to go for Rodak.

Luke Ayling has had a fantastic season for Leeds, but Matty Cash just about pips him at right-back due to the fact he is playing in a new position. Ben White is the obvious choice at centre-back, and I have also been impressed with Tim Ream this campaign. His partner at Fulham has chopped and changed but he has been very consistent. Brentford have the best defence in the league so they need a representative, so I will plump for Rico Henry at left-back. 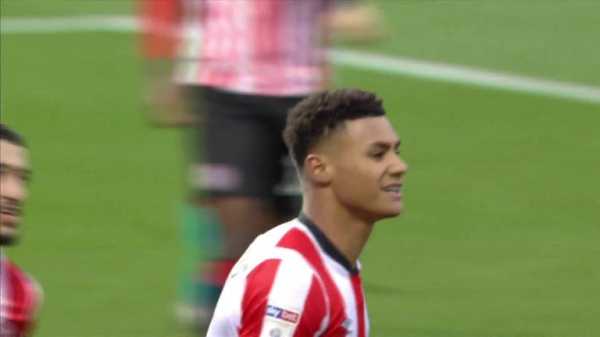 1:58 Ollie Watkins’ top five goals of the season for Brentford in the Sky Bet Championship

You can try and think outside the box, but at the end of the day you have to put Kalvin Phillips in midfield. I may have gone a bit defensive here but I cannot leave out Ben Watson either, because he has looked revitalised this season. Romaine Sawyers was a player I admired at Brentford and I am sure he can play a role a bit further forward than what he is used to with the quality he has!

Up front I have had to shift my Player of the Season Ollie Watkins slightly out of position to get him in. But I will be giving him plenty of freedom to cut in from the left! Matheus Pereira will be on the other side in my fluid formation and both will provide Aleksandar Mitrovic with plenty of service. 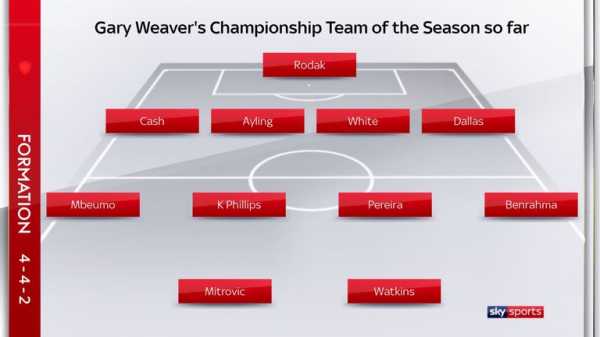 Marcus Bettinelli started the season in goal for Fulham but you felt they needed to make a change at goalkeeper, and Marek Rodak came in and has been exceptional – aside from the infamous Barnsley game! Then the game after that he bounced back and was brilliant against Derby.

Matty Cash said at the start of the season he wanted to prove people wrong who said he could not play at right-back, and he has done just that! While I have to get Stuart Dallas in the team at left-back. Marcelo Bielsa always finds a place for him so I will too! Ben White has been excellent and Luke Ayling, who has flipped between positions, has emerged as a real leader on the pitch, so I will put him in to partner his Leeds team-mate in central defence.

Kalvin Phillips will be sitting deep. He can do everything and he will be busy with the amount of attacking talent I have got elsewhere! Matheus Pereira will join him in the middle and provide that X Factor, while I have gone for Bryan Mbeumo on the right of midfield and Said Benrahma on the left. Both have produced incredible numbers this season.

Up top will be Aleksandar Mitrovic, who has scored so many important goals for Fulham and is massively important for them in his hold-up play, and Ollie Watkins – who is my Player of the Season. He has adapted and turned into a proper No 9. He knows where to be in the penalty box, and he’s a top lad.