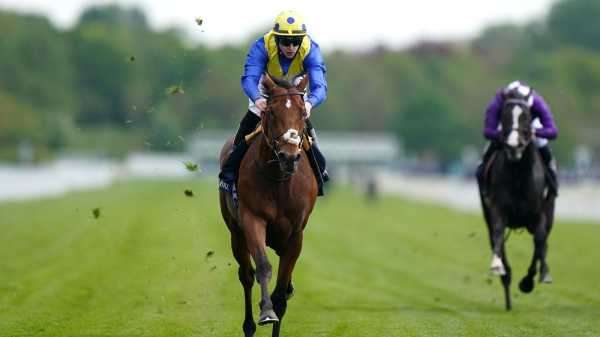 Sky Sports Racing’s chief analyst Jamie Lynch has taken an in-depth look at every horse in Saturday’s Cazoo Derby at Epsom and a big-race selection.

A dynamite Derby, like a roundabout with an assortment of avenues of approach, which makes it such a compelling classic.

From the unknown quantity of the favourite Desert Crown to the known qualities of the Ballydoyle contingent from Ireland, and everything in between, this has all the hallmarks of an Epsom epic. Let’s go through the field. 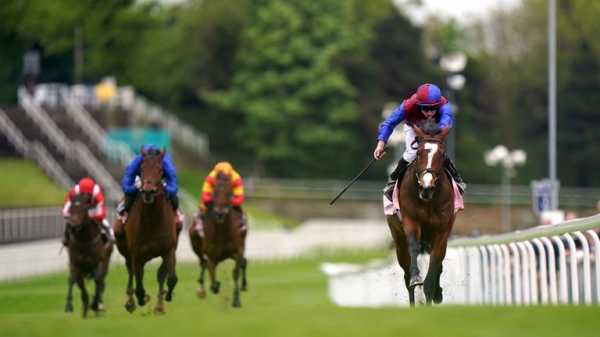 Took a pin to the bubble of New London in the Vase, living far more up to his pedigree in the process, but Chester was the very embodiment of a perfect storm for him, bullying a small field at a course that he loved as much as New London hated, over the Derby distance.

To a large extent, he has shown his hand, a hand that won’t win him a Derby, requiring even more expression from him, hard to do in the Epsom environment whether or not he gets to the lead again.

Light on experience, going to a track that’s a world away from those he’s faced so far, and tackling a trip that’s at odds with his family line. The negatives of Desert Crown exist in the ether, all hypothetical, pertaining to what he hasn’t tried rather than what he hasn’t done, because the evidential evaluation of him is overwhelmingly positive.

The Dante is the reason he’s a firm favourite, but Nottingham on his only two-year-old start is at least as revealing, because you can count on one hand the number of Sir Michael Stoute debutantes in the last 20 years who’ve won in that way.

It’s rare and ridiculous how strong he has been at the end of both his races, a fusion of power and potential. In short he looks a true top-notcher. 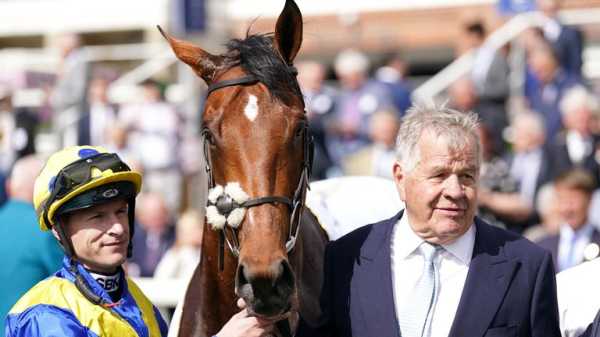 Down the field on his only start (Listed level) and has no business in this race.

Ran above expectations (18/1) when runner-up in the Derrinstown but still didn’t lay a glove on Stone Age. Won’t be good enough, but has at least earnt his place in the field which, for a £3,000 yearling, is quite the story in itself. 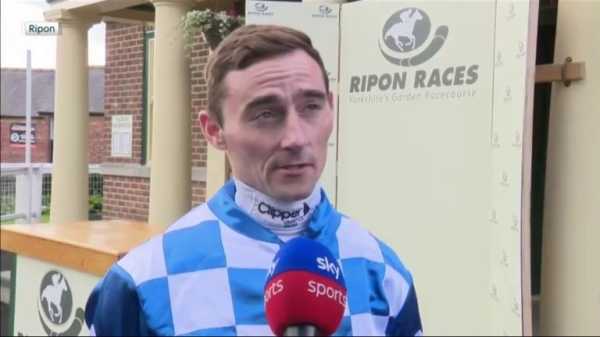 Jockey Danny Tudhope is counting down the hours to his first ever ride in the Derby at Epsom aboard Charlie Fellowes’ 100/1 outsider Grand Alliance.

Punching above his weight at this level, despite how close he went (½-length second to Nahanni) in the Blue Riband Trial back in mid-April, that boundaries decidedly different for a Derby, and he’s not bred to stay this far, either.

Once is chance, twice is coincidence and three times is a pattern; and three times Hoo Ya Mal has been beaten in mere Listed company, so it’s safe to say he’s not up to Classic company.

The negatives are many and meaningful: he’s a doubtful stayer (yet to try beyond 9f), who has been beaten favourite in lesser company on his last two starts, and was withdrawn from the Dante because he was unruly in the stalls.

But it’s not a one-way street, as there are a few punchy positives with him, not least the fact he forced a photo finish with Native Trail in the Superlative last summer, and his stable is at full tilt now when it wasn’t for his comeback in the Feilden at Newmarket where his second to Eydon was compromised by his keenness first time out.

If there’s a lively one among the longshots then it’s probably Masekela. 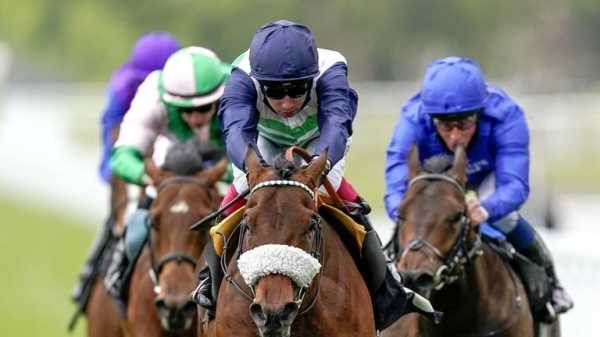 Jason Watson is hoping Masekela will stay the 12-furlong trip in Saturday’s Cazoo Derby at Epsom.

A case of ‘why not?’ after winning the Blue Riband Trial that got him a freebie into the main event, but only the track is the same, as making all against that field is a different ball game entirely from his task in this considerably classier company.

That said, keep an eye on him in terms of a St Leger possible, as he’s bred for it, from the family of Mastery.

Is he the Godolphin primary player for the Derby because he’s that good, or because his team-mates aren’t?

The willingness to pay the £75,000 supplementary fee is an answer of sorts, further encouraged by his homework since, so says Charlie Appleby, but the form which puts him within hailing distance of Desert Crown and Stone Age does have strings attached, coming in a small field at Newmarket back in April, and the time didn’t match the visuals.

His odds reflect less what he’s done and more what’s happened since. 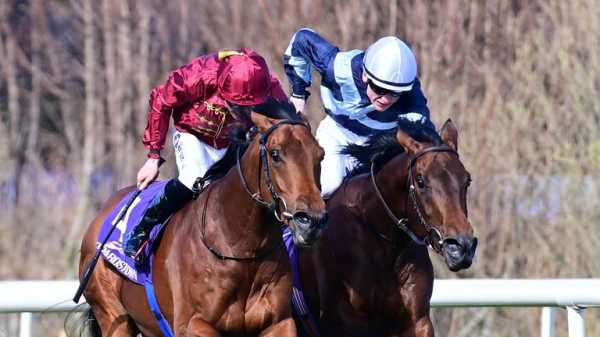 Image: Piz Badile and Gavin Ryan (right) battle it out with Buckaroo in the Ballysax Stakes

It’s only a broadside on his latter 2-y-o start (in a Group 3) that has prevented a 100 per cent record, and there was lots to like about his comeback win in the Ballysax (from next-time winner Buckaroo), when Bluegrass was a similar distance behind him as Desert Crown in the Dante.

Brighter spotlight on him ever since Frankie Dettori committed to him, if anything slightly distracting from the fact Piz Badile has laid very solid foundations for a Derby, though his stamina isn’t copper-bottomed on pedigree. 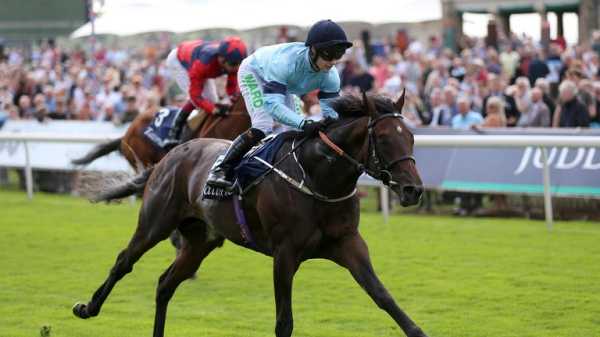 Busiest of all the Derby field, having raced eight times, so it’s hard to believe he hasn’t laid it all out there by now, and even harder to believe that he’s got any chance of reversing the form with Desert Crown from the Dante (3¼ lengths second).

Front-runner until upped in trip at York, a nod towards suspect stamina that day, and he’s got further to go this time, though his dam won over 12f.

We haven’t seen the best of him, not by any means, but all the reasons why that’s the case are all the reasons why he’ll surely struggle in this exacting environment, as he’s been immature and inefficient in both starts since a scintillating two-year-old debut, posing little threat to Star Of India at Chester last time. 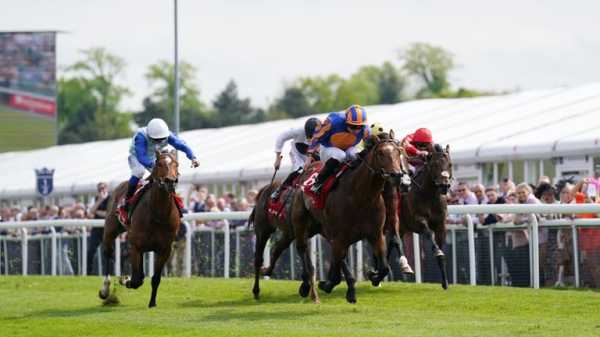 He was functional rather than flashy at Chester, but his process showcased poise and balance, compatible with Epsom, and the feeling by the end of the Dee was that the race hadn’t got near the bottom of him.

The case for him is in the conjecture of what he might do rather than calculation of what he’s done, but the force is strong in this one. 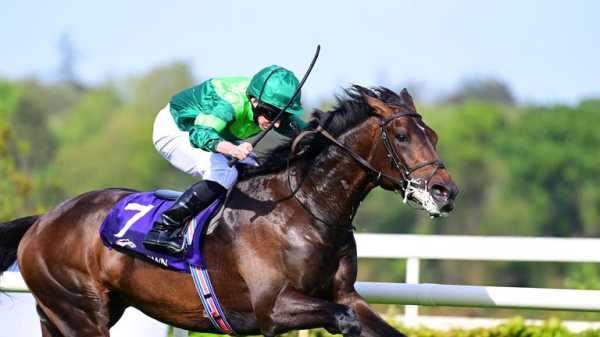 Much is made that he was a five-race maiden at two, but the Ballydoyle data had clearly earmarked him as a proper one, as he was favourite for a Group 2 on his third start and contested Group 1s thereafter.

That backdrop makes more sense of what he did in the Derrinstown, an exhibition in polish and professionalism, hardened edges that draw a dividing line between him and Desert Crown, one area away from ability in which Stone Age may have an edge.

It may not be enough, as others in the field have greater potential but, on this track at this trip, he’s nigh-on guaranteed to run the race of his life.

There’s certainly a whiff of the Adayar about him, not just the fact he was likewise beaten favourite into second in the Lingfield Derby Trial, as he also looks to be cut from the same cloth with his stride and strong-galloping style, a matter of when and not if it all clicks with him.

Just because Adayar handled Epsom surprisingly well doesn’t automatically mean Walk Of Stars will follow suit, however, as Adayar was more the exception than the rule in respect of horses with their sort of MO around Epsom. 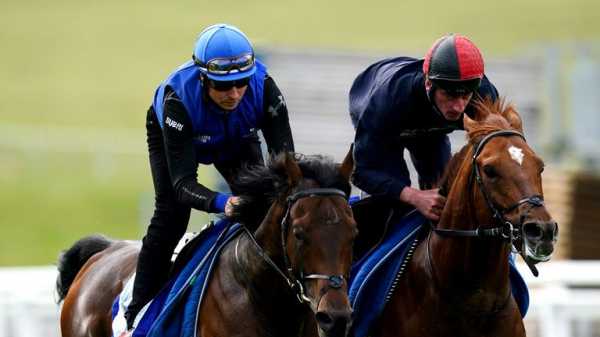 Image: Walk Of Stars and Nahanni work at Epsom ahead of the 2022 Derby

Not easy to evaluate after scrambling home in the Classic Trial at Sandown, involving as it does the unanswerable question of whether the steady pace helped or hindered him that day.

But the bigger picture is positive, given his two-year-old groundwork prior to Sandown and the sheer size of him which proposes progress as time ticks on and the trip ticks up (by Frankel).

However, he could improve another 7lb and still finish only fifth in this year’s Derby, which itself would be an achievement at his stage of development.

The only participant outside of Desert Crown to bring an unbeaten record to the Derby but, in his case, it’s just a pair of novices and, as good as he was at Nottingham (won by 5 lengths), this is bound to be a shock to his system.

Clear that connections think a lot of him, as he had big entries before setting foot on the track, and his dam won the French Oaks, but the best horse he’s beaten is rated 92 and now he’s messing with a dozen on 100+. 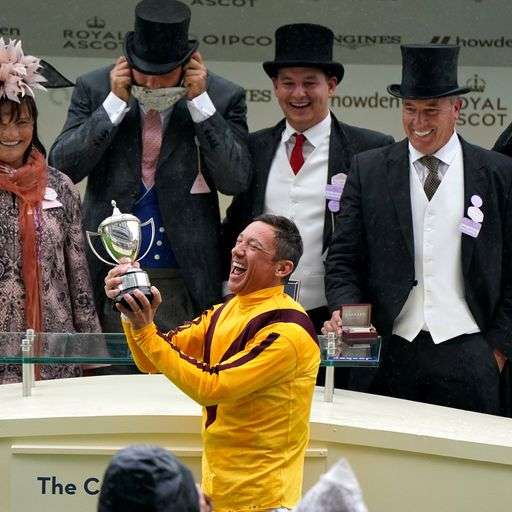 It’s heart versus the head with Desert Crown, who looks something special, but whose price feels uncomfortably short given all that can go wrong on a track like this in a field of this size.

As a value alternative, STAR OF INDIA strikes me as the transformer in disguise, as the more you rewatch Chester the more you see the hidden depths, and he could just have the right cocktail of style, speed and stamina to shine at Epsom.

For a big swing of the bat, there are several reasons for thinking Masekela can make more of an impact than his odds imply.