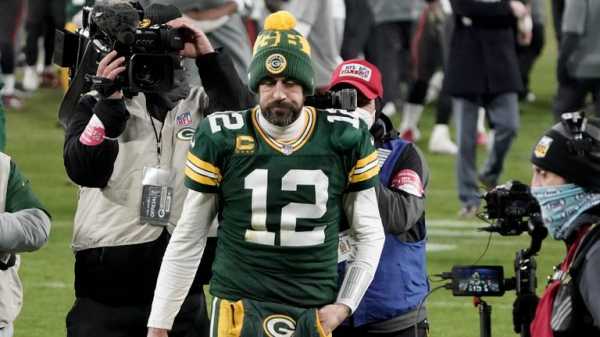 It was the first of two straight losses for the Packers in an NFC title game, with defeat to Brady’s Bucs finishing their 2020 campaign. Rodgers has been bounced out of the playoffs one game shy of the Super Bowl on four separate occasions now since winning his solitary ring 10 years ago.

Rodgers and the Packers did earn revenge of sorts last season, with a 34-17 shellacking of a massively under-manned 49ers side decimated by injuries and missing a further four key players due to receiver Kendrick Bourne testing positive for Covid-19 and three others being deemed close contacts.

Can Green Bay produce a similar scoreline against a 2-0 San Francisco side that has back Nick Bosa, George Kittle, Deebo Samuel and Trent Williams, among others? 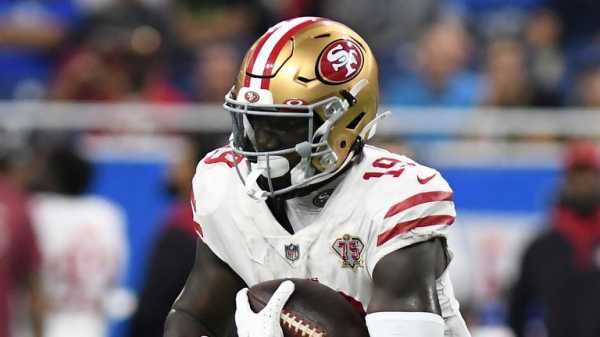 Not according to Chris Simms on Pro Football Talk (weekdays, 7pm, Sky Sports NFL), they’re not. “If you’re asking me to call it right now, they’re going to lose to San Francisco,” the former NFL quarterback said this week.

“The Packers are still the same team of two years ago. I don’t think they’ll stop [San Francisco head coach] Kyle Shanahan and the run game, and I think the 49ers defense is the real deal.

“They’re up against a team with good defensive and offensive fronts, and the Packers usually get pushed around when up against that because they don’t have enough good players up there.

“It’s going to take a special performance from Rodgers and the passing game to win.”

Kyle Brandt said similar on Good Morning Football (weekdays, 12pm, Sky Sports NFL): “It’s about whether the Packers are tough enough on defense? And there is no worse team to play in the league than the Niners – they’re going to go at you.

“I know that Rodgers is going to be fine, same too with all of those guys on the offense. But does anybody in their front seven want to stop somebody? That’s what will determine this one on Sunday night.”

One area where the 49ers are still understrength is in the backfield. Mostert, along with his 220 yards and four TDs from that NFC Championship win, will be missing after picking up a season-ending knee injury in Week One. Rookie Elijah Mitchell, and JaMycal Hasty, who have both flashed to start the season are also expected to be out on Sunday with shoulder and ankle injuries, respectively.

Also, Rodgers – who threw for 305 yards and four touchdowns on his last trip to Santa Clara – could well feast again on a shaky San Francisco secondary down both of its starting corners. Emmanuel Moseley is yet to play this season and is still ‘questionable’ for Sunday with a knee injury, while Jason Verrett has been lost for the season to a torn ACL sustained in Week One. Rookie fifth-round pick Deommodore Lenoir has been installed as a starter, while veterans Josh Norman and Dre Kirkpatrick will still be getting up to speed having only recently signed.

Rodgers will be hoping the depleted San Francisco secondary serves up some opportunities for him on Sunday night, as this is a Packers team in need of a statement victory – to convince their quarterback, as much as anybody, that they can deliver Championship-worthy type wins over fellow contenders.

They failed on their two trips to the Bay Area in 2019. Should the 49ers deliver another crushing blow this time out, questions will again circle regarding Rodgers’ future in Green Bay – and perhaps even the NFL in general.