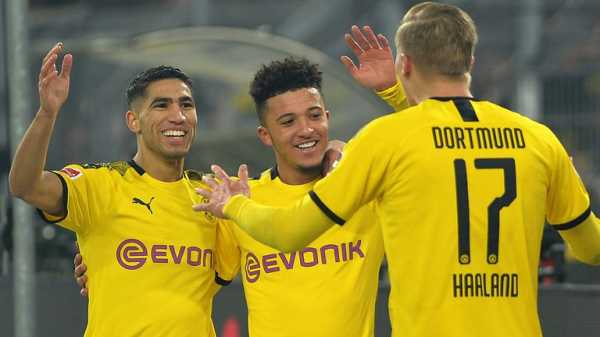 2:25 Sky’s Martha Kelner reported from Dortmund, as the Bundesliga got set to return from behind closed doors

With 30 minutes on the clock against Schalke, he got into a fantastic position in the heart of the box and was found by a majestic pass from Thorgan Hazard. There was an air of inevitability surrounding whether the net would bulge or not, as the striker skilfully flicked home a cool finish into the corner.

His socially distance-inspired celebration of rather understatedly dancing on his own with his team-mates watching on was a fitting moment. Despite his age, Haaland looks already nearly the finished article judging on this mature performance leading the Dortmund line. When he needed to do the hard yards off the ball, he mucked in; when he had to make the right run, he made it; and when a chance came his way, he finished it. 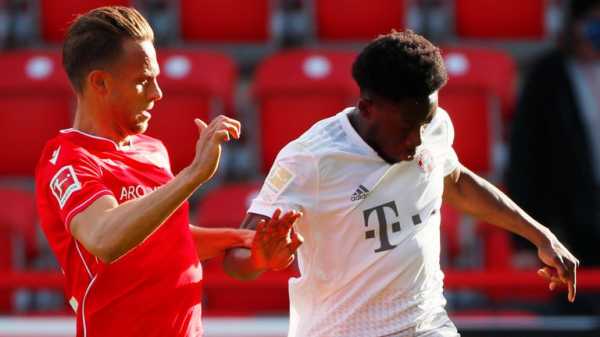 Temperature readings were swift upon arrival for the players, coaching staff and members of the assembled media, but Bayern Munich’s 2-0 win at Union Berlin was the latest ghost game not to pass without its teething problems.

Police presence outside ushered away the few supporters who had ventured to the outskirts of the An der Alten Forsterei, while it took a minute and 45 seconds to confirm that Thomas Muller’s knee was just ahead of the last defender for VAR to chalk off a Bayern opener.

Benjamin Pavard then hugged David Alaba after scoring – which went against Bundesliga guidelines – but the metronomic finishing of Robert Lewandowski and rampaging runs of Alphonso Davies overshadowed those imperfections.

The 19-year-old Davies is Bayern’s emerging star, having taken a remarkable route to the top – and as Chelsea found out to their cost in the Champions League last-16 first leg at Stamford Bridge in late February, there is no substitute for raw pace. 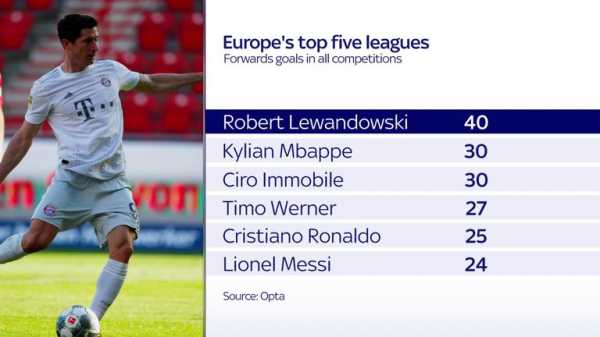 This was far from Bayern’s best performance, but the left-back’s supreme all-round ability was underlined by his game-high 36 sprints as he sparkled in tandem with Serge Gnabry.

After two months out of action, the Canadian would have been forgiven for being a little rusty, but no player bettered his three key passes while his athleticism to snuff out a late chance for Union to deny Bayern a clean sheet further belied his age, with just 28 Bundesliga games to his name. 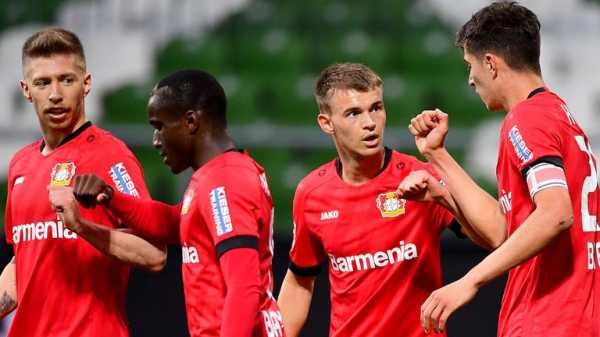 The hype surrounding Kai Havertz continues to build, and rightly so, after an impressive two-goal performance for Bayer Leverkusen at Werder Bremen on Monday night.

Before the suspension of football, he was in fine form, scoring five goals and producing five assists in his last eight appearances for Leverkusen, showing himself to be one of the hottest young forwards in Europe.

The 20-year-old was already attracting plenty of attention from Europe’s top clubs, but, with the eyes of the football world on Bremen, his headed double served as a reminder of his undoubted talent.

Any danger of a loss of momentum during the enforced break due to the coronavirus pandemic were dispelled in five first-half minutes at the Weserstadion as Havertz picked up exactly where he left off… scoring goals. 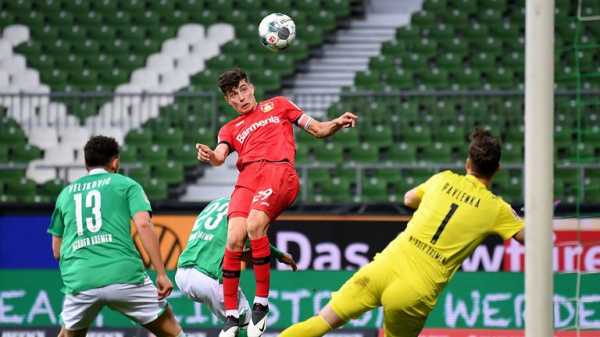 Leverkusen’s skipper converted two headers to take his tally to 12 goals for the season and four goals in his last three games in all competitions.

He did spurn a couple of chances later in the game to complete a first senior hat-trick before being substituted in the 85th minute, but that will not have spoilt his evening.

They are stats to suggest that the hype is real.